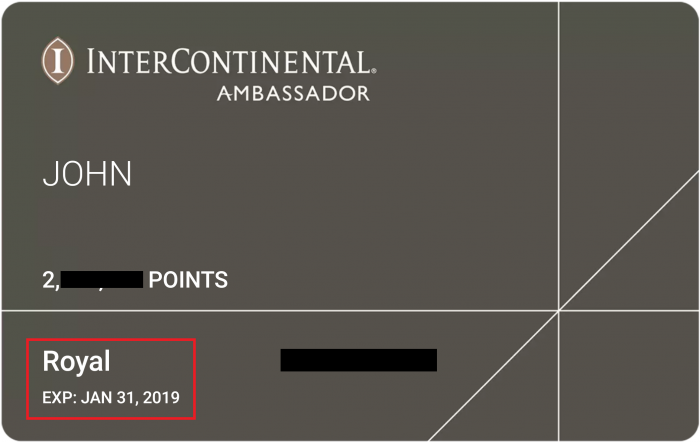 Many members were complaining that expiring the status at the end of the year made very little sense because the renewals/downgrades were not processed before first/second week of the year and theoretically members would be without any status for some time.

Seems that now IHG has extended the Royal Ambassador status through January 31, 2019, even when the qualification period ends on December 31st.

This makes perfect sense because some members may need to contact the Ambassador service center and request manual review in case of adjusted stays that the automated process may not correctly count.

This is much welcomed move. Now members can book their January stays fully knowing that the Royal Ambassador benefits will be honored even while their status is being extended (or perhaps not).

I just hope that IHG Rewards Club/Ambassador program would have less mishaps with these renewals.