Another crazy and unfortunate story surrounding so called Emotional Support Animals (ESA) coming from the U.S. where a child was just bitten by a dog on board a Southwest Airlines flight. 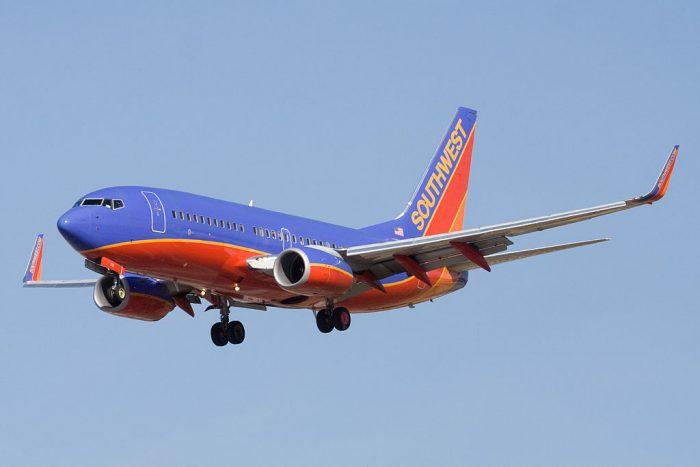 Under the law airlines are required to transport passengers and their non-human companions in the cabin if adequate paperwork is presented certifying that the animal serves as their ESA.

Over the years we have reported many times about the various cases of Emotional Support Animals that were spotted flying in the U.S. and at least from reading about it causes laughter (not so much if you’re actually a nearby passenger on one of these flights).

Previous incidents involved a flying turkey, most recently a peacock and even a pony.

Dogs are rather common as ESA’s and are usually trained to be calm and not pose a danger to other people around. However in recent years the rampant fraud where people got faux certifications for the animal of their choice resulted in lots of untrained animals who could very well leash out at a moments notice when provoked or scared by something.

USA Today (see here) reported today that a child was bitten on the Southwest flight.

A child was bitten by an emotional support dog on a Southwest Airlines plane in Phoenix late Wednesday, adding to the debate about the risks of an increasing number of in-flight animals.

The teeth of the dog scraped the child’s forehead as the passenger approached it after boarding a flight bound for Portland, Ore., according to Southwest.

The child, whom the airline says was 6 or 7 years old, was treated by paramedics for a minor injury, the airline says, and continued on the flight. Southwest did not disclose where the passenger lives.

The unidentified dog owner remained in Phoenix when the flight departed about 20 minutes late, the airline said. …

Southwest spokeswoman said there are no immediate plans to change its policy on emotional support animals but said the airline is continuing to study the issue.

No matter what lead to this incident, an animal on board an aircraft that can react in an uncontrolled manner in a way that leads to injury of another passenger is not suitable to be a service or comfort animal with the privileges it usually entails.

Delta released a statement earlier this year calling out the blatant fraud and out of control behavior of both animals and some passengers:

… Customers have attempted to fly with comfort turkeys, gliding possums known as sugar gliders, snakes, spiders and more. Ignoring the true intent of existing rules governing the transport of service and support animals can be a disservice to customers who have real and documented needs. Delta has seen an 84 percent increase in reported animal incidents since 2016, including urination/defecation, biting and even a widely reported attack by a 70-pound dog. In 2017, Delta employees reported increased acts of aggression (barking, growling, lunging and biting) from service and support animals, behavior not typically seen in these animals when properly trained and working.

New Procedures & Updated Requirements
In compliance with the Air Carrier Access Act, Delta provides in-cabin travel for service and support animals without charge. The guidelines, effective March 1, require that all customers traveling with a service or support animal show proof of health or vaccinations 48 hours in advance. In addition to the current requirement of a letter prepared and signed by a doctor or licensed mental health professional, those with psychiatric service animals and emotional support animals will also need to provide a signed document confirming that their animal can behave to prevent untrained, sometimes aggressive household pets from traveling without a kennel in the cabin. These measures are intended to help ensure that those customers traveling with a trained service or support animal will no longer be at risk of untrained pets attacking their working animal, as has previously been reported. …

Title 14 Code of Federal Aviation Regulation § 382.117 dictates, “you must permit the service animal to accompany the passenger with a disability at any seat in which the passenger sits, unless the animal obstructs an aisle or other area that must remain unobstructed to facilitate an emergency evacuation.”

This makes it difficult if not impossible for a carrier to flat out deny passengers the transportation of their animals. The U.S. Department of Transportation has updated the rules along the way (see here) but it still leaves loopholes wide open and exposes the airline to fraud by dishonest passengers and other travelers to dangers as it occurred here once more.

Many of the laws and regulations in the U.S. (as in other parts of the world, but there in particular) are outdated and require a review. Children and adult passengers are being injured because some people want to take their ‘service animal’ on board an airplane. The well intention of the regulation is simply not good enough to outweigh the dangers and disadvantage it poses to unrelated parties. These are not seeing eye dogs for the blind that provide vital services without whom an individual isn’t able to go about his or her daily life. The authorities let people run wild when they left often and in some cases specified that an emotional support animal can even be something as outrageous as a miniature pony.

Hopefully this case will result in a lawsuit by the parents of the injured child against the involved parties which would be the owner of the dog as well as Southwest Airlines. I’m not saying that Southwest has immediate fault but I believe that especially in an environment of litigation such in the U.S. you can only put pressure on the airlines when they have to fear lawsuits in order to review their policies.

Southwest Airlines Buy & Gift Rapid Rewards Points Up To 75% Bonus Through May 28, 2021