Air Asia Experiment – Can Flying On A Low Cost Airline Challenge The Experience Of A Full Service Carrier?

This week I decided to go for a low cost airline flight using Air Asia to fly from Bangkok to Denpasar-Bali to compare the experience to a full service carrier how it would be if I purchase every premium option available. 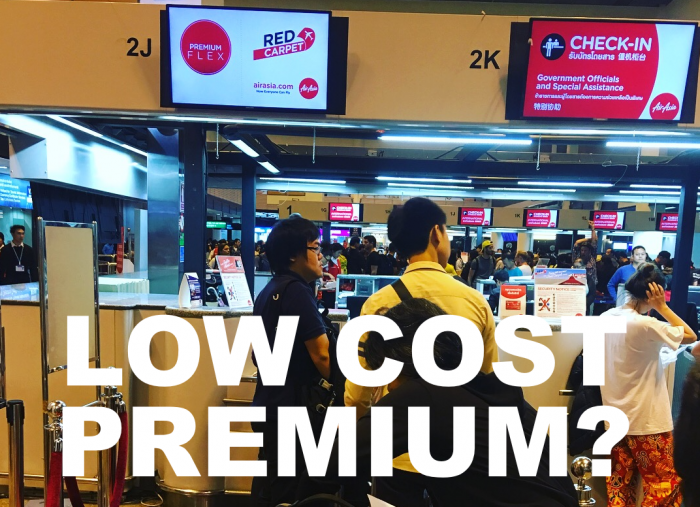 Next to the flight itself I purchased a premium flex ticket option that includes priority services and a meal, fast track at Bali Airport and used the lounge at Bangkok’s Don Muang Airport through Priority Pass.

Let’s start off by saying that this flight wasn’t exactly cheap-cheap but with ~ US$130 a decent enough price for a 4 hour one way flight. People often think just because it’s a budget airline prices have to be almost nothing and this clearly isn’t the case

The main reason why I took this flight was the timing as it’s the first flight out of Bangkok going to Bali, leaving at 6:15am which is a whole three and a half hour before the Thai Airways flight leaves which is usually late as pretty much every single Thai flight I’ve been on during the past 12 months.

I fly the Bangkok to Bali route at least 3 times per year and so far always decided to pick Thai or if there is a sale I might use Malaysia Airlines in Business Class. I’ve written about a previous experience with Thai Airways on this route here where I was able to select First Class seats on a 747 aircraft which unfortunately got swapped out against a 787 Dreamliner with the standard new Business Class seats. The TG flight also lands at 14:45 and the airport is busy during that time, pretty much rendering the entire arrival day useless as far as some beach time is concerned.

That’s why I was happy to get up early and take Air Asia this time which arrives at 11:15am and for good measure I also booked The Bali Concierge fast track service for Denpasar as there are four arrivals (3 of which are wide body aircraft with tons of passengers) around the same time. This service apparently went down in price from 500,000 IDR to now 400,000 IDR per passenger (approximately US$29) and I consider that a worthwhile investment if it helps me to salvage pretty much an entire afternoon. I previously wrote how out of control the immigration lines in Bali are many times (see here) and this small fee circumvents all of it.

So what I ended up booking is this:

Air Asia flight Bangkok-Denpasar 3,400 THB
Premium Flex Package offered at booking for 846 THB
Fast Track at Bali Airport at 400,000 IDR (US$29)
Use of Miracle Lounge at DMK Airport with my AMEX Priority Pass at no fee 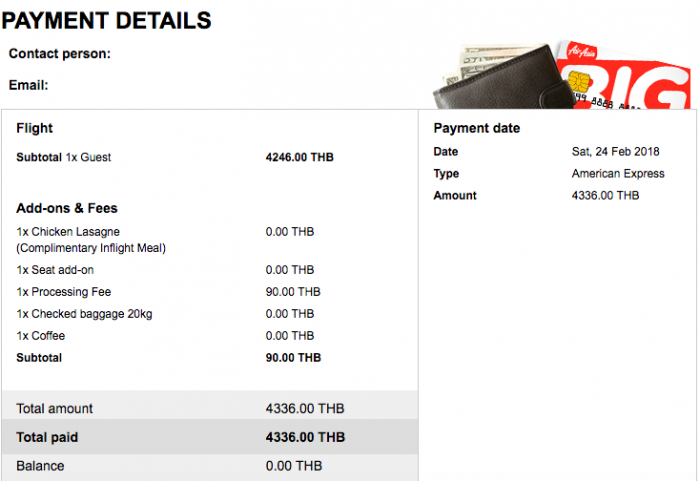 The good this about the Premium Flex package is that it includes a meal (chicken lasagna, it was awful so never pick that!), beverage, Hot Seat reservation in the first row or exit row, priority check in/baggage/boarding.

The priority check-in was a huge relief as the lineup was very civilized compared to the main counters. DMK Airport doesn’t provide premium lanes though it didn’t affect me in any negative way as the airport was pretty dead in the morning. 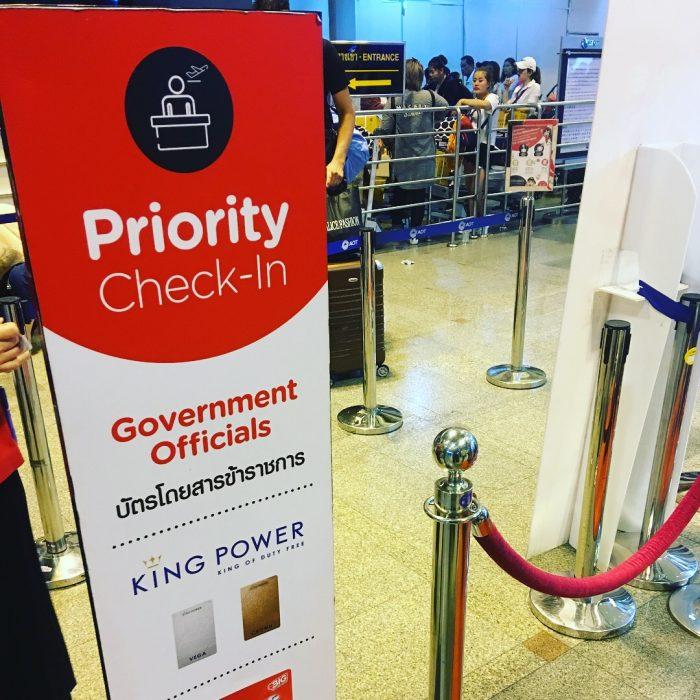 Priority Pass members can use two lounges at DMK Airport. I suggest to use the Miracle Lounge which was quite nice. It wasn’t really possible to take pictures there because there were other guests around.

Priority Boarding was done properly but pretty much useless as it was a bus boarding and they filled the bus with other pax too so that you don’t gain any advantage from going in first. Unless you position yourself right next to the door so you can get out as soon as it opens which is what I did.

I can’t comment on the priority baggage service as I didn’t check any and took the allowed 2x 7kg pieces of carry on with me on the plane (1 backpack and 1 Tumi cabin sized trolley).

As seating I chose 1A (first row obviously) and there was nobody sitting next to me in the entire row. The good thing about Air Asia is that because they charge for these seats the crew actively polices that nobody will just seat himself there. The service was good – professional and courteous. 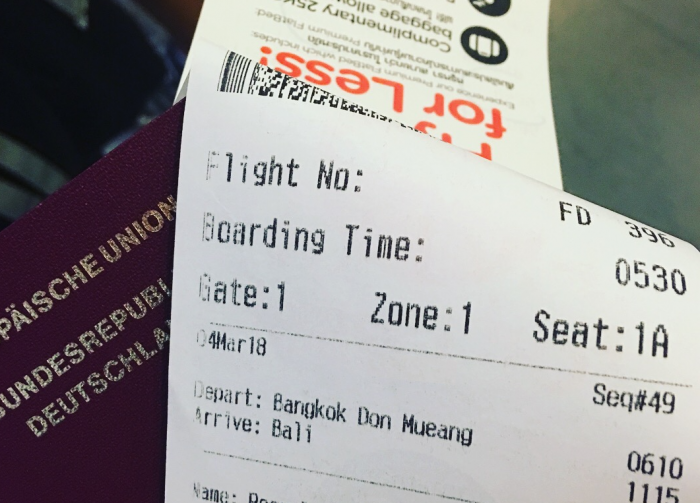 The flight was on time and actually arrived two minutes prior to schedule, something I haven’t experienced with either Thai or Malaysia Airlines for ages. Only downside was they had no customs forms on board. While immigration forms are no longer needed customs still requires visitors to fill out a complete declaration.

I paid a total of US$178 for this one way flight (that also includes the Fast Track) which was an overall very pleasant experience. I’ve also flown Economy Class on a mainline carrier on this route before and neither TG, SQ or MH provided a better experience – quite the opposite.

Given the low cost, professional service and convenient schedule I wouldn’t hesitate to book Air Asia again and I can just recommend to invest a little bit extra in order to add priority services to your ticket which pretty much transforms this into a full service flight.