Mexican media was reporting yesterday that Emirates had received required approvals to start new fifth freedom route between Barcelona and Mexico City. The announcement was made in Dubai by Mexican Secretary of Infrastructure, Transport and Housing.

There is no currently direct flight between Barcelona and Mexico City. Emirates plans to start the service before the end of the year that also would be third daily flight between Dubai and Barcelona. 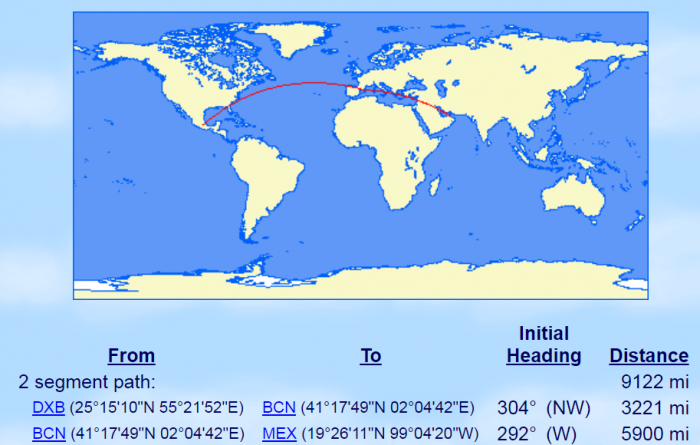 The announcement was made in Dubai, the Secretary of State for Infrastructure, Transport and Housing, Julio Gómez-Pomar, after meeting with the vice president of the airline, Salem Obaidalla.

It is estimated that the new direct link could reach more than 150 thousand passengers per year, with an offer that will exceed 95 thousand seats in each direction.

Emirates seems to be launching these fifth freedom routes. Last month, they announced (read more here) their Dubai – Bali – Auckland service. I guess that they need to financially sound routes for all their new and existing planes.

I wouldn’t be surprised if IAG (parent of British Airways, Iberia, Aer Lingus and LEVEL) now would decide to launch Barcelona – Mexico City service on their own using Iberia or LEVEL.