Last month, I wrote about my friend’s plummeting rating after using Uber few times in Brazil (read more here) and I noted that this is not uncommon occurrence, unfortunately, in many countries.

This week Whine Wednesday deals with couple of other Uber related issues; drivers demanding extra cash payment in order to pick up (reader mentioned on the previous piece) and probe for the destination before decide whether to cancel the ride or not.

Reader noted on the piece I wrote last month about issues using the service in Bali. I have used the service along with Grab and Blue Bird (local taxi company that has their own app too) on the island.

Sebastian was recently there and the driver had demanded extra cash after accepting the ride before picking up. You can report these after the fact even if you agree at the time with the driver.

2. Drivers Messaging Using The App Asking For Your Destination

This is usually a bad sign. If the driver doesn’t like your destination, he/she usually asks you to cancel or cancels by him/herself.

And something that has never previously happened to me:

3. Driver Cancels The Trip At The Pick Up Because Doesn’t Like The Destination

This happened to me for the first time when trying to get to the airport in New Delhi. Uber driver didn’t want to go to the airport from DoubleTree Gurgaon as he only wanted rides to/from the immediate area. This wasted 25 minutes of my time.

Uber needs to be really careful here. Nobody wants them to turn another cab company with less than stellar drivers that only want to “screw” riders.

It shouldn’t take more than 10 years before we have driverless Uber vehicles roaming on the streets that you just summon on your app. These are already being tested in some US cities, although manned with Uber employees that can take over the control of the car if needed.

I like Uber a lot and it really has made using cab services around the world much easier. 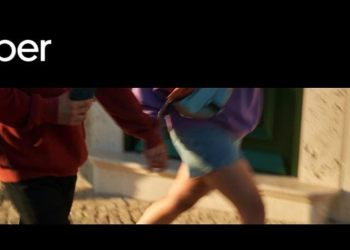 Uber launched its Uber Rewards program back in 2018 that allowed riders to progress towards various tier levels that would...