Just a few days after United Airlines caused the death of a passengers dog inside the cabin they are back in the news for mistakenly flying yet another pet to Japan instead of Kansas City. 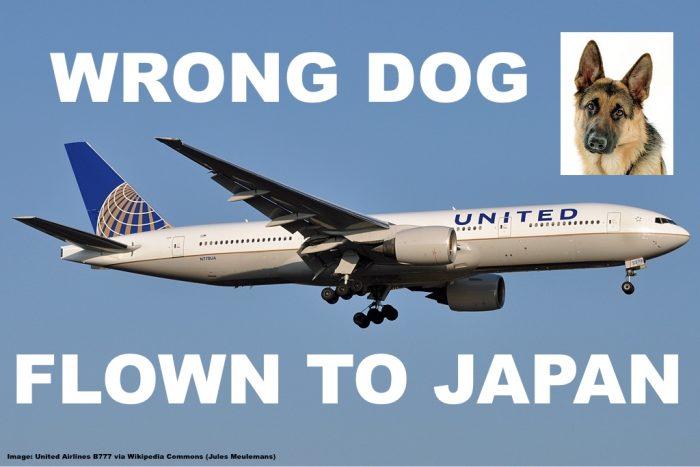 Meanwhile a U.S. Senator from Lousiana has announced to introduce a bill which will set restrictions on how pets are treated and has written to United Airlines President Kirby to explain their current policies and incidents.

United really can’t seem to catch a break from landing themselves in one PR disaster after the other.

Two days ago I wrote about how the actions of a flight attendant caused the death of a passengers pet on a domestic United Airlines flight (see here) and just a day later another story broke that United shipped yet another pet to Japan instead of Kansas which the airline explained as a mix up due to similarity of the kennels which allegedly were similar.

A Kansas family whose dog was mistakenly flown to Japan is expected to be reunited with it later this week. Kara and Joseph Swindle, along with their children, are in the process of moving to Kansas from the West Coast.

Kara Swindle and her children flew into Kansas City on a United Airlines flight.

When they arrived, they went to a United Airlines cargo facility to pick up Irgo, their 10-year-old German Shepherd. After arriving, they discovered a Great Dane dog. The Great Dane dog was scheduled to end up in Japan.

When the plane landed in Japan, officials were able to locate Irgo. He will see a veterinarian and then be put on a flight to Wichita, where he is expected to be back with the family Thursday evening.

Swindle said that United didn’t know how the mistake happened, but she was told by the airline that the kennels were similar.

United Airlines paid for Swindle and her children to stay at a Marriott Hotel near the airport Tuesday night.

Even if the kennels look similar, there is a tag on these kennels to identify them just like any suitcase that’s being checked in has an individual tag number so that’s hardly an explanation or an excuse. Millions of people travel daily with similar looking bags.

A spokesperson for the airline issued this statement to KCTV5 News.

“An error occurred during connections in Denver for two pets sent to the wrong destinations. We have notified our customers that their pets have arrived safely and will arrange to return the pets to them as soon as possible. We apologize for this mistake and are following up with the vendor kennel where they were kept overnight to understand what happened.”

The animal in question is a 10-year-old German Shepherd that now has to survive two long haul international flights. On top of it all he’d be arriving in the U.S. as an international arrival which requires special papers in terms of vaccine and other customs regulations. Not sure if Customs and Border Protection can waive such requirements in a case like this.

Meanwhile U.S. Sen. John Kennedy (R-La.) sent the following letter to the president of United Airlines, J. Scott Kirby, demanding an immediate explanation for the number of animals who have died recently in United Airlines’ care:

Certainly legitimate concerns and probably it’s time someone applies more pressure on United than just a bunch of press articles that never lead to any significant improvements. However, having animals traveling in the cargo hold is a common practice for airlines that do accept larger pets for transportation.

Why always United? They aren’t the only large U.S. carrier but always seem to be the one that’s constantly in the news when it comes to employee misconduct, incompetence and unacceptable customer service.

To a certain degree I think the media loves to beat United but seriously they make an easy target given the amount of their messy handling of various affairs in the past year and beyond.