It’s been a great year for Lufthansa as the carrier saw profits surge to record levels in 2017 after their German competitor Air Berlin has been eliminated and LH took over the lucrative parts of the company. 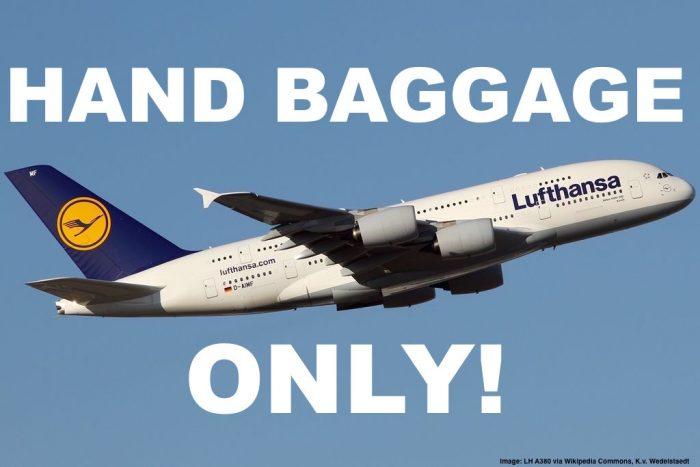 Now Lufthansa is in the process to bring ‘Hand Baggage Only’ fares onto the market, the first routes ex Scandinavia already offer it since last fall as part of a test market.

After lots of troubled times during the past few years, plagued by strikes and management issues Lufthansa appears to be on the up again – at least if the recently published number for the years 2017 are any indicator for that.

As Lufthansa confirmed in press briefings with German aviation magazine aeroTelegraph (access here) there are currently trials to see how receptive passengers are to this product.

OneWorld airlines American Airlines, British Airways, Iberia and Finnair are introducing such a fare product in April in response to budget carriers on the competing routes.

Since the fall of 2017 Lufthansa is running the trials from Scandinavian markets to destinations in the U.S. which is currently the only pair where this option is being offered. Passengers starting in Germany can’t book hand baggage only fares at this point.

A Lufthansa manager noted that the wider introduction of this fare type is being discussed in the Lufthansa group of companies but there aren’t any firm decisions on this topic yet, though he expect it to happen rather sooner than later.

The Lufthansa Light fare ex Scandinavia includes one carry on bag of not more than 8KG in total weight. A piece of checked baggage runs US$60 or US$100 when paid for at the airport. Baggage privileges for Star Alliance Gold members do not apply.

Personally I’m not sure how any carry on bag can weigh less than 8KG unless it’s a backpack, laptop bag or a purse. My carry on routinely weighs in at 14-16KG.

Meanwhile Lufthansa presented their numbers for the financial year 2017 and the results were phenomenal. You can access the Lufthansa Investor Relations here.

“Our endeavors of the past few years are paying off. Our modernization has a sustainable impact. We have achieved the best result in the history of our company. 2017 was a very good year for our customers, our employees and our shareholders,” says Carsten Spohr, Chairman of the Executive Board & CEO of Deutsche Lufthansa AG. “Last year we were able to reduce costs again, while at the same time becoming the first – and the only – airline in Europe to be awarded a five-star rating. We are lowering our costs where this does not affect the customer, and are simultaneously further investing in our product and service quality.”

Total revenues for the Lufthansa Group in 2017 amounted to EUR 35.6 billion, a 12.4 percent increase on the previous year. The Adjusted EBIT of EUR 2.97 billion was a significant 69.7 percent year-on-year improvement. And the 8.4 percent Adjusted EBIT margin was up 2.9 percentage points compared to previous year. EBIT for the year increased more than EUR 1 billion to EUR 3.3 billion. The strong increase of EBIT includes the positive EUR 582 million one-off effect from agreeing on the collective labor agreement with the Vereinigung Cockpit union for the pilots of Lufthansa, Lufthansa Cargo and Germanwings, which was recognized in the income statement in December.

“We are particularly pleased that we were again able to lower our passenger airlines’ unit costs excluding fuel and currency factors last year. This is in particular as passenger related costs were actually up due to higher load factors, the variable remuneration was higher in light of strong result development, and additional costs because of compensation paid for the flight cancellations at Air Berlin burdened our cost as well,” adds Ulrik Svensson, Chief Financial Officer of Deutsche Lufthansa AG. “Excluding these one-off effects, we reduced our unit costs by 1.8 percent.” …

The Air Berlin insolvency and subsequent expiration from the market maybe have come at some initial cost for Lufthansa but will prove to be a very profitable investment for the carrier and probably has been already during the past months given the fare structure in Germany at the moment.

Presently there is no other competitor that serves domestic routes, leaving Lufthansa with a monopoly in this segment. It also affected fares to European destinations where Air Berlin has been a competitor that did it’s part in moderating the price. On top of it all Lufthansa didn’t acquire all of Air Berlin but only the ‘filet pieces’ of the defunct airline. Staff will also receive new contracts that aren’t as favorable as mainline Lufthansa conditions.

Stars are shining bright for Lufthansa at the moment. After the entire Air Berlin affair was over, CEO Carsten Spohr has been named Manager of the Year 2017 by a reputable magazine in Germany and the way he positioned the company was definitely worth this award.

The consumers however might find themselves very well on the short end of the stick. At leas those traveling economy class as fares especially in this segment are likely to go up or already did. 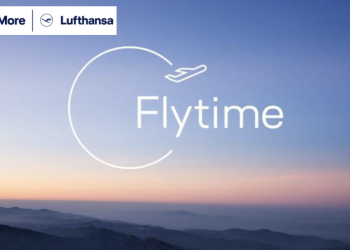 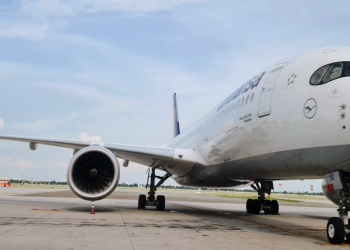 Lufthansa's pilot strike last week canceled most of the flights for a day that affected 130,000 passengers. There was going...