Passengers of a TAP Air Portugal flight from Stuttgart, Germany had their interrupted before it even started as the co-pilot was caught drunk, leading to the cancellation of the flight. 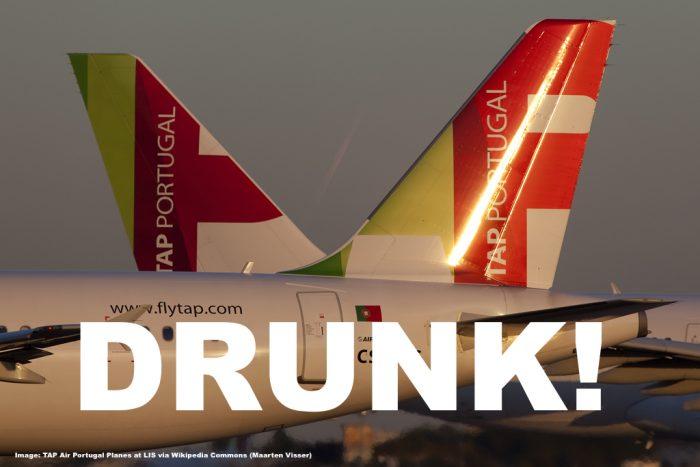 All passengers had to be accommodated at local hotels until at least today (Saturday) before they were able to continue their journey on alternate flights.

This is yet another of many such incidents that came to light in the recent months and we already wrote about quite a few of them.

The Stuttgarter Zeitung (access here – in German) reported about the drunkard of a pilot this morning after the incident occurred last night.

… 106 passengers got stuck at Stuttgart airport after the co-pilot of the TAP Air Portugal flight was arrested by the police following the report of an airport worker who noticed the pilot walking strange and smelled alcohol on him.

A passenger complained to the airline via Twitter and the carrier responded that there are no further options until monday. [The incident happened on Friday evening, we were unable to trace back this twitter conversation to verify.]

The passengers were accommodated at a local hotel until at least Saturday, further developments are unknown.

In the meanwhile the arrested pilot had to post 10,000 EUR bail and prosecutors have applied for confiscation of his ATPL license. …

It’s indeed tough to get out of Stuttgart Airport, there aren’t that many flights though 106 passengers aren’t that many either. A carrier is obligated to accommodate the passenger on every other airline available in case of irregular operations under their ‘duty to care’ provisions of regulation EC261/2004.

To tell passengers that they won’t be able to leave until Monday after their own pilot got grounded for being drunk is something only an airline from the caliber of TAP can manage to do. Also what’s going on with the aircraft that is sitting around in STR, doesn’t TAP need that back to operate other flights? Sounds to me that it’s much cheaper to send reserve pilots (at least one) as fast as possible to STR to cover the flight. Rebooking 106 passengers to other airlines will cost them money too. Even sending a pilot up from Lisbon on a corporate jet would likely be cheaper and more convenient for everybody involved.

All passengers are entitled to 250 EUR EU Compensation per EC261/2004 and the airline also has to cover the overnight expenses in STR as well as communication and transfer costs. I’d be very surprised if TAP or their leasing staff they use at Stuttgart has actually handed passengers the leaflet with passenger rights as mandated by law.

Hopefully TAP Air Portugal management will come to their senses and doesn’t leave their rebooking and crisis management to the social media team manning the Twitter account.

Airfare of the Day [Business Class] TAP AIR PORTUGAL Boston to Berlin from $1,475