Our Whine Wednesday topic this week is about airlines and especially airport agents who can’t properly print the boarding passes for connection flights, even if all flights are booked on a single ticket. 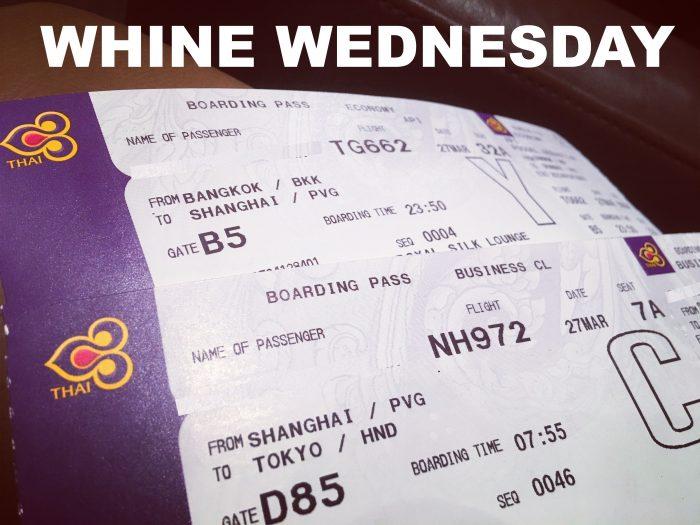 Having all boarding passes ready for the connection flights is often vital to avoid long wait times at the transfer desk and to prevent other potential problems along the way.

Monday night I was flying on a Lifemiles award ticket from Bangkok via Shanghai and Tokyo, booked pretty much on the last minute a day before departure.

I wouldn’t have considered that connection had i known what a disaster it is to connect through Shanghai as Terminal 2 doesn’t have any transfer facilities available. Every connecting passenger that goes through the Star Alliance Terminal 2 has to actually go through immigration and apply for Visa Free Transitm it was a total mess with at least 30 people in the line and one immigration officer working. 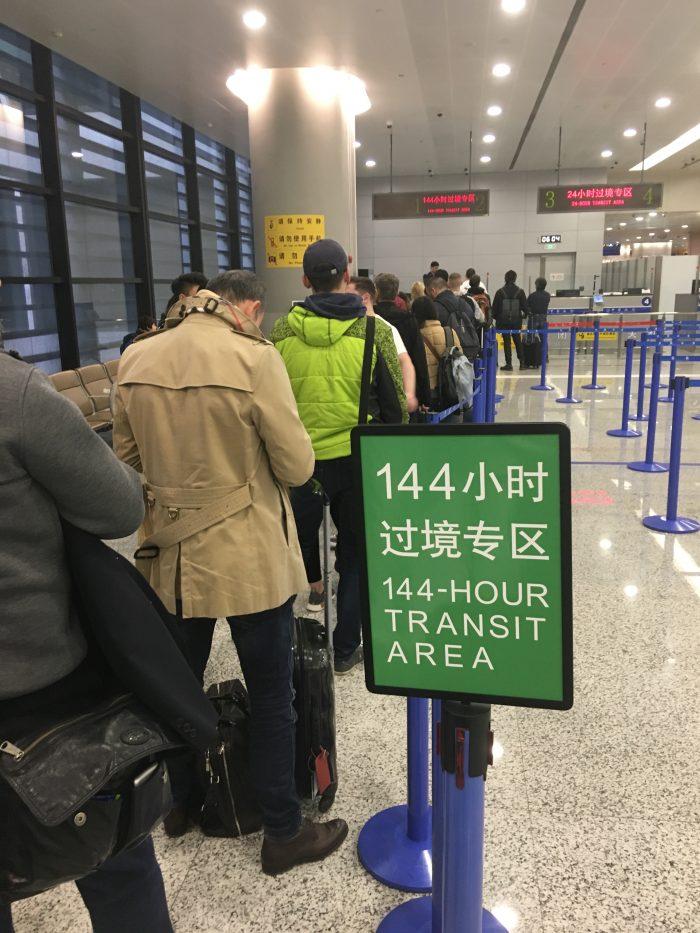 I was one of the few lucky ones who had a boarding pass already because I insisted that the Thai Airways agent print the connection boarding pass which short before she claimed was not possible.

Those who didn’t have a boarding pass had to visit the transfer desk where only two staff members were on duty, manning two out of eight counters. 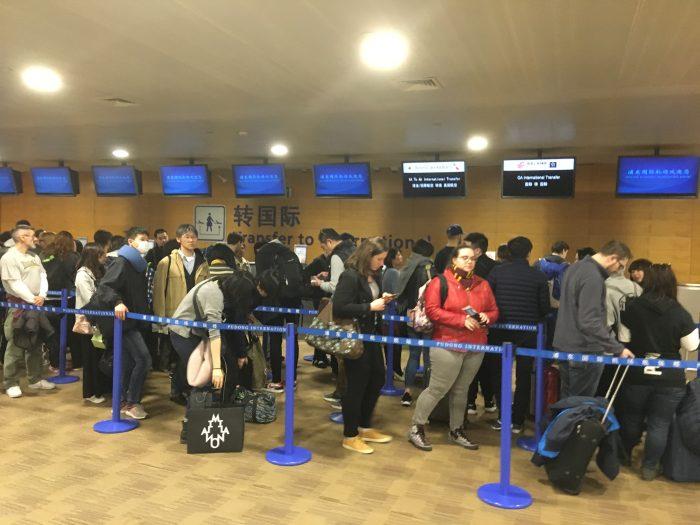 This wasn’t the first time that I had this discussion with check in agents who claim that it’s not possible to print the onward boarding pass and after a manager comes suddenly it works. Thai Airways is especially notorious for this.

Never accept this refusal of some employees to print your complete set of boarding passes to avoid ending up in a line like the one displayed here. I don’t get why many of these airport employees make life difficult for themselves as well as the customer by refusing to work properly. Sometimes it might be lack of training but more often than not it’s a lazy attitude that needs to be rooted out. 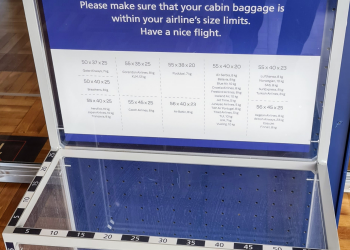