First They Came For Water Bottles, Now The TSA Might Go For Our Candy Bars!

As hilarious as it sounds but according to news reports the TSA is asking travelers at random to remove food items such as candy bars and other junk food from their baggage during the screening process. 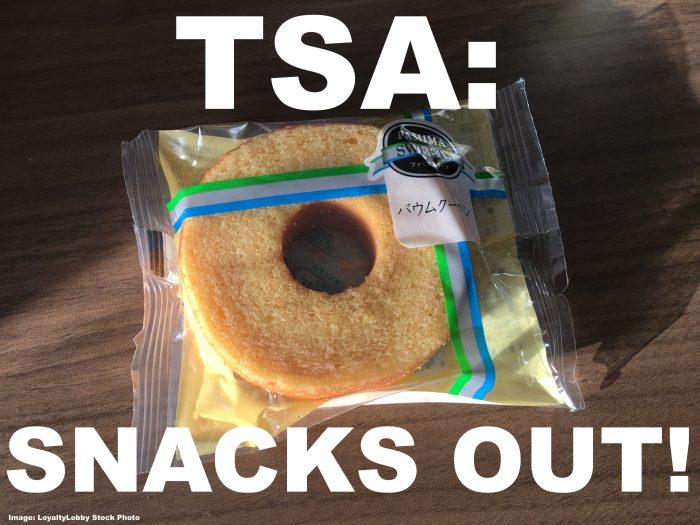 This comes as a result of high-tech scanners detecting organic compounds contained in some explosives and sometimes give false alerts on food.

Flying became an exercise of patience ever since the events of 9/11 and some security procedures do indeed make sense while the ever widened TSA security apparatus is known for consistently failing on multiple fronts.

First TSA requires that passengers aren’t allowed any more liquids that exceed 100ml, something which never made any sense considering there are harmful liquid substances out there that require far less quantity than 100ml to produce horrific results.

Now the next stage is food! A new generation of high-tech scanners detect organic compounds contained in some explosives and sometimes give false alerts on food causing confusion at the checkpoints.

… Your candy bar may be next!

Although it’s okay to board an airplane with food, some Transportation Security Administration agents have been asking travelers to remove their food from carry-on bags at checkpoints before putting them on the conveyor belt. Signs have also appeared at some TSA checkpoints directing people to remove snacks before screening.

It’s apparently a recommendation, however, not a requirement, and part of a new policy that is not really a policy — or at least not a uniform one.

Travelers are permitted to take food and snacks onto an airplane after the bags have been screened. A TSA official also said Wednesday there has been no nationwide policy change requiring people to remove food from their carry-ons to get through security.

But confusion appears to have set in as the TSA adopted new, unrelated procedures last year for screening electronic devices, the TSA official said. …

But while the TSA was implementing the procedure for screening personal electronic devices, some agents started directing travelers to remove their snacks, too. That’s because high-tech scanners detect organic compounds contained in some explosives and sometimes give false alerts on food. That requires a hands-on bag check, which slows down the line.

At some checkpoints, TSA agents who were telling travelers to remove their large electronic devices would spot a stash of potato chips or cookies and have the traveler to put those aside, too. It was, as a TSA official described it Wednesday, more or less an opportunistic request.

But somehow this has morphed into procedure at some airports and not others. Some passengers who have been asked to remove junk food from bags have reported that TSA checkpoint officials told them the agency planned to adopt a policy that would make everyone to do it. …

It’s basically a classic case of the ‘Left hand, right hand’ miscommunication issue. That and the fact that TSA posts are obviously at liberty to create their own policies as they see fit. Now this would make sense if these posts were the only ones using specific new equipment, namely these new scanners that detect (confuse) organic compound in the snacks with explosives.

Safety and security both on the ground and in the air is important but you can’t help but feel that some of the measures implemented are going in the wrong direction. That includes the use of devices if they indeed cause such problems. Maybe a solution would be to not roll them out until a fix is found. People have snacks in their carry on all the time and with every new items TSA comes up with that needs to be taken out of the bag the process becomes slower while lines become longer.

Now, passengers are allowed to keep their food and it’s just being removed during the screening. On top of this as mentioned there isn’t an official policy requiring this to take place. Let’s wait and see what TSA has up their sleeves and gloves in the coming months!

There have been media reports that were picked up by several travel blogs saying that the Star Wars themed Coca...