The only small food court of Kansas City KCI Airport has been shut down temporarily due due a bed bug sighting on chairs at the facility. 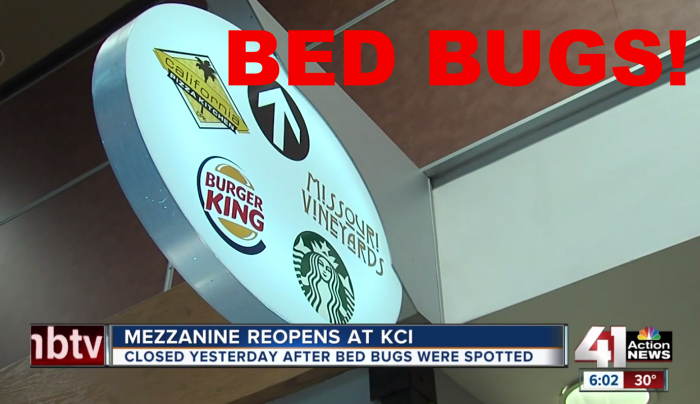 Airport authorities have taken action and sanitized the F&B area during the shutdown of the site and customers were able to return to the outlets.

Kansas City is a rather small airport as far as their facilities go and it came as a shock to many who arrived that there was in fact nothing left to purchase in terms of hot food and beverage after the food court was shut down for health reasons over bed bug sighting. 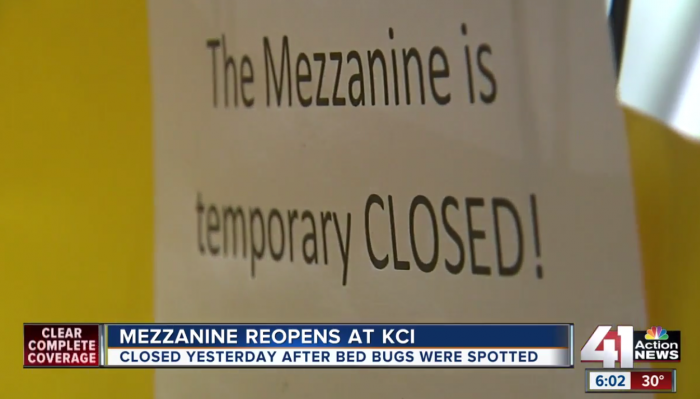 KSHB 41 Kansas City, a NBC affiliate, had a news story about it today (access here).

Kansas City International Airport officials temporarily shut down the food court in Terminal B on Thursday after bed bugs were found on a chair. The food court reopened just before 6 a.m. Friday.

The food court is home to Burger King, Starbucks, California Pizza Kitchen and a bar.

A spokesperson for the airport said while the bed bugs were found in the food court’s seating area, they did not spread to any of the kitchens.

With barriers and signs up at the food court to keep travelers away, the closure brought a big inconvenience for some travelers. …

The origin of the bed bugs remains unknown.

Airports, airplanes just like all other facilities of mass public transport are prime hubs for all sorts of bugs to spread as they’re attaching themselves to travelers coming in and out. This should pretty much explain the ‘origin’ of the bed bugs at KCI. They certainly didn’t arrive on their own by plane and I doubt someone planted them at the food court on purpose.

You should watch the report, it’s actually kind of funny since they make it seem to a be a huge breaking news story saying how busy the place is with one person ‘in line’ at the Burger King register.

It’s not uncommon for passengers to actually be bitten by bed bugs during their travels and there are frequent reports in the media such as about the bed bug infested British Airways 747 (see our article from a while back).

Even though fumigating airplanes and public areas it’s almost impossible to prevent such pests from spreading at least temporarily and once a place or especially an airplane is infested it’s extremely difficult to clean it out.

Singapore Airlines has now started to extend KrisFlyer elite statuses to members whose travel has been affected by the coronavirus outbreak. A LoyaltyLobby reader forwarded...