How Pepperoni Got Someone Banned From Fairmont Hotel For 18 years?

Fairmont Empress in Victoria, Brother’s Pepperoni and seagulls. I couldn’t stopped laughing when I read this Nick’s story what had happened back in 2001 that got him banned from the hotel for 18 years. 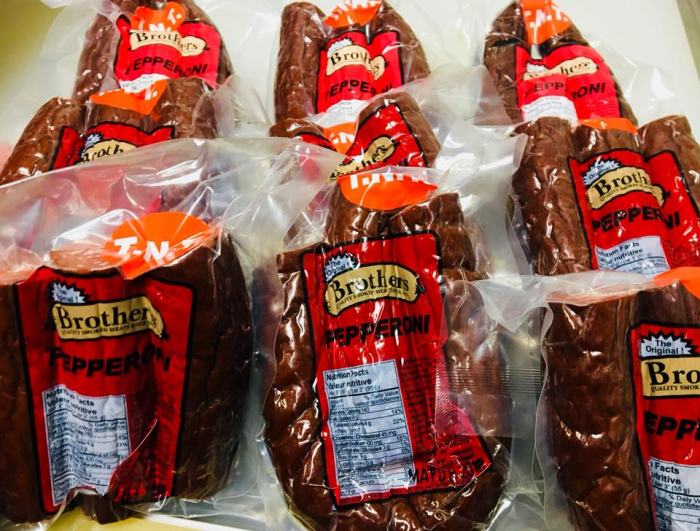 This was just very unfortunate turn of events and these pepperoni loving seagulls must have made quite a mess inside the room. It didn’t help that Nick managed to knock off the hotel power too when trying to dry his shoe.

I officially applied to be allowed to stay at the empress hotel again. Here is my letter. Waiting for the reply. 18 years is a long time…..Fairmont Empress

Dear Empress Hotel:
This may seem like and unusual request, but I write to you today, seeking a “pardon”.

17 Years ago a string of unfortunate events led to my being banned from your hotel. I would like to explain the incident……

In 2001, I had recently joined my current employer, xxxxxxxxx and I was also in the Canadian Naval Reserve. xxxxxxxxx was hosting a customer conference at the Empress and it was my first event with the company.

I told my Navy buddies that I was coming out West and I was asked to bring “Brother’s Pepperoni” from Halifax. It is a local delicacy. Because this was the Navy we were talking about, I brought enough for a ship. In a hurry, I had completely filled a suitcase with pepperoni for my friends. Some of it was wrapped in plastic, some in brown paper. I took whatever Brothers would sell me.

This is the bag that the airline misplaced.

The bag reappeared the next day. I knew that the pepperoni would still be “good”. It had only been at room temperature for a short time. It would, however, be quite some time before I could turn it over to my friends.

Just to be safe, I decided that I should keep it cool.

My room was a nice, big, front-facing room on the fourth floor. It was well appointed, but it did not have a refrigerator. It was April, the air was chilly. An easy way to keep all of this food cool would be just to keep it next to an open window. I lifted one of the sashes and spread the packages of pepperoni out on the table and window sill. Then, I went for a walk…..for about 4 or 5 hours.

When I had covered enough ground, I returned to the hotel. I remember walking down the long hall and opening the door to my room to find an entire flock of seagulls in my room. I didn’t have time to count, but there must have been 40 of them and they had been in my room, eating pepperoni for a long time.

In case you were wondering, Brothers’ TNT Pepperoni does NASTY things to a seagull’s digestive system. As you would expect, the room was covered in seagull crap. What I did not realize until then was that Seagulls also drool. Especially when they eat pepperoni.

I’m sure you have an image in your head. Now remember that I have just walked into the room and startled all of these birds. They immediately started flying around and crashing into things as they desperately tried to leave the room through the small opening by which they had entered.

Less composed seagulls are attempting to leave through the other CLOSED windows. The result was a tornado of seagull excrement, feathers, pepperoni chunks and fairly large birds whipping around the room. The lamps were falling. The curtains were trashed. The coffee tray was just disgusting.

I waded through the birds and opened the remaining windows. Most of the gulls left immediately. One tried to re-enter the room to grab another piece of pepperoni and in my agitated state, I took off one of my shoes and threw it at him.

Both the gull and the shoe went out the window.

By this time, I was down to one gull left in the room, but it was a big one, and it didn’t want to leave.

As I chased it, it ran around the room with a big hunk of pepperoni in its gob.

In a moment of clarity, I grabbed a bath-towel and jumped it. It stated to freak-out so I wrapped it in the towel and threw it out of the window.

I had forgotten that Seagulls cannot fly when they are wrapped in a towel.

This is all happening fairly quickly and this is mid-afternoon. The Empress hosts a very famous and very popular “High Tea”. I suspect this is where the large group of tourists was heading when they were struck by first my shoe, then a bound-up seagull (the seagull was unharmed, by the way).

Let’s go back to my little housekeeping issue. The room was BAD. There was a lot of damage.

I was new to my company and I was really trying to make a good impression at this important event. I decided that I would carry on for now and handle this whole thing later. I then realized that I had only a few minutes before an important dinner and that I only had one shoe.

I made my way to one of the side doors and recovered both the shoe and the towel that were laying in some wet soil bear the walking path. The shoe was a mess. I took it back to the room. By this time, I had close the windows and the air was becoming quite ripe with the smell of digested pepperoni and fish.

I went into the washroom and rinsed the mud off of my shoe. It cleaned-up nicely, but now I had one wet, dark shoe, and one dry, light coloured shoe.

In retrospect, I should have just wet the dry shoe. Instead, I choose to dry the wet shoe using the little hairdryer. It was actually doing quite well. I had the hairdryer jammed in there and the shoe was drying quite nicely. Then, the phone rang.

I walked into the next room to answer it and the power goes off. It turns-out that the hairdryer had vibrated free of the shoe and fallen into the sink full of water and the GFI didn’t seem be 100% functional. I don’t know how much of the hotel’s power I knocked-out, but at that point I decided I needed help.

I called the front desk and asked for someone to come help me clean-up a mess. I can still remember the look on the lady’s face when she opened the door. I had absolutely no Idea what to tell her, so I just said “I’m sorry” and I went to dinner. When I came back, my things had been moved to a much smaller room.

I thought that was the end of it all until I was told that my company had received a letter banning me from the Empress. A ban that I have respected for almost 18 years.

I have matured and I admit responsibility for my actions. I come to you, hat-in-hand to apologise for the damage I had indirectly come to cause and to ask you reconsider my lifetime ban from the property.

I hope that you will see fit to either grant me a pardon, or consider my 18 year away from the empress as “time served”.

Thank you very much for your consideration.
Sincerely,

After reviewing my application for a pardon with the Empress staff; Ryan, the manager has notified me verbally that I will once again be welcome as a guest. I bet it was the pound of Brothers Pepperoni that I gave them as a peace offering that did the trick.

I guess that I need to make my way down to Victoria when I am in British Columbia and Vancouver next time to check out this Fairmont hotel and the city itself.

Well. I have had ant attack few times when I have had food on the table but never thought that seagulls could make such a mess and love pepperoni!

Le Club AccorHotels Worldwide Up To 50% Off Private Sales April 4, 2018

Accor has sent out an email blast to ALL members today about a change in what counts as a qualifying...

Accor and BNP Paribas announced last year that they would launch co-branded Visa credit cards first in France in early...

Accor has launched a Private Sale for stays in South Korea through October 31, 2021, that needs to be booked...