Our Whine Wednesday topic this week is about problem with the air condition when staying in hotel rooms of all different brands and categories. 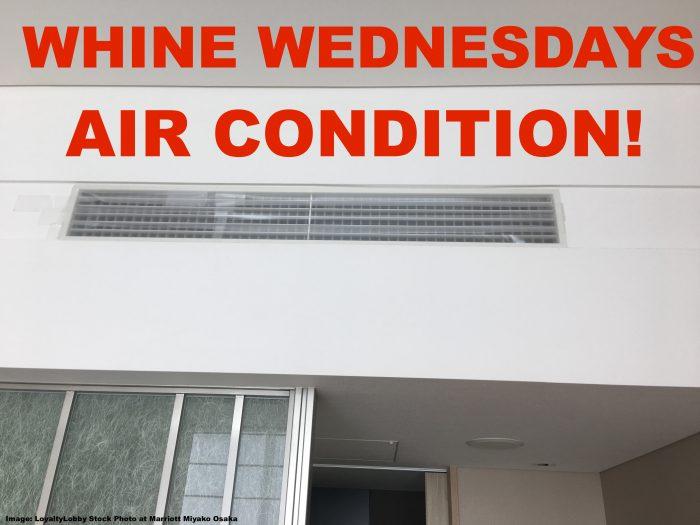 Technical issues with the a/c can occur at any type of hotel no matter if it’s a Motel 6 or a Park Hyatt and usually that’s a recipe for a sleepless night if there ain’t any remedy.

The most common problems with the in-room air condition include continuous airflow despite the unit being shut off, clanking noises or other disturbing sounds coming from the a/c and most of all the temperature adjustment which might or might not work properly.

A real issue is when the air con unit is positioned in a way that it blows directly onto the bed and has close proximity to it.

When I stayed at the Marriott Hotel Miyako Osaka this week I had exactly that issue. The air condition unit was still sending cold air right down onto the bed despite it being shut off and nobody was really capable to do anything about it. There wasn’t even an in house maintenance person available at 11pm so eventually I requested the manager on duty to bring duct tape and close the air vent that way. 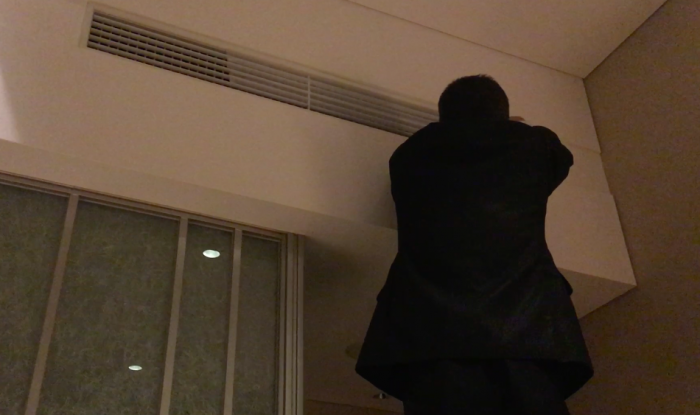 That pretty much took care of the issue for the time being and I checked out early the next morning as still no other room to change was available and the lounge was also a mess. Staff there seemed to a be a bit overwhelmed when it comes to solving problems. This little engineering exercise took place at 1am after they were messing around for 90 minutes.

Whenever there is an air condition problem it’s usually very hard to fix and the best choice would be to ask for a room change. In fact I did ask for one already in the afternoon but was told it was all sold out.

If a room change is not available then I have no problem demanding makeshift solutions such as this one which I did before. The reason why there is a certain amount of airflow at some hotels is because they want to try and keep the rooms fresh if not occupied. This shouldn’t impact a sleeping guest though.