Occasionally there are passengers that assume all unoccupied seats are up for grabs no matter if they are actually in a different cabin class, including premium seats. 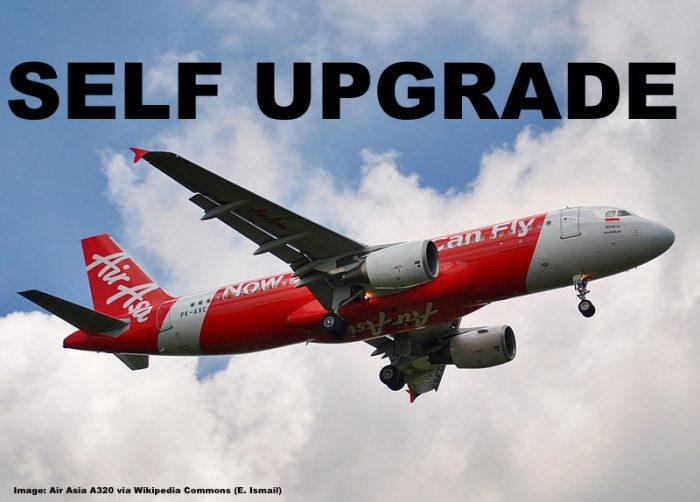 In one such case involving Air Asia a passenger who purchased for premium seats loudly confronted a shameless ‘self upgrader’ en route to Hong Kong and it escalated quickly.

Among other airlines, Air Asia sells the seats in front of the plane as premium- or ‘Hot Seats’ with the price varying based on distance and route.

Usually the crew is quite good in identifying passengers who think they can just seat themselves in premium class where other passengers have paid good money for. This time a man who had a hot seat watched as a woman moved into a row next to him from regular economy class seating and was quick to confront her about it.

Free Malaysia Today (access here) wrote about what happened in a corresponding article:

A woman passenger caused a ruckus on an AirAsia flight from Kuala Lumpur to Hong Kong recently when she decided to give herself a free “upgrade” from her standard economy seat to a row of empty premium seats.

The woman had booked a standard economy seat on the AirAsia flight on March 2 but moved from her seat and laid down on a row of empty premium seats before take-off, Britain’s The Sun reported.

Other passengers who had paid more for their premium seats, which come with more leg room, were not happy with the woman’s action and one of them, Bruce Lam, told her to get back to her seat.

The woman refused and argued with a cabin crew member before finally moving back to her seat. However, the matter did not end there as the woman kept coming back to the premium seats after take-off.

“After take-off, the lady once again came to the seat behind me. She refused to get up again, but after five minutes arguing she returned for a second time.

“Then, a few minutes later, the woman [appeared] behind me for the third time, so a flight attendant asked the middle-aged woman to return – saying it was not fair to others.

“I do not know if the flight attendants were too gentle and polite, but the woman had a bad attitude – more than before. She was abusive and angry,” Lam said.

It was only when another passenger lost his temper and told the woman she had an “ugly attitude” that she eventually returned to her own seat for the rest of the four-hour flight.

The (one sided) conversation in the video took place in Cantonese so not entirely sure if the woman was actually from Hong Kong or the Southern Mainland China region. Nevertheless it doesn’t really matter where the passenger is from as the behavior is entirely unacceptable.

Part of this happening increasingly on budget carriers such as Air Asia is because the cabins aren’t separated in any visible way. Just because the seats are colored in a different way it’s not enough of a boundary to keep people from changing into these seats despite clear announcements by the crew. On top of that, flying on a budget carrier sort of prompts an ‘everything goes’ attitude. Air Asia’s slogan is ‘Not everyone can fly’ and maybe that’s the wrong approach, some people shouldn’t be able to fly.

Self upgraders are more rare on legacy carriers but it happens there as well. If a passenger moves into another cabin and doesn’t follow the instruction of the crew to move back then it’s absolutely possible that the passenger will be arrested upon arrival.

On top of that the airline can theoretically demand payment for the difference in cabin class. I remember a few years back there was a newspaper article in Germany where Lufthansa sent a passenger a hefty bill because he self upgraded into First Class after his Business Class seat was allegedly broken.

In any case the behavior of certain people is out of control and I’m not at all surprised about what’s depicted in this video after flying in this part of the world for almost ten years now.

Marriott Retires “Make a Green Choice” Program & Housekeeping Only By...

Many international hotel chains have "Make a Green Choice" programs that either reward guests for skipping housekeeping on multi-night stays or promises to do...

Airfare of the Day [Business Class] SWISS Amsterdam to Bangkok from...