Japan has decided that from January 2019 onward a ‘Sayonara Tax’ of 1000 Yen will be charged to each international departure in order to fund tourism related expenses such as advertisement. 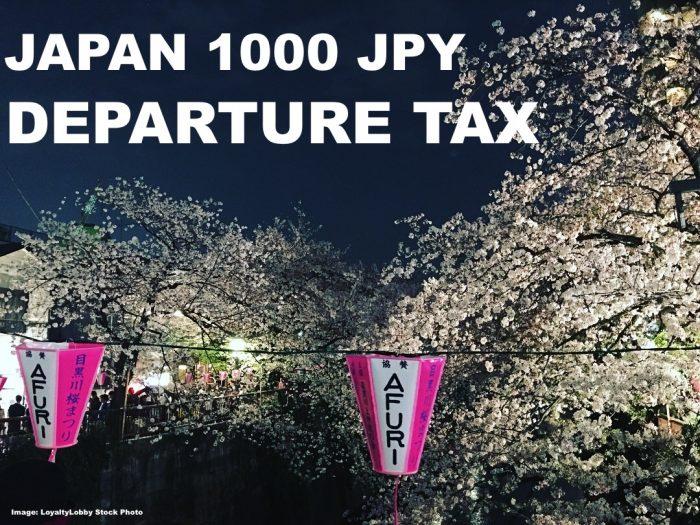 The departure tax will apply to both foreigners and Japanese travelers and incorporated in the ticket charges collected by the airlines similar to the already existing taxes and fees.

This comes at a very strange time especially as tourism in Japan in already quite strong (some might say too strong) and there are really no visible lacks of services provided to tourists, quite the opposite. So what is there supposed to be funded with this new tax?

You can access more information about this in the article from the Nikkei Asian Review (see here).

Japan will charge a departure tax of 1,000 yen ($9.37) per person beginning next year, with plans to use the anticipated 40 billion yen raised annually to bolster tourism.

Foreigners and Japanese alike leaving the country by air or sea will pay the tax when they buy tickets, much like they do with airport facility fees. Travelers younger than 2 are exempted from the levy, which debuts Jan. 7. The tax bill obtained Diet approval Wednesday at the plenary session of the upper house.

Airlines and travel companies will need to update their booking system to collect the tax. …

With tourism-related spending by the government likely to mushroom, many legislators asked for specifics on how the new revenue could be used, citing the costs to secure enough workers for understaffed customs operations as well as spending to set up integrated resorts with casinos.

Minoru Kihara, vice minister of finance, said that how exactly the revenue will be used in fiscal 2019 and beyond has yet to be considered. Companies shouldering the collection process insist the money be used to benefit travelers. An official of a leading budget airline suggested support for efforts to accelerate customs processing through biometrics verification, as well as improving airport facilities and operations.

I can’t help but see this as nothing else but a cash grab without any solid justification.

Why is all of a sudden the spending for tourism related services ‘likely to mushroom’ compared to the current moment or previous years? Japan has a very strong tourism industry and almost all their facilities are extremely efficient.

Airport facility services related to immigration should be covered by the airport facility fee as well as the budget for the Japanese equivalent of Customs & Border Protection per the annual budget, not rely on a tax levied upon travelers.

Any kind of expenses related to tourism does make this fee especially unfair to Japanese citizens, why should they bear the costs of promoting tourist activities? And setting up ‘integrated resorts with casinos’ is a private industry matter. Even if the Japanese Government wants to operate these facilities (especially the casino) then getting the start up capital for such projects from a departure tax is a very sneaky and unethical way of collecting the funds.

Nothing but a simple cash grab by the government. You have to make the math how much money this means based on all international departures annually. 1000 Yen ($9.50) per flight/passenger out of Japan is on average US$2500 per flight for basically nothing.

Tourism services in Japan are quite ok in the major cities with multilingual maps available for free at subway stations etc but it’s not perfect. Yet I never ever had a problem in Japan as a tourist even before I started living there.

Hilton Honors 15% Off “Gold Medal” Discount Rate For Worldwide Use