Avianca operates their B787-800s on all their long-haul routes from Bogota to Europe (MAD/BCN/LHR) and also on some of their North- and South America routes.

The Seat and the Cabin

On the B787-8 Avianca offers 222 standard economy seats on a 3-3-3 configuration. According to SeatGuru, these seats come with 31-36″ pitch and 17″ width. There are 5 lavatories in the cabin and a service galley at the end of the plane. 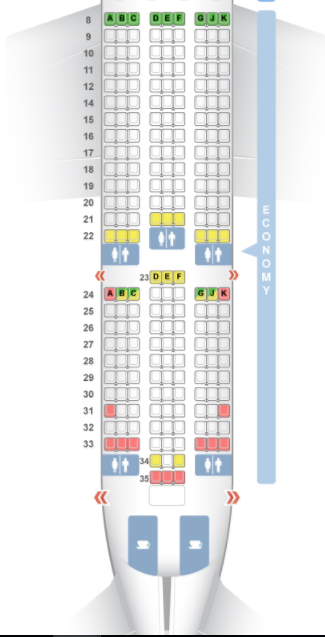 Here are some pictures of the cabin: 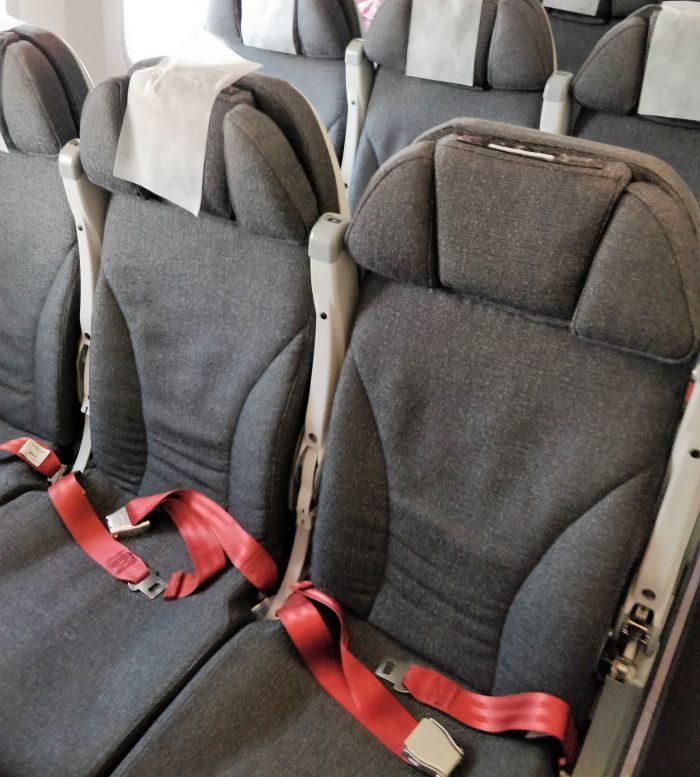 For a small guy like me (1,70 m/5′ 7″), the pitch was OK, but the long flight took a toll on me. I found the seat to be rather uncomfortable compared with other economy class products around. One thing I loved was their head rest: instead of eing the typical vertycal-flip flaps you usually find (and that inevitably end up moving because of the weight of your head), these head rests flipped horizontally, and they made sure your head was on a fix position as the head rest did not move. 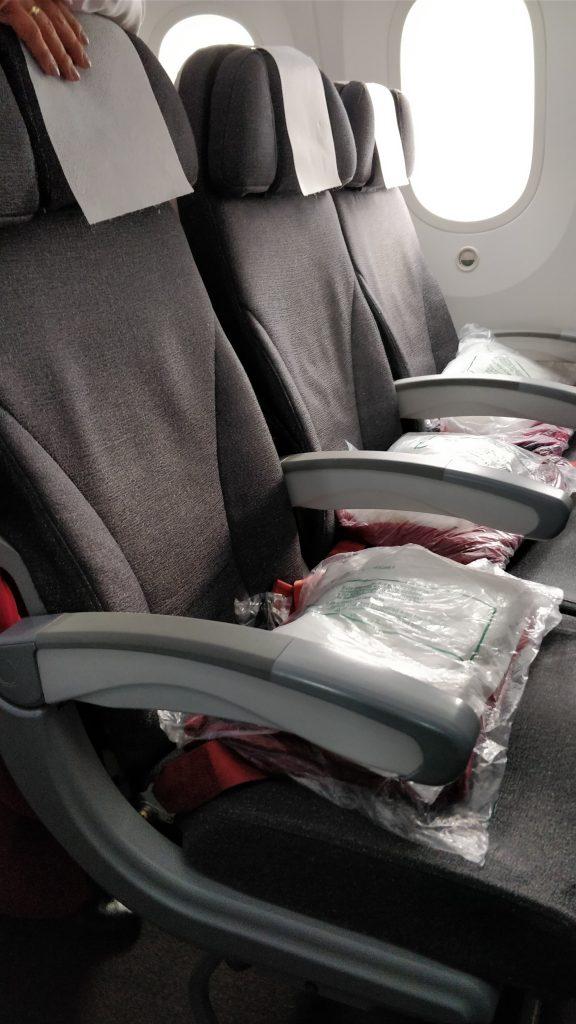 Probably the way to go on this plane for such long-haul flights is getting a seat on row 24 A/B/C or G/J/K. These seats are located on the emergency exit, with no seat row in front of them. 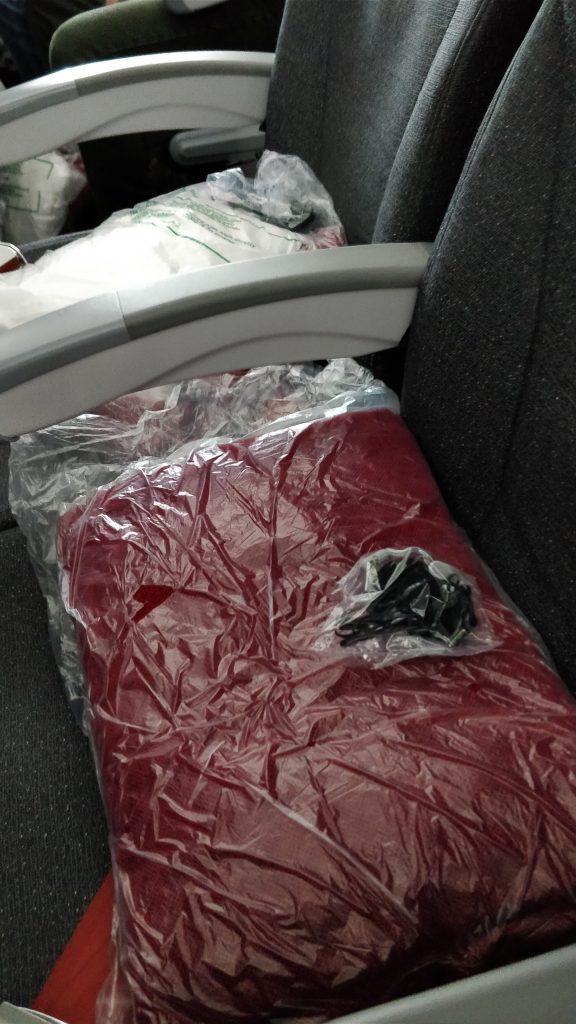 Each seat came with an 8″ personal screen, an USB port and a remote control. 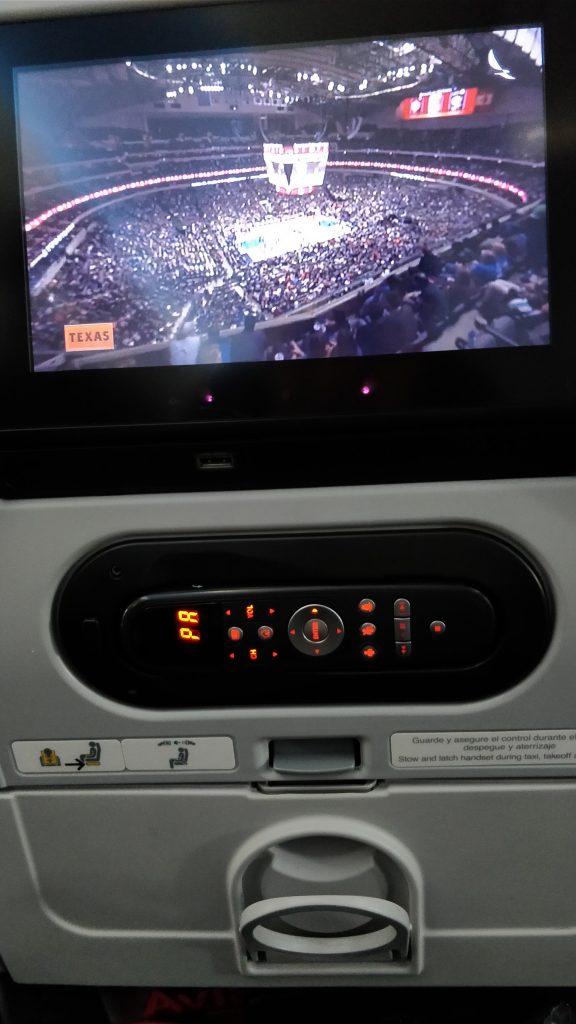 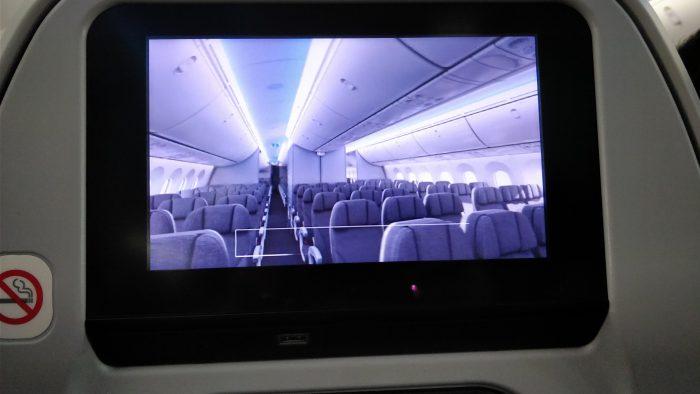 IFE content included a good selection of movies, TV shows and music (both in video and audio). It also included the duty free sjop catalog and the option to order your purchases from the seat. 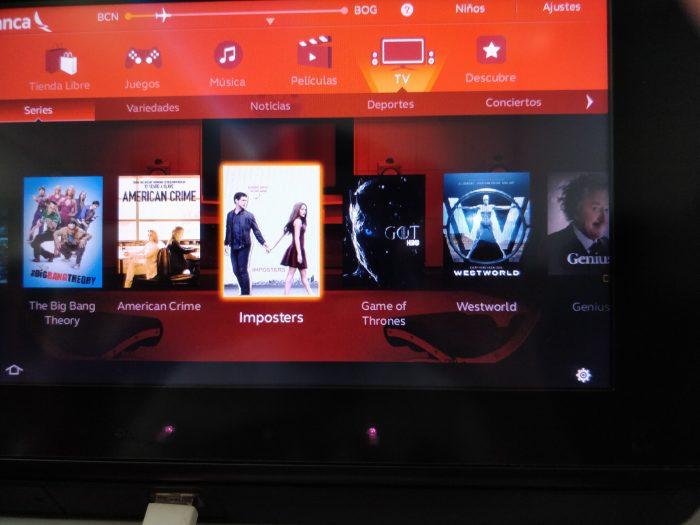 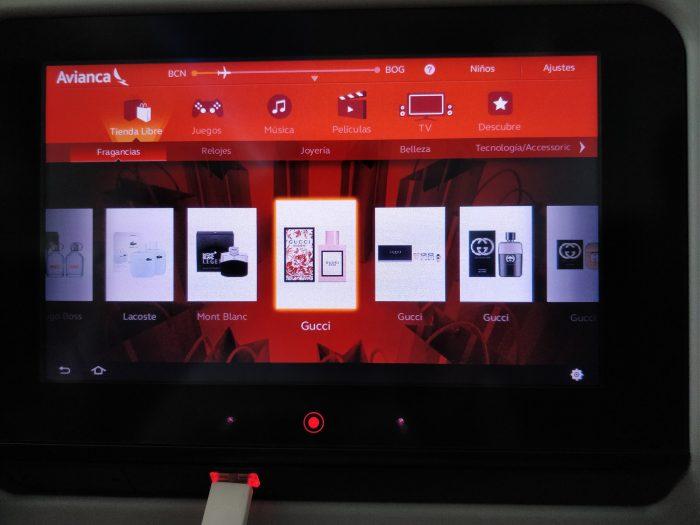 Overall, Avianca does a decent job with their economy cabin. The service started with hot towels for all economy passengers:

There was no printed menu for economy class and the food options for the lunch service were limited to beef and pasta. I chose beef, which was OK but the rice was weird, too bland for my taste. 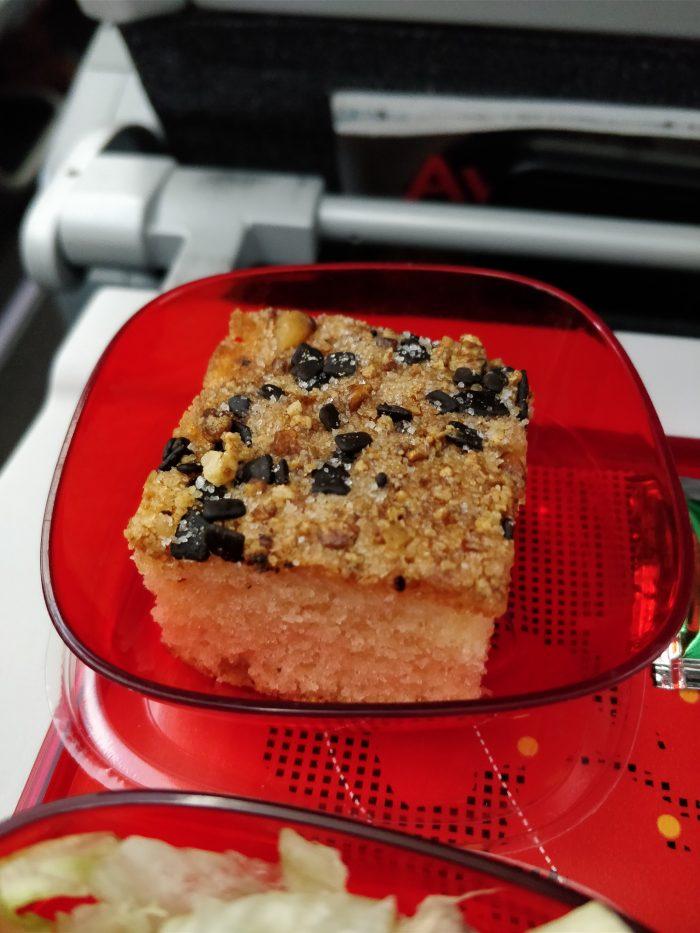 The second meal service before landing was a snack box with a pizza slice, fruit and chocolate cake: 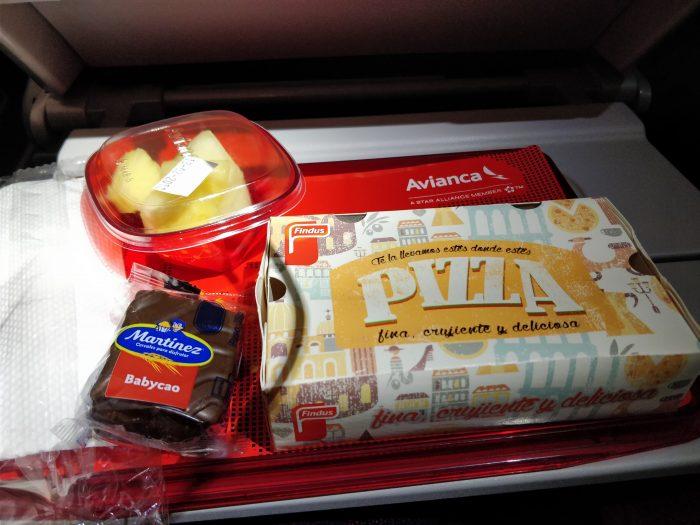 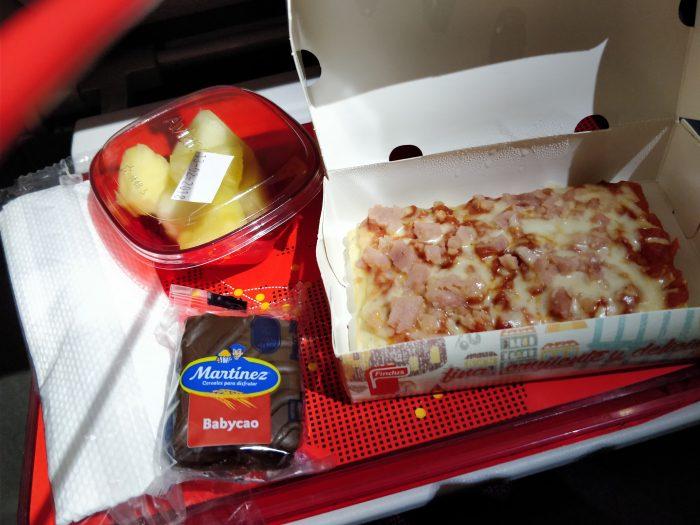 In general, this was a decent economy class experience. The service was better than in many legacy carriers (I’m looking at you, Air France) and the food was edible. They’re generous with the booze and the head rests were a great discovery.

Next week I’ll write up a review on their business class product (spoilers: it was a pleasant surprise).