IHG Rewards Club has been running end to end Accelerate-promotions for few years now and seems to have settled this same (previously they used various).

Last week, I had one night stay in Amsterdam on April 30th and checking out on May 1st. Sometimes it is unclear to which promotion a stay like this would apply to.

You can check your Accelerate offer ending on April 30th here and starting on May 1 here. 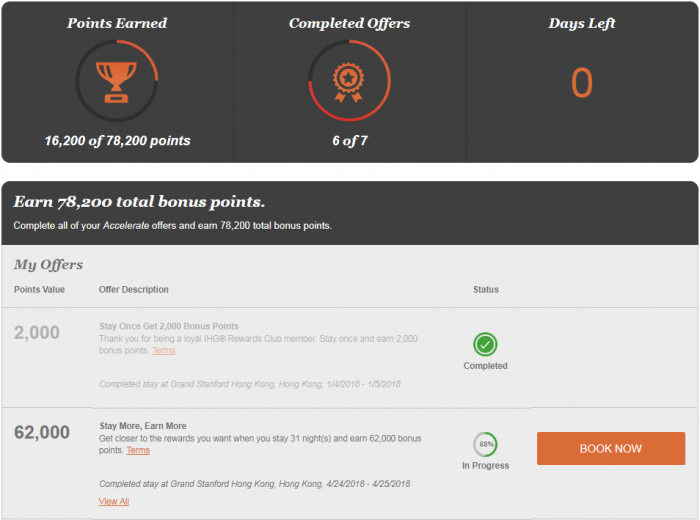 Nothing showed up here, although sometimes it may take a while for the dashboard to update. 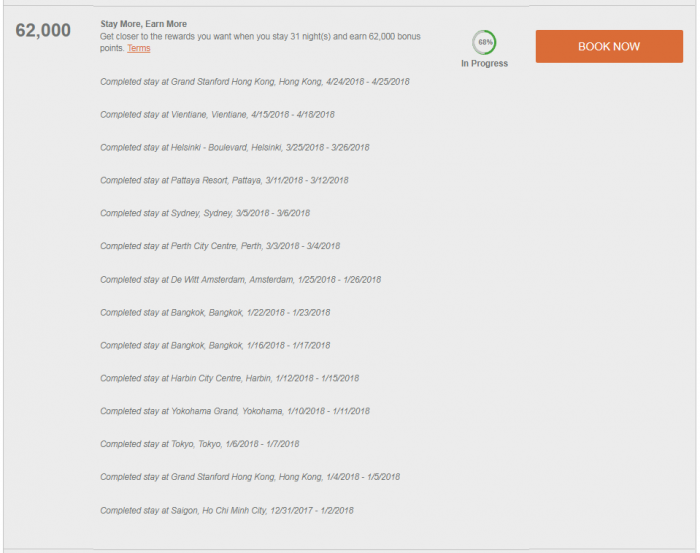 The stay at the InterContinental Asiana Ho Chi Minh City over the New Years had posted to this promo.

The April 30th stay activated three separate bonus offers. Two of them were for one stay (one for astay in May). Not sure why the Explore With Confidence posted because it should have required two stays?

I believe that this was the first time for me that these three bonuses posted with the stay itself and not as separate lines on the online account statement.

I haven’t had a longer stay spanning over two of these promos for a while but they used to count for both. Seems that it may not be the case anymore. The stay in which I checked in on April 30th posted for the Accelerate offer that started on May 1st. I probably should have a stay for let’s say five nights in late July/early August and see how it works?

Something like this is rather small detail but could mean completing or not the entire Accelerate-offer for some members.

I didn’t complete the Accelerate for the first three months of this year (roughly ten nights short). Not sure what I will do with the summer one.