A LoyaltyLobby reader sent me an email about Air China refund issue that has been going on for months where the airline has not process it correctly. 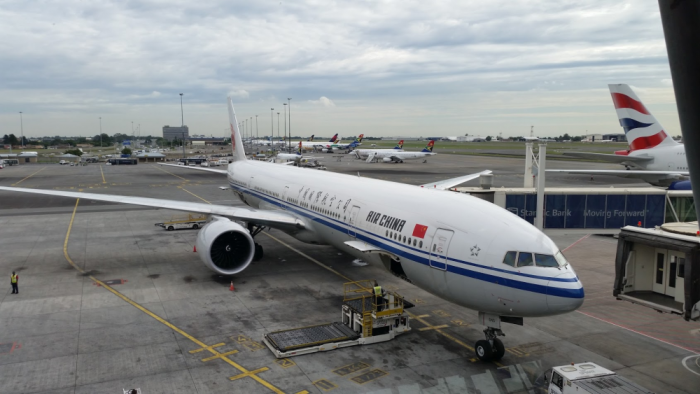 I am in a 6 month battle with Air China and while I generally feel like I am travel savvy I really have no idea what to do. I booked a flight direct with Air China for November for my girlfriend and I. For personal reasons we decided to take a different flight, despite the $200 cancellation. I went to cancel my flight online but was given a vague error message. I called and after some troubleshooting they decided to submit the cancellation internally and that I would receive an email notification. 2 weeks later I received the refund for my girlfriends ticket, but a different email for my ticket saying that I submitted the refund request incorrectly.

This time I find a different email address which they gave to people on Twitter when they were having a customer service issue. I write explaining the situation, and I receive a message back that they will check on it. A week goes by and I ask if they were able to check, and I get a response that the Beijing office handles returns and it took a while to get the status. They tell that I submitted the wrong information for the refund request and that I need to resubmit it with the proper information.

I’m not sure what to think, but is this typical of Air China? I’ve never flown with them, and I definitely know to never book with them again. I am just wondering if there is anything I can do at this point? I tried to dispute the charge on my credit card, and although the purchase is too old to dispute the customer service rep submitted it anyways.

I am at a lost. Is there anything else I can do? I appreciate any advice you can give.

The reader has already opened a dispute with the credit card used to pay for the purchase that is the correct first step.

They will forward the case to Air China and usually the airlines take these complaints very seriously.

Not sure why airlines sometimes struggle with processing refunds? Surely Air China has someone in the US that can process these without someone in Beijing having a look?

I have purchases several tickets on Air China but never directly. I tend to use OTAs (Expedia, Orbitz etc) that can handle the refund process if needed.

Reader Question: Banned Entering & Flight Operates? Can I get A Refund?

Reader Email: Hilton Executive Lounge Closed And Replaced With What?

Hotel chains have been in a bind since the Covid-19 hammered the hospitality industry since spring of this year and all chains have extended...

Airfare of the Day [Premium Economy] Lufthansa Amsterdam to Bangkok from...