Emirates today announced that the airline would begin flying to the Scottish capital of Edinburgh on October 1, 2018. Emirates already serves Glasgow in Scotland. 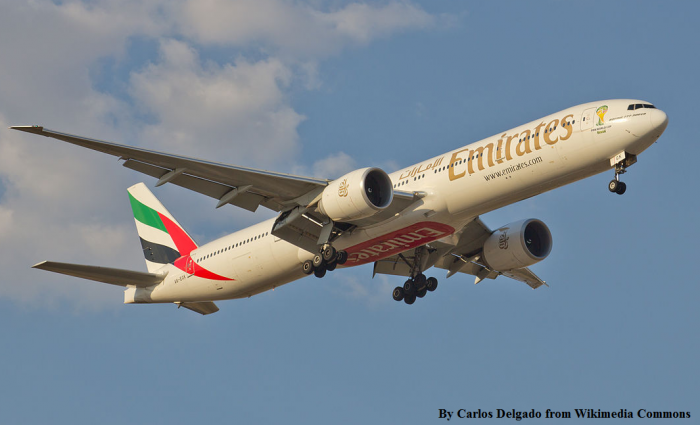 The flight is daily and is being operated using three class Boeing 777-300ER aircraft. This is Emirates 8th destination in the UK. 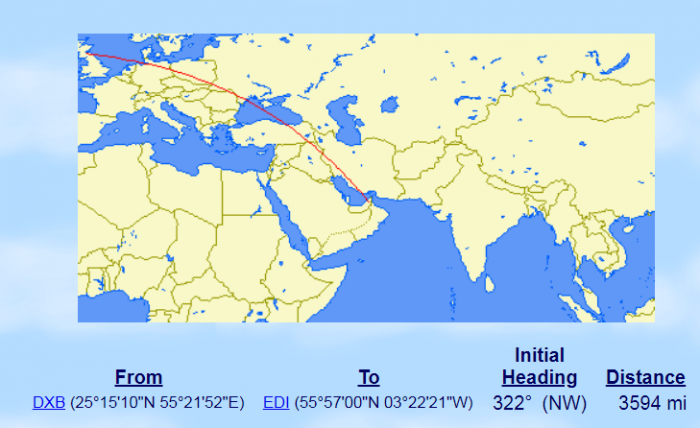 Here’s the press release from Emirates:

DUBAI, U.A.E, 8 MAY 2018  –  Emirates, the largest international airline in the world, today announced it will start a daily service between Scotland’s capital city, Edinburgh, and Dubai, from 1 October 2018.

Edinburgh will become Emirates’ second destination in Scotland after Glasgow and its 8th in the United Kingdom after the airline starts its daily service to London Stansted in June. The new service will be operated by an Emirates Boeing 777-300ER in a three class cabin configuration, with 8 private suites in First Class, 42 lie flat seats in Business Class and 304 spacious seats in Economy Class.

The Scottish capital, with its Old Town and New Town both being UNESCO World Heritage Sites, is the second most visited city in the UK by tourists. It is famed for its rich history, cultural and architectural attractions, gourmet food scene, as well as international festivals and cultural events. It was also the first city in the world to be designated a UNESCO City of Literature, while last year it was named by the European Union as the top city of its size in Europe for culture and creativity.

“We’re increasing our capacity to Scotland to meet growing demand, and by introducing a daily flight to Edinburgh, it will complement our current double daily flights between Dubai and Glasgow. Edinburgh is a very popular leisure and business destination, and the new service will offer our customers from across our global network, particularly from key inbound markets such as Asia and Australia, a direct option to the city via our Dubai hub,” said Hubert Frach, Emirates’ Divisional Senior Vice President, Commercial Operations, West.

“It will also be a more convenient point for travellers from the greater Edinburgh area, and beyond, such as Aberdeen and Dundee, to travel with Emirates to Dubai and onward to destinations across our network,” he added.

Gordon Dewar, Chief Executive of Edinburgh Airport, commented, “This is a fantastic announcement for Edinburgh Airport as we welcome another world renowned airline to Scotland’s busiest airport, which will enhance our connectivity with the Middle East and further afield. We’re delighted to welcome Emirates on board and further expand our international choice for the 13.4 million passengers who use Edinburgh Airport every year.

“This service will cater for leisure and business passengers, providing daily links for international tourism and trade opportunities both inbound and outbound. We look forward to working with Emirates to provide a top class service for passengers and ensure the success of this Edinburgh to Dubai route. ”

Flight EK023 will depart Dubai daily at 0955hrs and arrive in Edinburgh at 1450hrs, while the return flight, EK024 will depart Edinburgh at 2015hrs and arrive in Dubai at 0640hrs the next morning. The arrival of the flight is conveniently timed for connecting to Emirates’ services to popular outbound destinations for Scottish travellers, such as Bangkok, Lahore, Hong Kong, Singapore, and Australian cities, Perth, Melbourne and Sydney.

Customers travelling from Edinburgh, as well as Glasgow, can also access over 90 exciting destinations under the Emirates and flydubai network partnership, connecting through Dubai to and from destinations such as Kathmandu, Zanzibar and Kilimanjaro.

First Class and Business Class customers will also be able to book complimentary chauffeur drive to and from Edinburgh Airport. All customers can look forward to award winning levels of care and comfort when travelling with Emirates, from the warm hospitality of its multinational cabin crew, to being entertained by ice, which offers up to 3500 channels of on demand audio and visual entertainment from the latest movies, music and games. Customers also enjoy chef prepared meals and complimentary beverages, while families are also well catered for with dedicated products and services for children.

The new service will also enable Emirates SkyCargo to offer up to 20 tonnes of cargo capacity on the aircraft per flight, providing local businesses opportunities to increase popular exports such as salmon and whisky.

Emirates keeps expanding their operations in the UK. It makes sense to serve regional airports and bypass the Heathrow at all cost (both the passengers and the airlines).

Qatar Airways already flies to Edinburgh but Etihad from Abu Dhabi doesn’t. Difficult to see how this flight wouldn’t be success for Emirates considering their Middle East/Africa/Asia network. 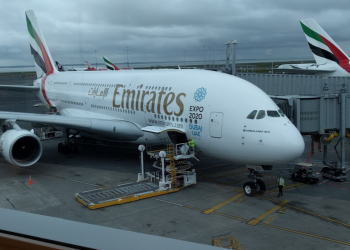 Emirates has decided to suspend their flights to Lagos, Nigeria entirely after a spar with the aviation regulator over slots... 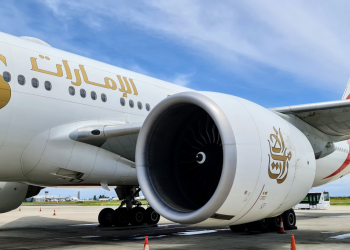 Emirates has launched a new Skywards miles sale with up to a 50% bonus for purchases made through December 11,...