LATAM Airlines has taken the step to re-brand their frequent flyer programs and consolidated them for all countries under the same name which is now called ‘Multiplus‘. 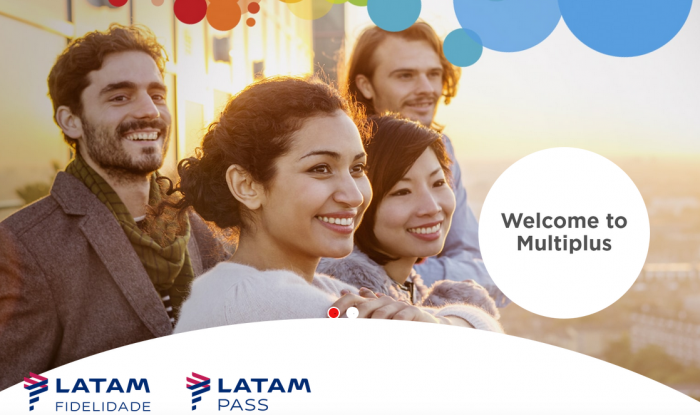 The programs have so far operated separately and under different names (Latam Fidelidate, Latam Pass) which often caused confusion for customers.

Management has now reacted to that situation and finally consolidated all the program variations under one roof and decided to brand the ‘new’ program as Multiplus.

You can access the landing page for the program here.

Starting now, your points accrued with LATAM Airlines will be concentrated in one single account with Multiplus! Still don’t know what Multiplus is? We will tell you:

Multiplus is the official LATAM Airlines partner in your country of residence. You concentrate in one single account all points you earn from your flights and redeem flights worldwide to over 1,000 destinations.

If you are already familiar with Multiplus, be reassured. Your flight benefits remain the same.

During May, the point earning and redemption platforms were joined in all countries where we operate. In your country, the Multiplus platform works, through which you earn points and redeem tickets.

The website appears to have the majority of information missing unless you select Portuguese as your language in which case all content is displayed properly.

Multiplus has sent out welcome emails today to the members of the former programs:

I haven’t seen any previous announcement of this happening but it’s very possible that I’ve missed it. In any case the new program has now been rolled out and members should have received this same email at their registered address.

They should have really updated the new website properly which means that members can access the Q&A details in all languages.

At the same time LATAM continues to advertise the programs separate on their individual country websites which is another sign that there is zero coordination in that company. Quite bad!