Swedish airline NextJet has today filed for bankruptcy after ceasing all flight activity yesterday afternoon. The airline operated commuter routes mainly within northern Sweden and some crossborder flights to Norway and Finland. 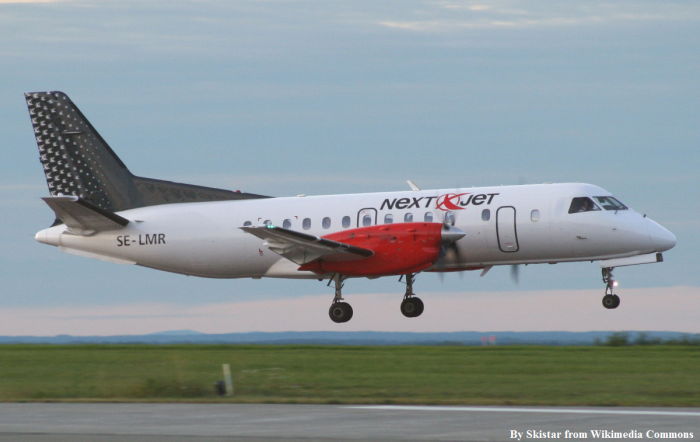 Passengers are advised to request chargeback for tickets paid using a credit card or contact agencies that issued their tickets.

Here’s an excerpt from TheLocalSe (access their piece here):

“It is deeply regrettable that the board is forced to make this decision. Especially for our passengers who are directly affected by this and for our staff, but also for our suppliers and partners,” said Nextjet CEO Magnus Ivarsson in a statement.

“We have done everything in our power to find a solution, but have unfortunately not succeeded. A liquidator will now be appointed to make a decision on the future of the company,” he added.

The Barents Observer Noted that the airline had operated rather interesting route between Finland, Sweden and Norway (access the piece here):

A black info-box headlined “Nextjet files for bankruptcy” covers the booking-page of the Swedish airline that for the last few years has operated the route from Oulu via Luleå to Tromsø.

With the bankruptcy, northern Scandinavia looses the only cross-border flight. The route has connected the three largest cities in the northernmost parts of Norway, Sweden and Finland. Although heavily subsidised with public cash from Troms County in Norway, the route has saved hours of travel for people in the north that otherwise would have to fly through the southern capitals of Oslo, Stockholm and Helsinki.

When the route started in 2015, Troms County granted 25 million Norwegian kroner (€2,7 million) in public support. Same amount were granted by regional authorities in Sweden and Finland as well.

I was aware that there is (or perhaps was now that the airline is gone) a flight between Oulu (my hometown from where I moved in 1995) and Tromsø (very nice city in northern Norway where I hopped to Svalbard last year) but I had no idea that it was operated by NextJet.

It is always good idea to pay for airline tickets using a credit card because you are then covered in a situation such as this, however rare they might be.