Finnair that is majority owned by the Finnish government (55.8% of the shares) is one of the more difficult airlines to deal with in Europe when it comes to EC 261/2004 cases. The airline usually comes with all kind of excuses why it shouldn’t be liable in clear cut cases and usually offers vouchers in compensation in lieu of cash that is required by the law. 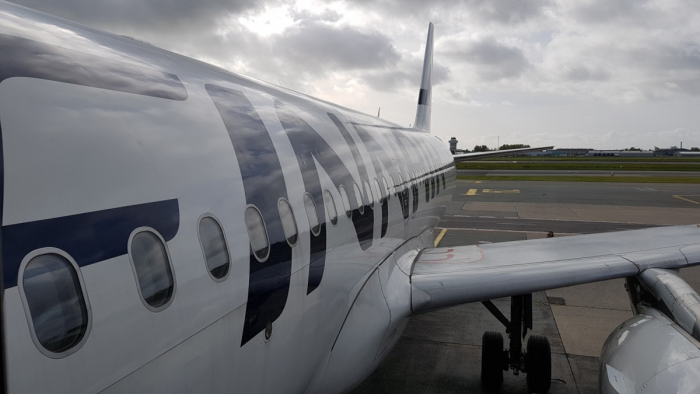 The airline found itself on the blacklist of the Finnish Consumer Dispute Board for failure to follow up on its decisions to pay compensation per the EC 261/2004. It is very ironic that the airline majority owned by the Finnish government is blacklisted by another government entity.

Here’s an excerpt from the Finnish Broadcast Company (access their piece here):

The case that lead Finnair to the black list concerned a traveler who missed her connecting flight from Hong Kong to Melbourne, because her Finnair flight to Hong Kong was delayed due to technical fault. Finnair refused to pay the customer the recommended 600-euro compensation, arguing that the delay constituted ”an unforeseen circumstance.”

The Consumer Disputes Board disagreed, saying that an unforeseen circumstance is only rarely related to a technical fault.

Finnair has become a regular at the Consumer Disputes Board, which last year received 700 complaints against the carrier, double the amount from five years ago.

Instead of paying the passengers the standard compensation of 600 euros, Finnair usually offers them a voucher or cash that is lower in value, Finland’s Consumer Ombudsman said last year. In addition, Finnair gives consumers a misleading picture of the current legal practice, the carrier’s obligations and passenger rights, the board added.

The the airline lost an EC 261/2004 case in the court in Finland last week that ended up costing the airline 22,000 euros in fees and penalties.

THE STATE-OWNED Finnair’s unwillingness to pay penalty payments for late one passenger eventually led to cost in excess of EUR 22 000 to the airline, survives the Helsinki District Court on Tuesday to give a solution. Finnair lost the dispute when the district court ordered the state-owned company to pay the costs of collection and the costs of late payment for the customer.

It is really unfortunate how badly Finnair handles these EC 261/2004 claims intentionally misleading claimants about their cases and sometimes offers vouchers instead of cash that they are eligible for.

The airline usually claims that mechanical are force majeure that the EU court has already long time ago rules are not.

The airline also denies most claims for claimants from Finland knowing that the Finnish consumer body that should enforce the EC 261/2004 in Finland is toothless. You should raise any possible claims against the airline in other European countries where your likelihood of getting paid is much greater and possible court process compared to Finland is much smoother and less expensive.