Qatar Airways CEO Akbar Al Baker who just started his one year tenure as the chairman of the IATA’s Board of Governors gave very unfortunate remarks at a press conference on Tuesday (and not for the first time). 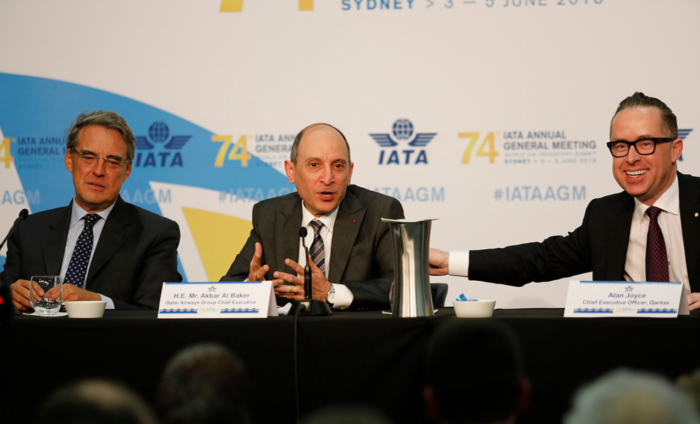 Mr. Akbar Al Baker made it very clear that it would be impossible for a female to lead Qatar Airways because it is very challenging position.

Here’s the excerpt from the Bloomberg (access their piece here):

Qatar Airways Chief Executive Officer Akbar Al Baker, who said his job was too difficult for a woman, has offered his “heartfelt apologies” for the comments and defended his record of promoting women.

“I would like to offer my heartfelt apologies for any offense caused by my comment yesterday, which runs counter to my track record of expanding the role of women in leadership throughout the Qatar Airways Group,” Al Baker said in an emailed statement.

At a conference organized by CAPA Centre for Aviation in Sydney, Al Baker was asked again to explain himself. “It was just a joke,” he said. “Everybody laughed. I thought that was the end of the story.”

Few people laughed at a press conference on Tuesday when Al Baker told reporters that Qatar Airways “has to be led by a man, because it is a very challenging position.”

It has been on IATA’s best interest to get more women involved in the business and comments such as this made by the new chairman are not helpful at all.

There is one female member in the IATA’s Board of Governors in 2018 from FlyBe. Perhaps IATA should try to be more inclusive too?