This Whine Wednesday is about passengers who literally behave like filthy pigs when being in the environment or airport club lounges as the one ‘lady’ I experienced three days ago at LAX. 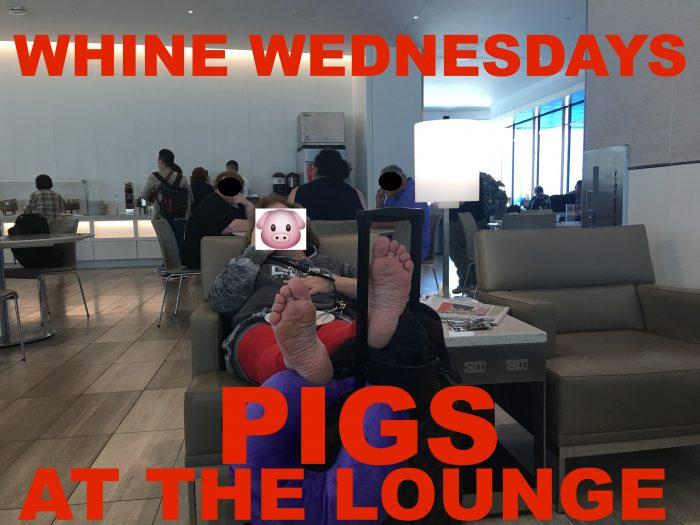 While other guests where munching away on their granola and cheerios this passenger who just arrived from a longhaul flight ex Australia had to elevate her dirty feet and yap away in her cellphone.

Not sure what brings out these horrible behavior traits in people when it comes to traveling but it apparently never occurs to them without comment from somebody else that a public space isn’t their living room.

Sitting opposite of other people and strangers at that just to elevate the bare feet just a meter away from someone who is just eating breakfast isn’t just ignorant to also worthy of a public shaming.

Apart from putting her feet up like this in the 20 minutes I was sitting opposite of her she called at least 6 people in a loud yelling tone of voice, telling them she was out of the country for 3 months. Super VIP!

I ended up telling her to put her feet down as this ain’t her living room which wasn’t exactly appreciated on her end but that’s not really my concern.

Not sure why people travel barefoot in the first place, especially at airports and on airplanes which are pretty much a collection of the filthiest places on earth. Last week I told a guy next to me that where now his bare feet are sitting I just stepped by with my shoes that I also wore when walking through Bangkok a few days before. He wasn’t impressed by that. Filthy!