This week our Whine Wednesday series is about Malaysia Airlines old 737 aircraft, some of which previously owned by American Airlines, that don’t offer any inflight entertainment options.

These planes which are incorrectly advertised on the Malaysia Airlines website as far as cabin comfort in Business Class goes are often used for regional flights of up to 5 hours duration.

During the last ~12 months Malaysia Airlines has quietly added these old 737 aircraft to their fleet which passengers who flew American Airlines in the past immediately identify as one of those planes.

I started noticing these aircraft flying around in the MH colors during the past year and often had seats where the actual seat number per row didn’t even correspond to the seat number engraved in the actual seat (old AA domestic First Class seats).

These cabins are equipped in the same old fashion they flew under when the planes were AA which means no Inflight entertainment, old leather seats and many cabin defects.

I had these planes often on the Kuala Lumpur – Bangkok route but when I flew Taipei – Kuala Lumpur last week it hit me again and that’s a 5 hour flight.

As a remedy for the lack of entertainment system in Business MH provided an old personal video device: 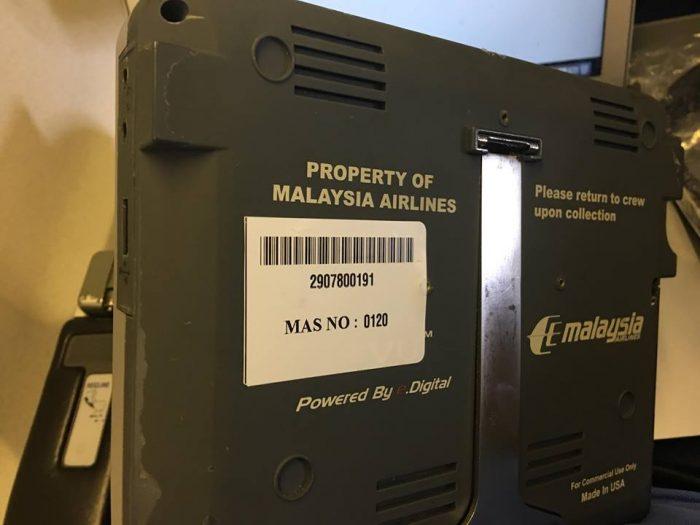 It had 5 movies on there of which I ended up watching ‘Runaway Jury’ which was pretty much the most recent. Fair enough, I haven’t seen it for at least 12 years after all.

Interestingly enough Malaysia Airlines doesn’t even advertise this cabin type on their website under fleet information:

Needless to say the cabin also didn’t feature the in seat power option on this flight – what a surprise! Neither did they have a wardrobe available to stow peoples jackets.

Over the years, as recent as this week, I have written enthusiastically when it comes to the low Malaysia Airlines fares but of course every cheap thing in life has a reason why it’s cheap in the first place. I can accept that but what I don’t like is false advertisement and adding these old planes quietly into the fleet without informing the customers what that means for them.

When booking these tickets one should make sure that the destination is actually served with the widebody aircraft (such as Beijing, Osaka, Seoul, Shanghai, Tokyo) and not the narrowbody 737 planes that operate pretty much all other routes.