New Airline MOXY Entering The US Skies In 2020?

Serial airline entrepreneur David Neeleman that is currently (effectively) running the Portuguese flag carrier TAP and was the founder of number of airlines (Morris Air, WestJet, JetBlue and Azul) is apparently eyeing at new US opportunity. 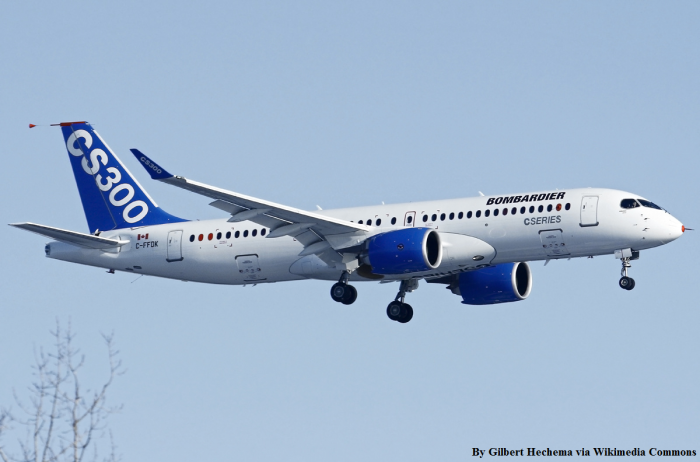 Airline Weekly was reporting that Neeleman’s new entity has placed an order for 60 Bombardier CS300 aircraft and this new airline called Moxy Airways (why same name as Marriott’s hotel brand?) is supposed to take into the skies in 2020.

The airline, to be called Moxy Airways, has secured orders for 60 Bombardier CS300 aircraft, the trade journal reported, citing people familiar with the matter. The first would arrive in 2020.

Moxy is designed to maximize the economic advantages of the C Series, along with the use of smaller, secondary airports such as Providence, Rhode Island, Fort Worth, Texas, and Burbank, California, Airline Weekly said.

Moxy has told investors it will sell only point-to-point flights to keep down costs, according to a presentation cited by the publication. But the airline isn’t seeking to mimic ultra low-cost carriers like Allegiant Travel Co. or Spirit Airlines Inc. Instead, Moxy would be more in line with Neeleman’s past ventures at Azul and JetBlue, where spacious seats and free Wi-Fi combine with some fees for extra services, such as snacks or seat assignments, Airline Weekly reported.

You need to take any airline venture backed by Mr. Neeleman very seriously due to his track record.

He was forced out from the JetBlue after which he went to start WestJet in Canada and later Azul in Brazil. Now, he tries to Save TAP in Portugal (let see how that will work out).

Interesting to see how this Moxy (I hope that they will change the name – may have to due to Marriott owning the hotel brand) Airways venture will pan out.