Passengers of a delayed Air Asia flight allege the crew used the air condition system to evict them from the plane after they refused to leave the aircraft following a 4 hour+ ground delay. 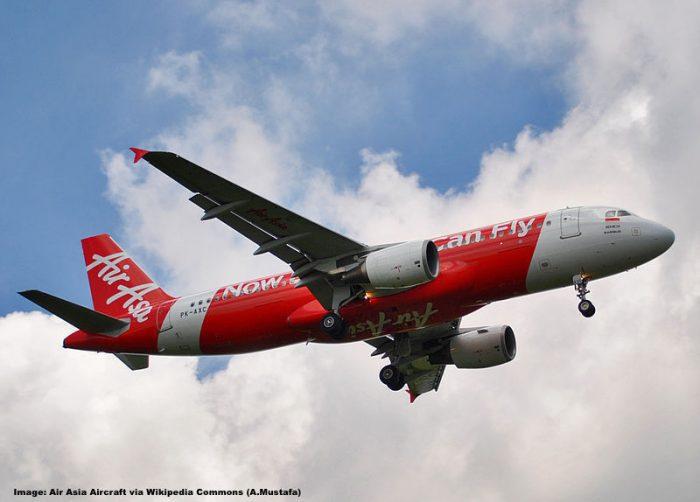 Eye witnesses allege that the carrier used the effect of the condensing, cool conditioned air and loud noise to scare people off the plane after many refused to get off.

This is already the second delay related incident of a flight to/from India where news break out that the situation on board escalated (the other one being the Singapore Airlines flight ex SIN).

According to this Times of India article and quotes passengers the flight was already delayed for 4+ hours and the passengers on board for 1.5h when the airline decided it had to be cancelled.

Some passengers on an AirAsia India flight from Kolkata to Bagdogra got into an altercation with airline staff over deplaning them after the flight was delayed by over four hours, a passenger claimed.

“The flight was scheduled to depart at 9am and was initially delayed by 30 minutes. After boarding, we kept sitting inside the aircraft for one and a half hours with no food or water at all,” Ray told PTI.

The flight captain then instructed all passengers to de- board without any explanation, he added.

“When passengers refused to deboard due to heavy rains outside, the captain put the air-conditioning blower on full blast to hound the passengers out. It created a scary scene as heavy fog was created inside the plane and it was very suffocating,” Ray said. He further said that many women passengers started vomiting and children were crying.

In a video that he uploaded on his Facebook profile, it was seen that passengers were arguing with on-board staff for switching off the blower.

Sitting on an Air Asia plane for an extended period of time is already torture but then having it cancelled adds insult to injury. There is really no choice though as nobody wants to fly with a defective plane.

I’m not convinced that the situation with the air conditioner caused passengers to vomit.

Here is the video one of the passengers took and uploaded on Facebook:

Flight no I5 582 of Air Asia to Bagdogra. First they pushed back, then returned to bay .. then announced technical snag. Kept stationary for one hour on tarmac to instruct deplaning. When passengers objected, put blowers in full blast to hound passengers out. Simply suffocating kids … No food or water in between.

This is the way Aviation industry work in India.

As far as I understand it the passengers were on the actual plane for 1.5 hours (plus the delay beforehand) or so before they were instructed to get out. That’s usually not a duration where airlines serve food to passengers to accommodate them, especially not Air Asia as they’re a budget carrier.

Air Asia released a statement disputing the version of the passengers:

AirAsia India would like to confirm that flight i5583 from Kolkata to Bagdogra was delayed by 4.5 hours due to a technical requirement. AirAsia regrets the inconvenience caused to guests on account of this disruption and would like to reinstate that the airline always prioritises safety above all,” the company said. It further said that there was no danger to any of the occupants on-board the aircraft as the cool conditioned air being circulated was condensing.

This is a normal occurrence on-board all aircraft when the air conditioning is operated in high humidity conditions,” the statement said.

And if things weren’t bad enough it went downhill even further:

The company also claimed that all the affected guests were offered refreshments and provided with alternate arrangements requested for.

Ray, however, countered that and said the airline had asked them to go to the food court in the airport after deplaning them and show the boarding passes to get food.

“When we reached the food court, they refused us. There was no communication from AirAsia at all. We had to pay. When we were boarding the flight second time, then they gave us one sandwich and a 250 ml water bottle. This is an unacceptable treatment,” he said.

Absolutely a horrible situation. As much as I like the principle of an airline compensating passengers in case of a long delay there is very little purpose in going back and forth, fighting with the staff over vouchers. Just go and buy yourself something to eat if you’re hungry!

It’s pretty obvious there is a total lack of communication and management at the Air Asia station to handle this delay, however the initial complaint the crew chasing passengers out on purpose by means of the air conditioning system has no merit. In a tropical climate with open doors, planes need to power up their a/c or it becomes a sauna. Sounds more like the arguments with the cabin crew made everything even more dramatic then it needed to be and that seems to be a common theme with flights to/from India that have operational issues.

Air Asia usually offers to buy a delay insurance for each flight so if one is really concerned about this happening maybe take out that policy or take advantage or a different travel insurance through another source.

First Radisson Individuals Opens Up In The United States – Sebastian...

Airfare of the Day [Business Class] ETIHAD Tokyo To Frankfurt from...