Club World is that business class product almost everybody loves to hate. Since Alex Cruz took over as CEO customers have been experiencing cut backs on their premium product amenities. These criticisms made headlines for good part of 2017, prompting their former low-cost carrier CEO, Alex Cruz, to announce the roll-out of new dining concepts and amenities for their premium products before the year ended.

A couple of weeks ago I got Op-Up’d from World Traveller Plus (which I reviewed last February) to Club World on my flight from Heathrow to Los Angeles, and here’s what I found on board my flight.

On the A380-800, BA offers 97 Club World seats in two cabins on the lower and upper deck. I was seated on the lower deck which offers a 2-4-2 configuration.

This is one of the most hated facts about British Airways business class product: It’s densely packed. Hopefully they’re listening and this configuration won’t make a comeback on the new Club World cabin expected to roll out next year. 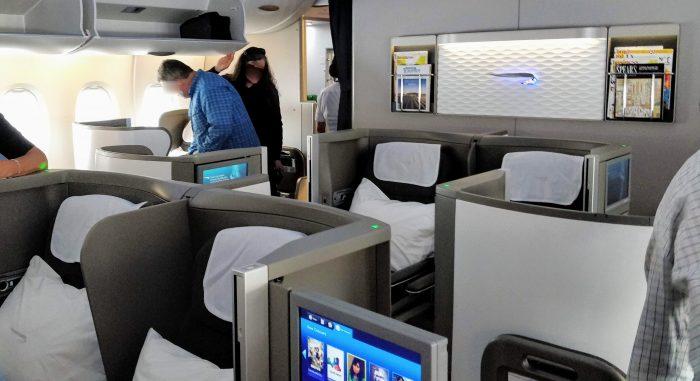 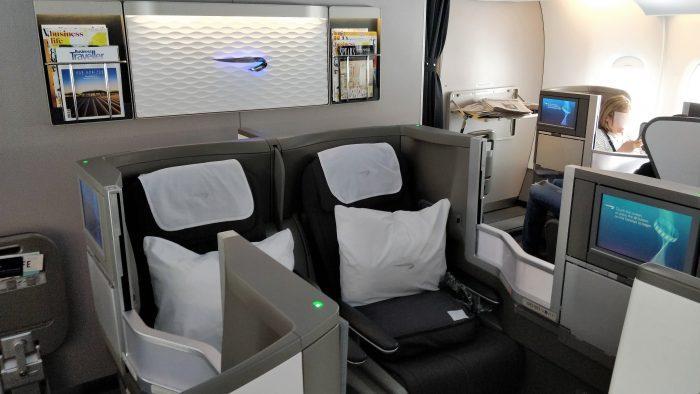 The issue with this cabin is not only the elevated population density but also the lack of privacy that comes with it. Seats are alternate forward and backward-facing, which guarantees awkward glancing at your travel companions, at least during take off and landing. And there’s no direct aisle access for half of the cabin passengers, another nowadays standard business class feature in most carriers. 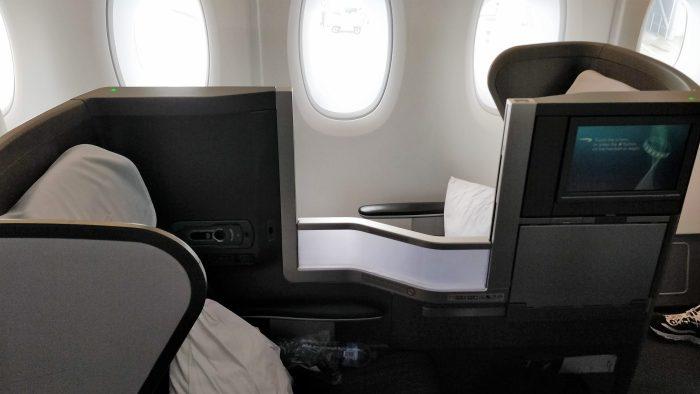 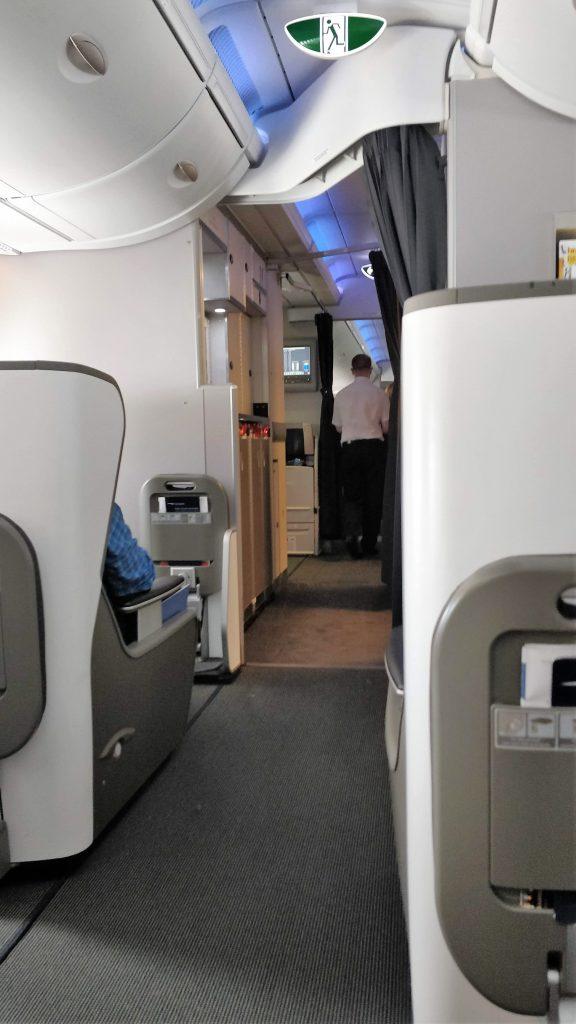 The seat offered in Club World comes with 72″ pitch and (a rather narrow) 20″ width. 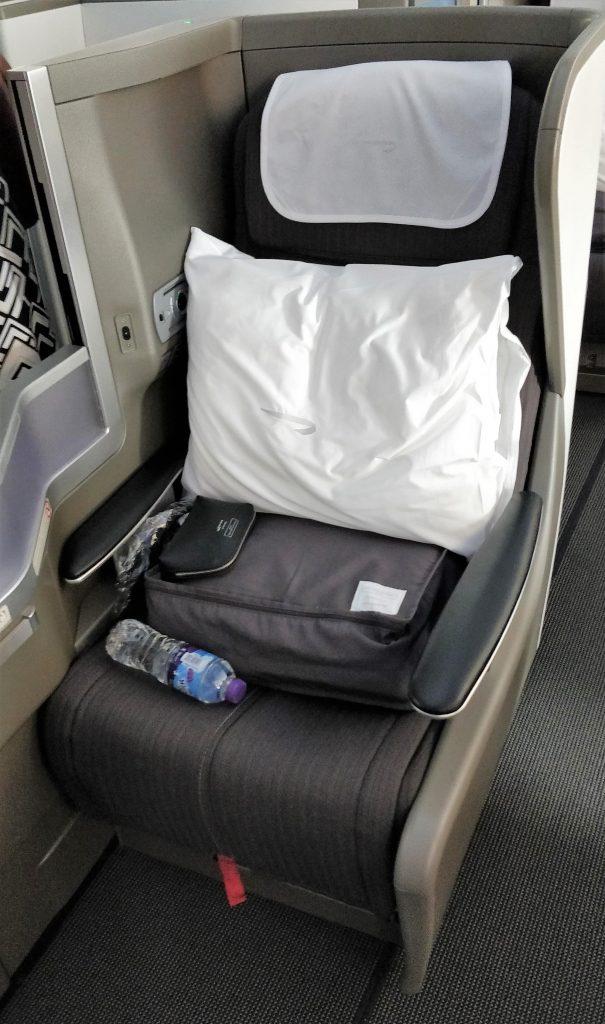 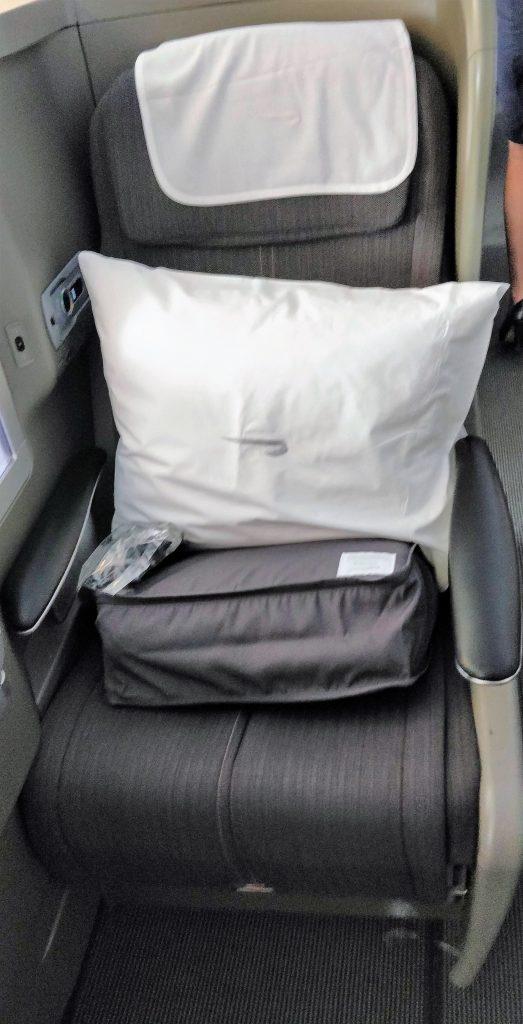 The seat set is completed with a folding foot rest located on the back of the seat in front.

At boarding the bedding set, the amenity kit and a bottle of water were placed on top of it.

A negative consequence of the densely populated business cabin is the lack of storage space. Besides the overhead compartment, the seat comes with a drawer big enough to store your amenity kit and another item about the same size. 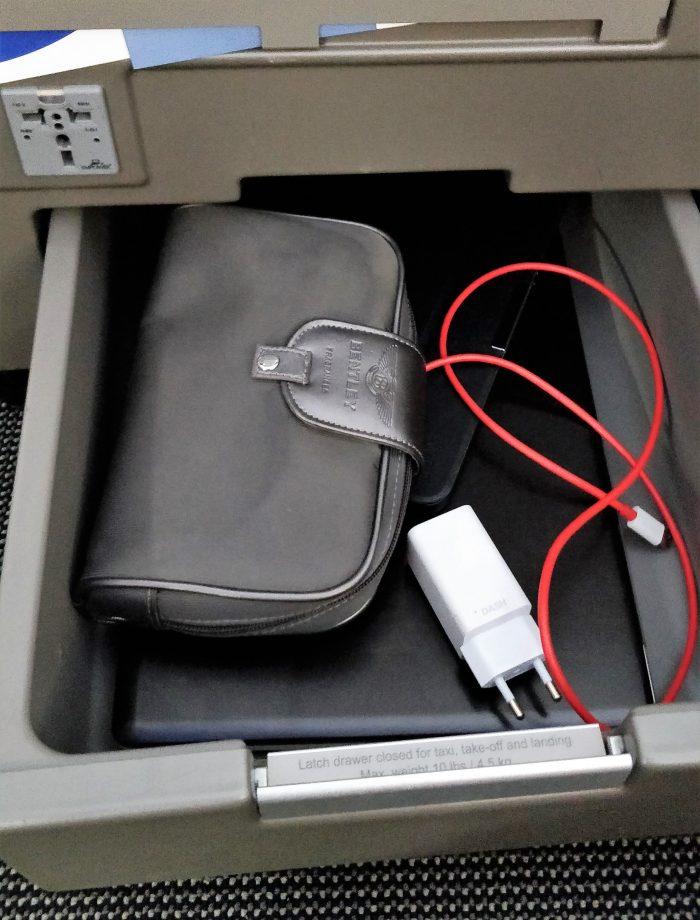 The seat comes with power and USB outlets on the front panel next to the foot rest. On the side panel, besides the headphones plug there is another USB port and an AV outlet (people use this?). 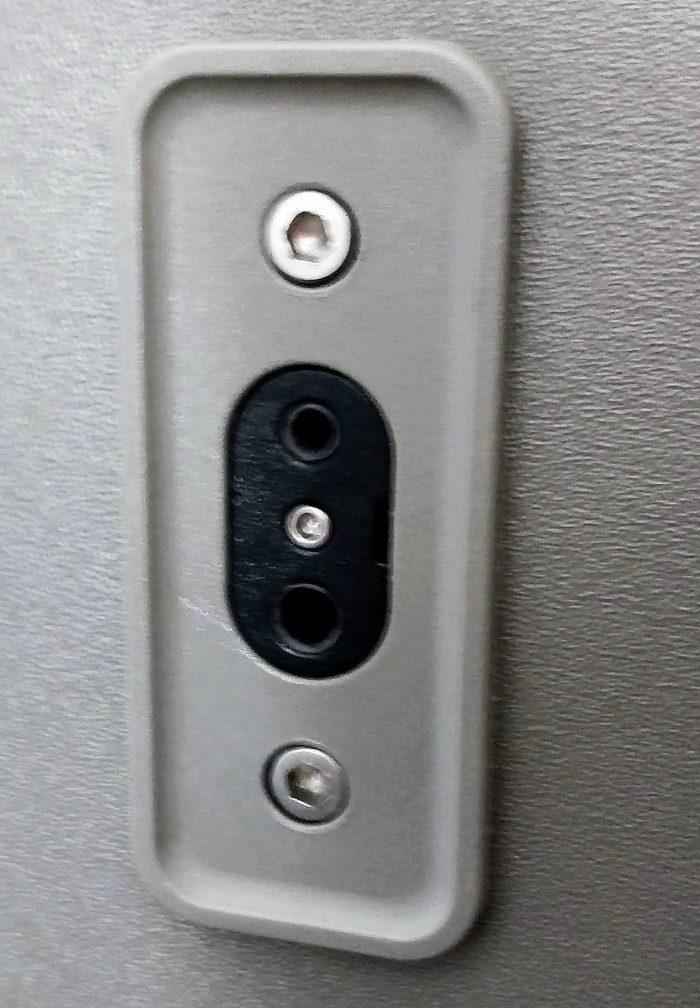 Both the screen and the food tray fold out of the lateral panel. 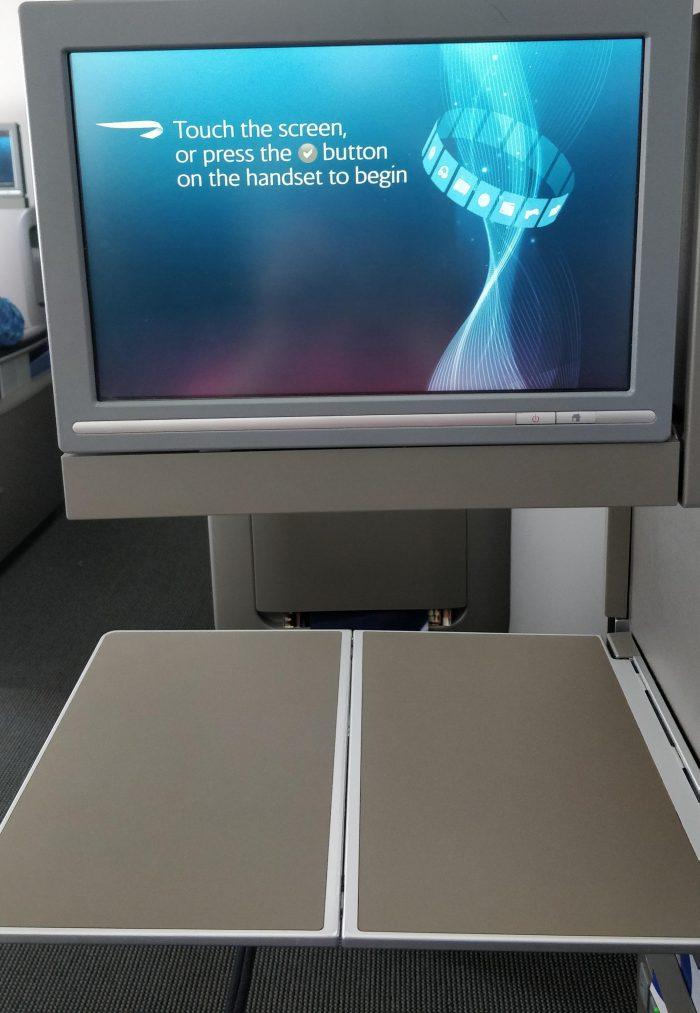 The side panel also counted with seat position controls and a reading light.

Here are some pictures of the seat with the bedding set and the cabin with mood lighting.

At boarding, generic headphones were provided. The lateral panel had a handheld control in case you did not want to use the touch screen. 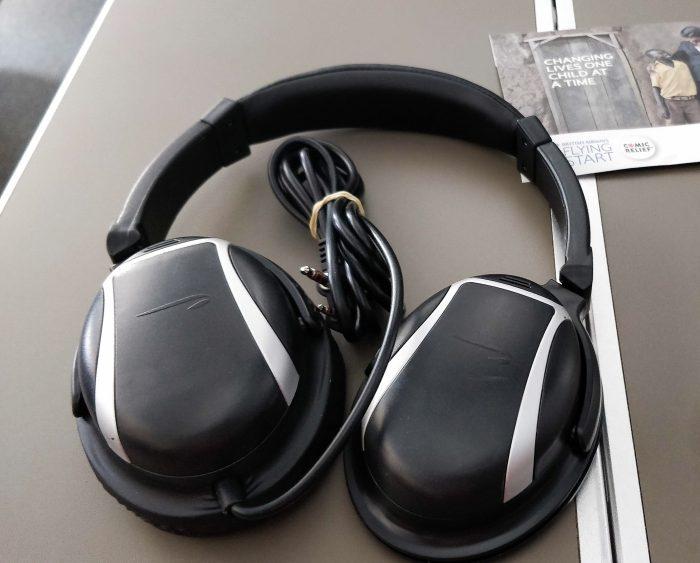 An overview of the IFE offer on this flight: 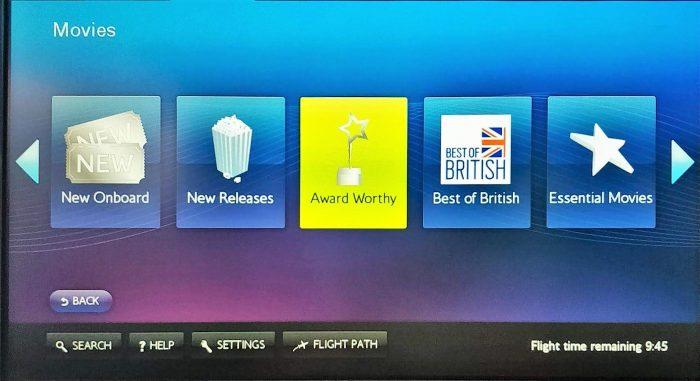 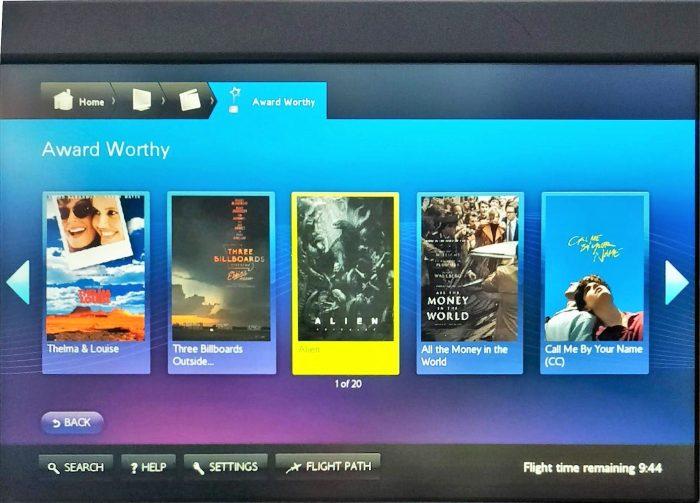 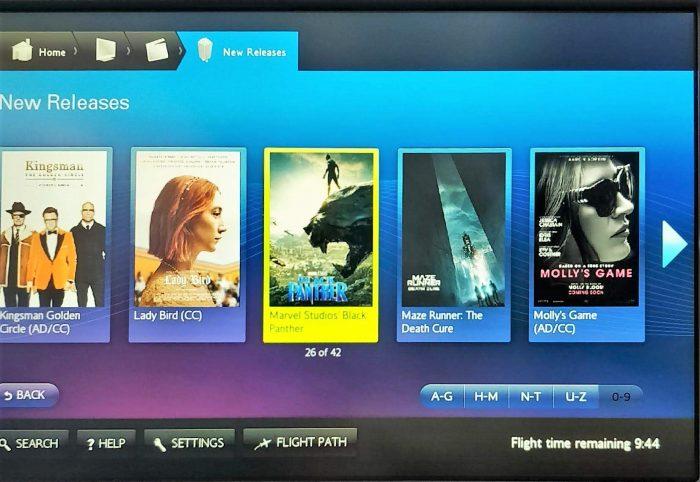 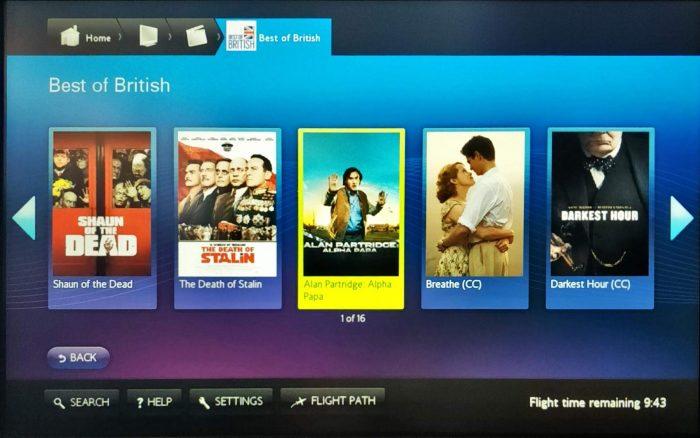 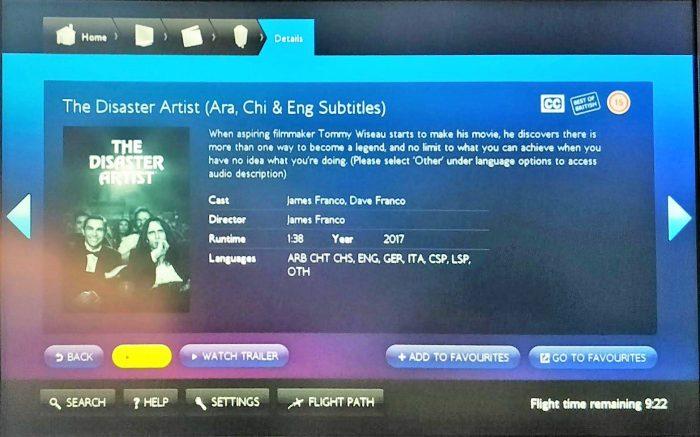 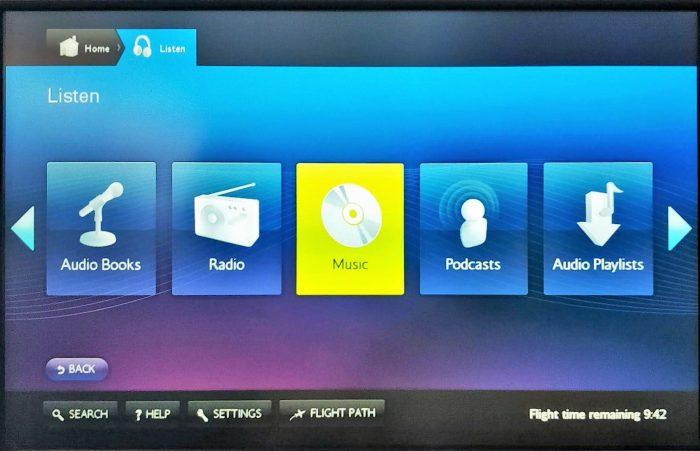 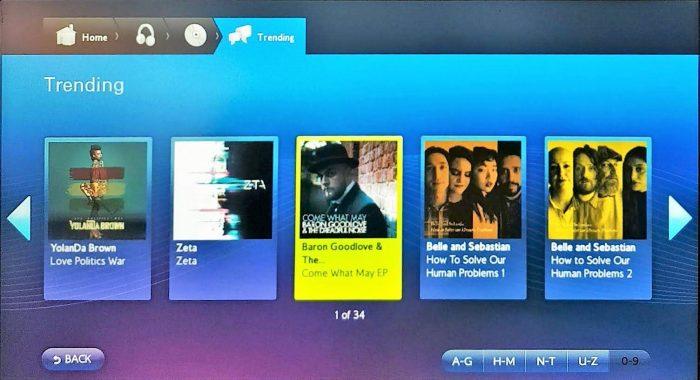 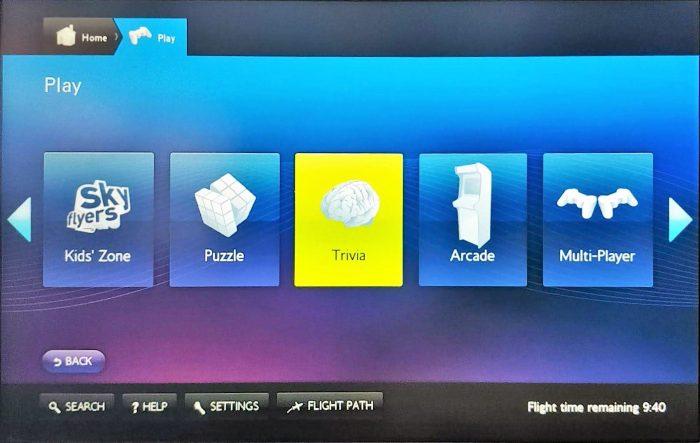 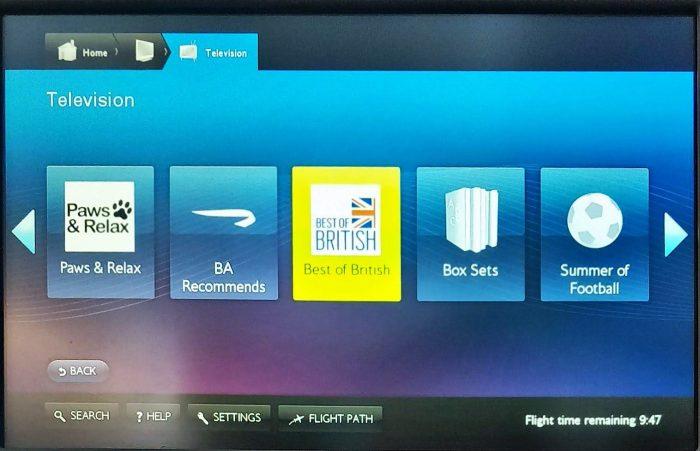 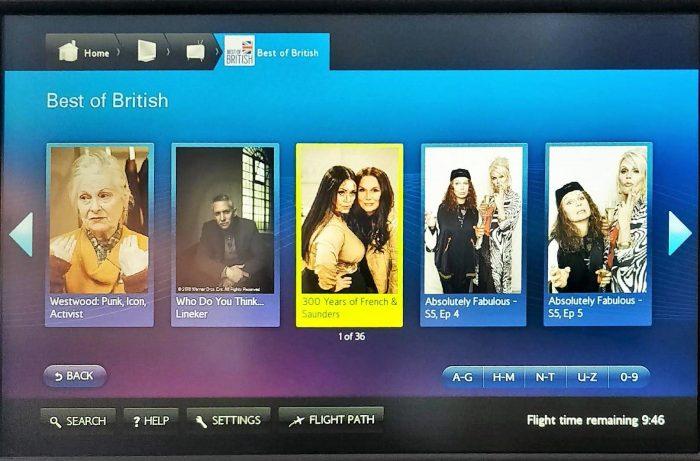 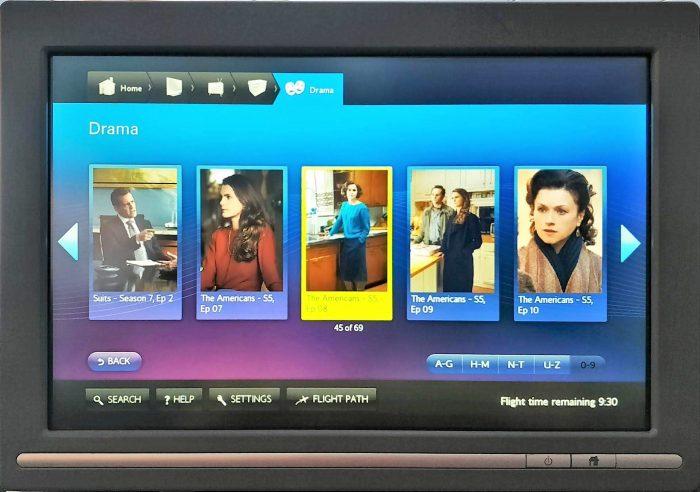 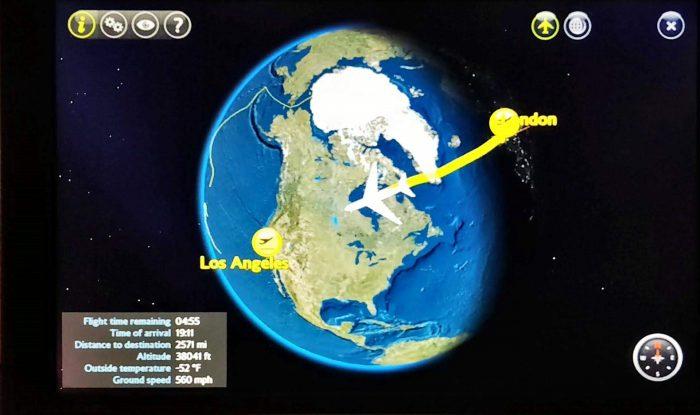 A small leather pouch from The White Company with the usual contents was provided as amenity kit. Socks, eye shades, a dental kit, and moisturizer/lip balm/relax pulse point were packed inside the pouch. The lavender relaxing pulse point is a nice addition! 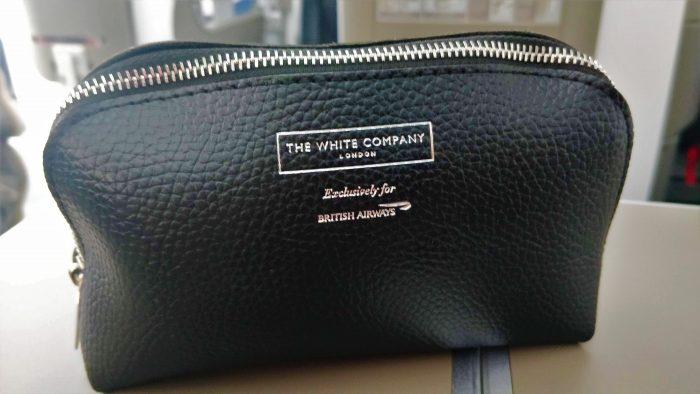 The other thing people love to hate about British Airways: their infamously dreadful food. John calls BA a “bring-your-own-food” carrier, for example, and my previous experiences in Club World had been disastrous in this department.

But whatever awful food I had before, this flight was definitely not any of those. If these are the changes Mr. Cruz announced taking effect, they’re more than welcome. 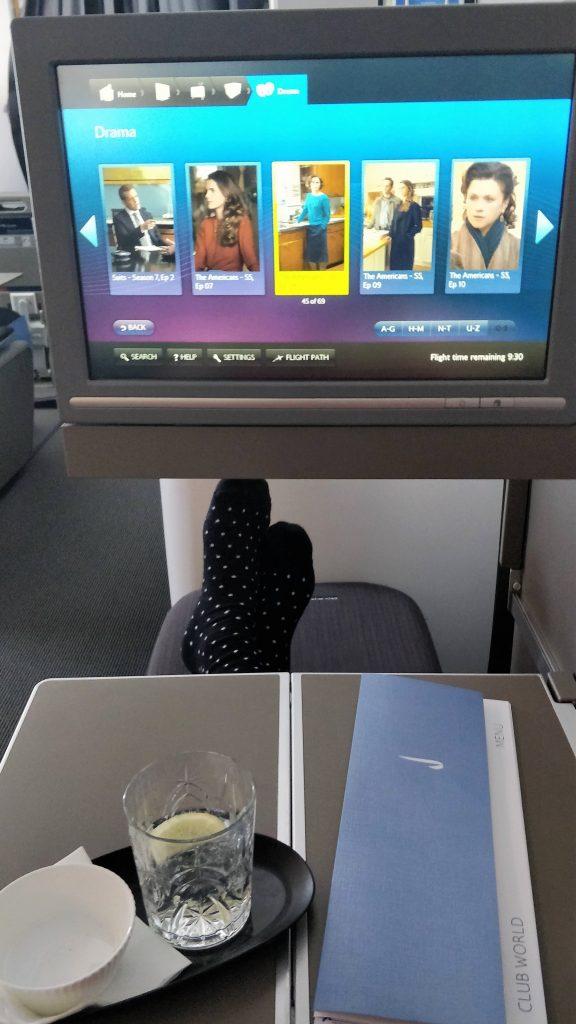 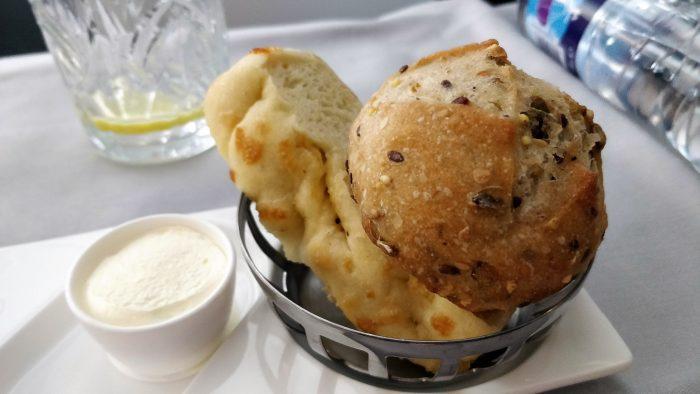 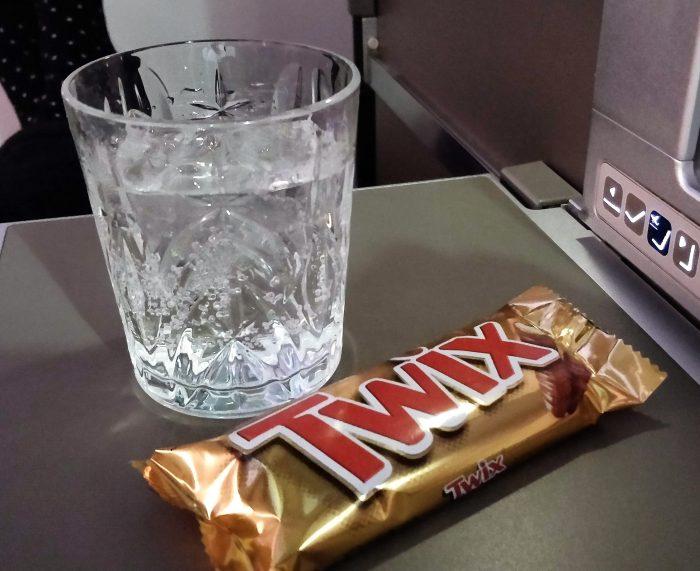 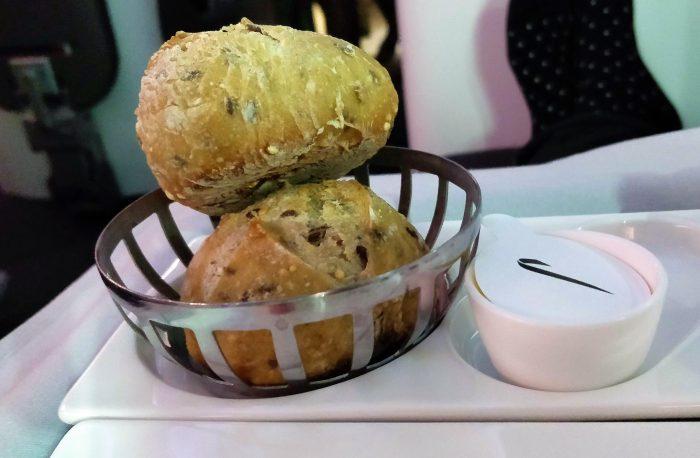 Was I that lucky that not only got Op-Up’d but also got that one BA flight with the good food? I hope that’s not the case and that they are really improving their soft product on the wait of their highly anticipated new cabins to be announced in 2019. I was pleasantly surprised with the food offering. It was tasty and nicely presented.

Of course the seat and cabin configuration they’re using now is not only non-competitive (in words of their CEO), but also rather poor from the user perspective. If BA wants to survive to a highly competitive transatlantic market, those seats need to go.