Lufthansa issued a public apology concerning the ongoing delays, cancellations and overall chaos in it’s flight operations the other day but it seems that move did very little to calm public sentiment. 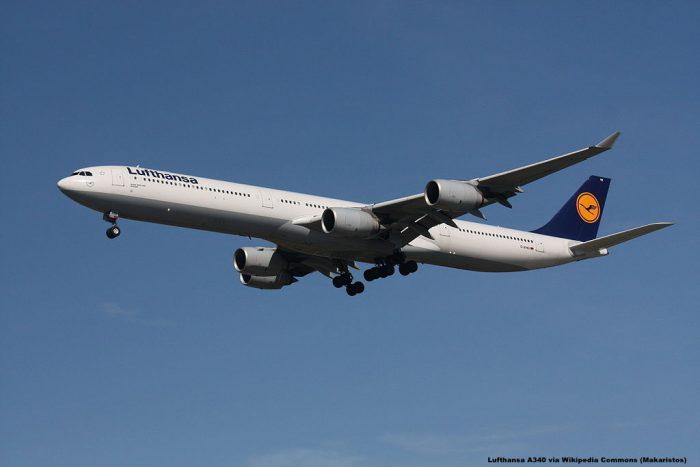 The major point of contention is the budget subsidiary Eurowings which earned itself a reputation for being unreliable and plain horrible which is proven time and time again over recent months as the complaints are mounting.

With Lufthansa mainline it’s slightly better but they still have massive problems and overall the company had as many cancellation in the first six months of 2018 as during the entire year 2017.

Lufthansa sent out the following letter to their customers [translated from German].

Over the past few weeks Lufthansa has experienced a large and very unpleasant accumulation of flight cancellations and delays. We will contact you personally today to apologize for the nuisance and inconvenience this may cause.

There is a time behind us that has taken a great deal of operational time: weather disasters, air traffic controller strikes in some European countries as well as bottlenecks in air traffic control and in the airport infrastructure have led to massive disruptions in air traffic. In the first half of this year, we had to cancel more flights than in the whole of last year and our punctuality has fallen to an unacceptable level because of the current restrictions on European airspace.

We are aware that unfortunately we could not offer you the service that you can expect from us as a premium airline and that is our claim. We also understand your annoyance if we could not reliably get you to your destination. However, our employees give everything daily to make the journey as pleasant as possible for you despite irregularities in flight operations!

We assure you that together with our system partners, such as the airport operators and the German air traffic control, work intensively on a solution of the existing bottlenecks and a significant reduction of the associated impairments.

We initiate process improvements and continuously develop our digital services. Communication with you – especially in the case of irregularities – is most directly achieved via the Lufthansa App. Therefore, we recommend that you download and check in via them. Only then can we inform you immediately – e.g. about gate changes, current boarding times or possible changes.

We thank you for your loyalty and your patience in view of the current situation and we hope that you will continue to be loyal to your Lufthansa! That is our motivation and we look forward to getting you back to your destination more reliably in the future!

It didn’t take very long that short after this email went out the company got blasted with criticism even from well respected media sources, saying the airline isn’t sincere in their apology and most of their issues were home made.

The Handelsblatt writes that the reasons Lufthansa quotes as the source of their problems aren’t reflecting critically Lufthansa’s own partaking in the entire mess critically enough.

The author outlines that the company has neglected to properly assess the partial integration of the now defunct Air Berlin into their Eurowings fleet and that the company has designed the schedule overly optimistic with little to no breathing room in case of shortages in both staff and material.

Now another Handelsblatt article finds even harsher words for Germany’s flag carrier. It alleges that the apology letter is nothing but a false flag operation by the management who doesn’t take the situation and customer satisfaction serious enough. The carrier is also accused of neglecting and not confessing to  their own mistakes, especially in the matter of Germanwings.

The product itself isn’t taken very kindly upon either. The Lufthansa Continental Business Class is being described as an overpriced product that offers it’s passengers less space than a pigs stall at the farm.

Indeed Lufthansa has lost touch with their pricing policy on many routes, be it for their mainline flights or the Eurowings product. Business Class is essentially the same as Economy just with an empty middle seat and a small meal. This is pretty much the common picture among all European carriers though and has been for many years. Premium cabins with spacious club chairs is not something any of them offers.

Lufthansa had to fight many obstacles over the past years. Strikes were a huge part of it and the companies constant conflicts with their labor groups has landed the carrier literally on the no-fly-list of many customers. Then there was the somewhat bungled takeover of a substantial part of Air Berlin and the integration into Eurowings, causing another row with former Air Berlin staff who was allegedly offered unfavorable contracts.

Eurowings has been a disaster for the image of Lufthansa as a “Five Star rated carrier” based on their Skytrax rating the company advertises everywhere. Whenever the budget carrier is in the news it’s always for the reason of cancellations, complaints and delays. Customers also report that it’s impossible to reach the airline on the phone in case irregular operations occur. Eurowings only operates a hotline that charges by the minute and hour long waiting times are common. Based on such a performance it’s understandable that management ignores the real issues at hand.