One of Vancouver’s most popular luxury hotels, The Four Seasons Vancouver, will close it’s doors on January 31st 2020 after being in business for more than 40 years and having received numerous awards. 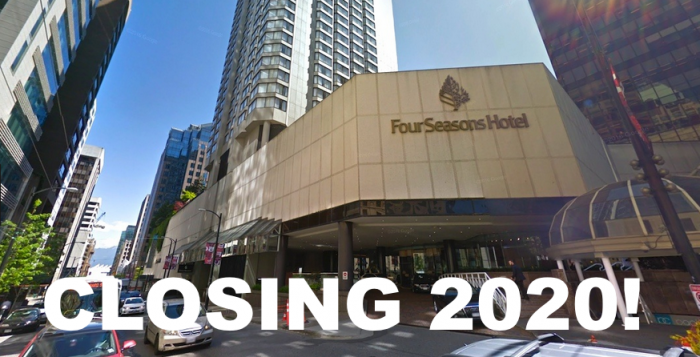 The owner of the property didn’t renew the lease and already tried to get rid of the Four Seasons through a lawsuit alleging that the hotel company failed to upkeep the property.

The Four Seasons Vancouver is attached to the Pacific Center shopping mall which is also owned by Cadillac Fairview and the real estate itself including the hotel is obviously from a different era just by the optics of it.

In terms of the hotel it has to be said that the Four Seasons underwent a multi million dollar renovation project not too long ago in order to refresh the interior, certain facilities and especially the guest rooms. There are some things however that can’t be fixed as easy and sooner or later the time comes when operations have to be shut down and a property completely overhauled.

Real estate value in Vancouver has been soaring in a crazy pace for the last 10-15 years and in fact the dispute between the hotel company and the owner can be traced back to 2015 when Four Seasons has been put on notice about alleged deficiencies and failure to uphold standards as well as a luxury appearance of the building.

Even though the lawsuit vaguely compares the Four Seasons to the new luxury hotels in town and says the FS can’t keep up. But is this really a valid argument to be made?

There was an article published by CBC last month (see here) that cofirmed the bad news: Four Seasons is going away in early 2020.

The Four Seasons hotel in downtown Vancouver is shutting down after operating for more than 40 years.

The hotel, located on West Georgia Street next to Pacific Centre, will close for good on Jan. 31, 2020.

A statement said the hotel’s landlord, Cadillac Fairview, didn’t renew its lease for the property.

Cadillac Fairview sued the hotel in December, alleging that the hotel looked “tired” and outdated, not keeping “with typical first-class luxury hotels.”

The landlords sued in hopes that a judge would rule that the hotel violated its lease terms. If that happened, Cadillac Fairview would be free to bring a new hotel to the site.

The landlord also sought damages for the alleged breach of the lease. The hotel filed a response to the lawsuit “denying each and every allegation.” None of the claims have been proven in court.

The Four Seasons was one of only two Vancouver hotels and one of six in Canada to earn a five-star rating in the Forbes Travel Guide. The Rosewood Hotel Georgia — just across the street — was the other Vancouver hotel to get a nod.

Here are some excerpts of the lawsuit the plaintiff (Cadillac Fairview) alleges:

But are these allegations valid and fair?

It is an old hotel there’s no denying that. Yet Four Seasons has invested money in a renovation of guest rooms and some public areas. On top of that the hotel is usually available for half the rate that other luxury hotels in the city command – those the plaintiff drew comparison with.

I have stayed at the hotel once or twice per year for the last decade and never found it to be horrible to the extend of that the hotel needs to close. Would I stay there for $400+ ? Never. But for $180-220 a night it’s a decent value.

From all I’ve read it seems that the property owner tried for years to get rid of the Four Seasons to gut the hotel or even tear it down entirely and then bring in a new tenant at a more lucrative price. The lawsuit in itself is borderline frivolous given the fact it even seeks damages for alleged neglect of the building. That is in no way the case and the Four Seasons even holds multiple hospitality awards that are all current.

On the other hand I somehow suspect that Four Seasons somewhat expected their lease not being renewed beyond 2020 so they invested ‘some’ money in the last 10 years but not a crazy amount. The brand has many older hotels that are in need of renovation or that don’t meet revenue targets. Bangkok was one of these cities as well where the Four Seasons is now gone, awaiting a new property to open at.

Whine Wednesday: New Marriott Policy – SPG Platinum Concierge Not Allowed To Call Hotels Outside Of The US

Atlanta Airport: Half Naked Man Runs Across Tarmac, Tries To Jump Onto The Wing Of Delta Airlines Plane 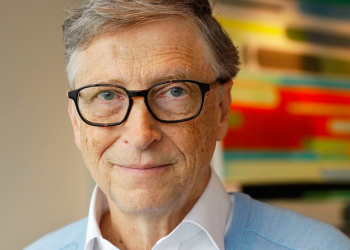 Bill Gates is becoming a hotelier as his investment firm Cascades just purchased a controlling stake in Four Seasons Hotels... 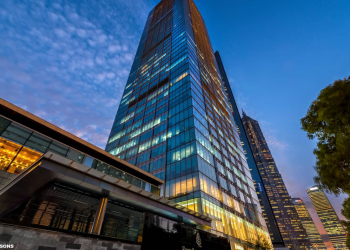 IHG today announced that it had signed the current Four Seasons Shanghai Pudong that will reflag under the Regent-brand. The...