A LoyaltyLobby reader sent us an email about two hour delay with Kuwait Airlines that lead to a misconnect in Kuwait City. 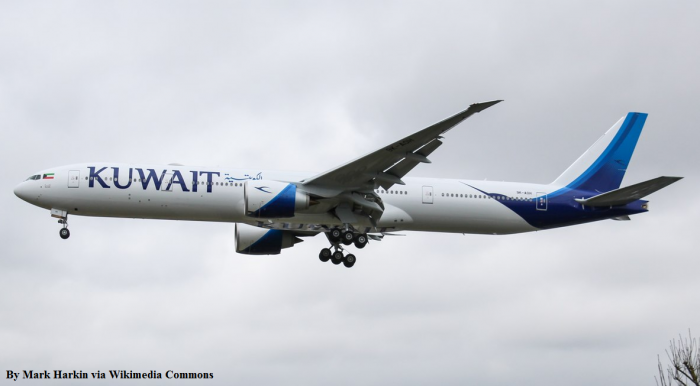 Which is over 2 hours. No refreshments of any kind or Even water was provided at Rome.

over 40 passengers I think are stranded. They claim weather problem.

2. Al Safir Hotel was provided by 2 am which is 3 -4 hours post arrival 10:45 pm and waiting in Kuwait airport. Hotel is within airport runways / parking area and our passport and boarding passes have been taken from us by hotel. We cannot goto airport or anywhere. Just stuck at hotel for over 24 hours. food was provided by 3 am only. Today 2 meals were provided.

3. Original connection ku 383 was 10:25 pm on 27th June but new connection is 10:25 pm on 28th June as per revised boarding passes. There was a 5:45 pm flight today but they refused to give that, there was 5 am flight to Mumbai also and they refused that also. Making it more than 24 hours delay to destination Delhi now. we yet don’t know if any delays for this flight tonight.

Now is 8:20 pm and we waiting for bus to goto airport. We worried if we can catch flight or not or wait another 24 hours ?

Should I check with insurance company applicable compensation for 24 hours delay to final destination.

Or talk to airliner for compensation ?

Should I buy new flight on my own and claim to Kuwait airlines later ?

I would assume that the reader has already found his way back to India from Europe.

The European Union legislation EC 261/2004 applies here because the trip started in Rome. There was recent ruling that this legislation now also applies to misconnects outside of the EU on itineraries such as this.

Airlines often blame “weather” because it could be a reason why 600 euro monetary compensation per passenger wouldn’t apply. The airline has provided Duty to Care such as hotel accommodation and meals due to the overnight delay in Kuwait City that is mandated by the same legislation.

The reader should first open a case with Kuwait Airlines and reference European Union legislation EC 261/2004 and request 600 euro compensation. If the reader has delay insurance through credit card or separate travel insurance policy, he could collect collect on those too.

If the EC 261/2004 compensation is denied for dubious reasons, then there are two options:

1. Use one of the companies that process these claims but who will take a cut if they are successful.

2. Contact the national enforcement body in Italy that is required to deal with consumer complaints. You can find their contact information on the PDF below.

Somehow Kuwait Airlines employees in Rome have forgotten to hand out the leaflet informing passengers about their rights per EC 261/2004? Neither first nor the first this happens….

I hope that the reader can get Kuwait Airlines to pay up the required compensation unless there really was weather condition in either Rome or Kuwait City that affected air traffic.

How’s The Hilton Food & Beverage Credit Instead Of Breakfast Is...