An irate man has attacked security screening staff at Duesseldorf Airport with a knife and caused life threatening injuries to the man who is currently undergoing emergency surgery. 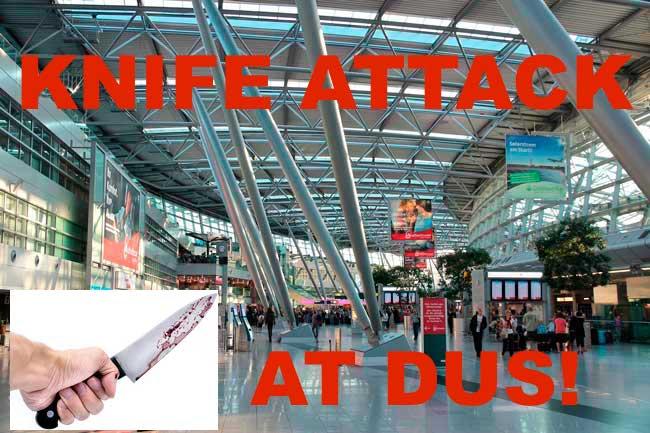 From news reports in German media the assailant jammed a knife into the mans head and then fled the scene until he could be taken down a short while later.

A terrible and senseless attack from an individual that according to the police appears to have mental issues and who is currently being held on charges of attempted murder.

According to the news report a man stepped up to the security staff from behind and jammed the knife into his head with one heavy jab. He then fled the scene.

A short while after the police was able to locate and arrest the assailant who is currently being held on charges of attempted murder. He has no police record and the police assumes that he suffers from mental health issues though no medical diagnosis in that regard has been conducted yet.

The victim was rushed to a Duesseldorf hospital and underwent emergency surgery though the injuries were not life threatening at that point.

One can only speculate what brings someone to attack a total stranger with a knife in such brutal fashion which could have easily lead to life threatening injuries or pretty much immediate death. Crazy!

Basic security staff at German airport is – similar to the TSA – not armed. The only individuals that are armed are the officers of the Federal Police (Bundesgrenzschutz). This incident took place somewhere in the arrivals area of Duesseldorf Airport and not at the security checkpoint where there are usually a couple armed BGS officers stationed or on patrol.