Etihad Airways has been battling mounting losses in the past few years partly due to very badly placed bets in Alitalia and Airberlin (both went bankrupt). Sebastian reported their last year’s results recently (read more here). 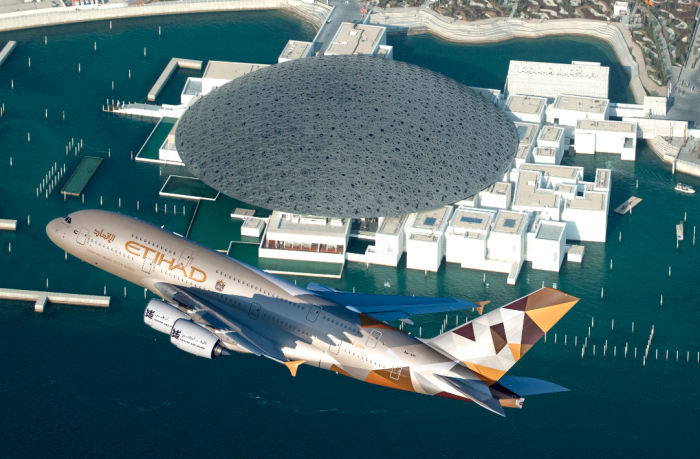 Now, the new CEO Mr. Tony Douglas has given more insights what the airline’s plans are going forward. Etihad Airways will scale back on global ambitions (many routes have been cut already and frequencies reduced) and will empathize point-to-point traffic instead of shuffling passengers through its Abu Dhabi hub.

Here’s an excerpt from Arabian Business (access their piece here):

Etihad Airways chief executive officer Tony Douglas laid out plans to scale back the carrier’s global ambitions following almost $3.5 billion in losses, saying more jobs may be cut and that jet orders are in doubt after a “whirlwind” six-month review since he took charge.

He’s also in negotiations with Airbus and Boeing after concluding that doubling the fleet is no longer viable, calling into question scores of wide-body orders.

Douglas said the focus on Abu Dhabi will prioritise point-to-point flights over the super-hub model that the carrier previously pursued as it sought to attract customers making flights between Asia, Europe, Africa and the Americas.

I have been on full Etihad flights either terminating or having a stopover in ABu Dhabi when only couple of bags have come out at the baggage carousel in addition to mine indicating mainly connecting traffic.

It is difficult to get passengers to get have a stopover in Abu Dhabi more than once (same in in Doha). After all, there just isn’t that much to see and to do.

Let’s hope Etihad is successful on its restructuring and that they don’t have to cut more routes than they have already and no more “enhancements” to Etihad Guest loyalty program.

There has been lot of chatter about Emirates and Etihad co-operating closer in the future or perhaps even possible full merger. That is up for the rulers of Dubai and Abu Dhabi to decide.