The Compensation Clinic Case during this week stems from a Sheraton branded hotel in Indonesia where I stayed in recent weeks and where a bathroom maintenance issue required work in the middle of the night. 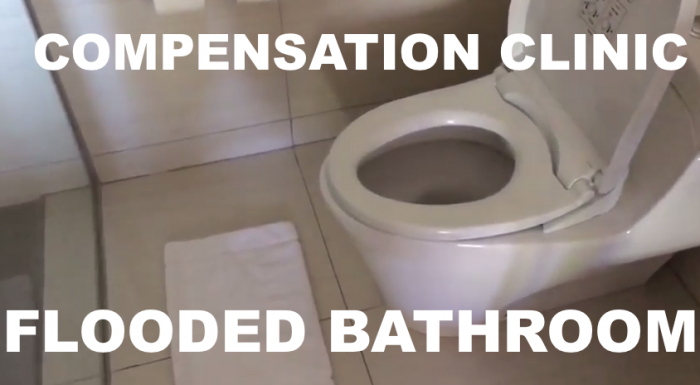 Maintenance issues in hotel rooms are the weakest link between a hotel and a satisfied guest, especially if the issue on hand occurs during the night time when you actually want to catch some sleep.

It so happened that I got back to the hotel around 11:30pm I noticed after a while that the bathroom was essentially flooded with the source being the water connector to the Toto Washlet seat on the toilet.

I put towels on the floor to soak up the water and a maintenance crew came to look at the issue at which time it was about midnight. We had plenty of our personal belongings spread all over the suite otherwise I’d have said I just change the room immediately. The work went on for an hour which was annoying at 1am.

There was a small pond in front of the rooms patio and around 5am a pump started running making a loud slurping sound when taking in the access water. I wasn’t in my best mood after four hours of sleep when I called the Duty Manager.

Later that morning I talked to the front desk manager and informed them that I wish to have the overnight charge waived and that I was willing to pay for the breakfast I had earlier (which was originally included in the rate). The manager wanted to offer me 2500 SPG points while the hotel costs 12,000 points per night. I declined this, saying that the maintenance issues basically cost me the entire nights sleep and that’s the only reason why I’m staying at a hotel.

I gave the option of either waiving the overnight charge or to credit the full 12,000 points to my account. Since the hotel has to pay for these points as well they finally chose to follow my waiver request of $140 equivalent for that night. As agreed I did pay for the breakfast I consumed. 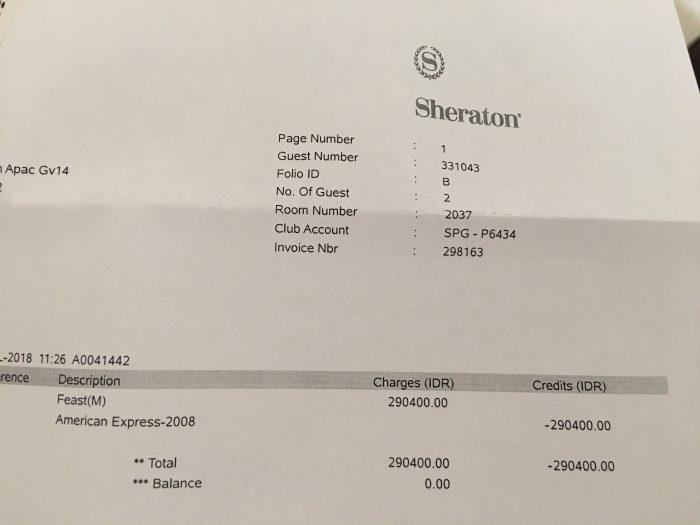 Sometimes I prefer the in-house solution for cases like these as I think it’s lots of trouble and at times pretty costly for hotels to credit points and keep track of the credits.

As I said a few times before if I’m not getting a full night of sleep due to defects of the room or noise that is in the hotels influence that that’s ground to waive that nights charge. I want a quiet room and would rather forego a suite upgrade in favor of a more quiet part of the building.

Sometimes there is very little influence over such things though and these defects happen, however these faulty items such as the toilet or the water pump can’t be the guests fault and responsibility.

Choice Privileges Buy Points Up To 30% Discount Through August 10, 2018 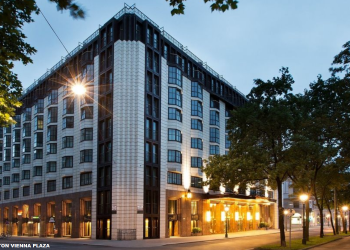