This week’s Compensation Clinic-case comes from a reader who checked in a bike with American Airlines and expected to use it in Brazil but it had been destroyed during the transportation process. 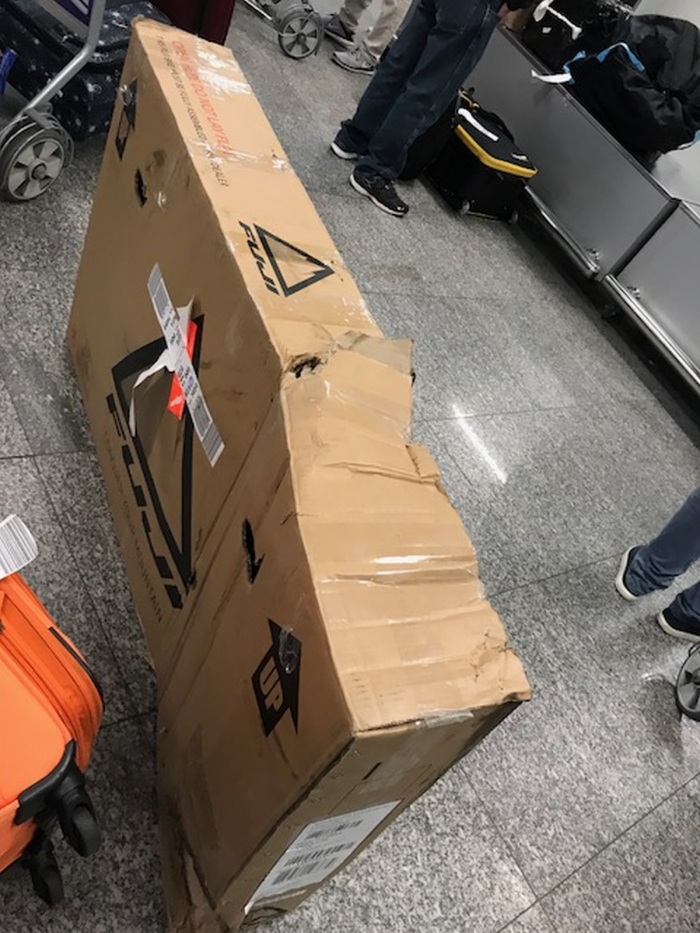 I enjoy reading your updates and wanted to share my experience checking a bike through from LAX to GIG this past weekend. I’m American Executive Platinum and checked in advance what their policy was for bringing bicycles. I’d just purchased a high end model and the dealer packed it for me for travel. According to American’s website,

“If you are traveling to, through or from Brazil, your bike will be considered a bag. Once your free bag allowance is exceeded you’ll be charged $85 for each additional bike”.

The agent did not seem to believe this and showing her the page didn’t help at first. She was certain I need to fork over $150 but finally called someone who cleared it up and I got the bike checked at no additional cost. I was feeling really good about that until I arrived in Rio to see the box had been brutally banged up. looking inside the ripped section I could see that the gears were irreparably bent and immediately filed a claim. They had an agent right at baggage claim.

Now that I think about it that should have tipped me off that this might not be a rare occurrence.

I got home and unboxed the bike to find the rear wheel spokes almost looked like they’d been cut; there was no saving the wheel. I should mention sine the bike retails for upwards of $3,000 I was being very aware that everything I did needed to follow American’s processes so they didn’t have any excuse for denying my claim. 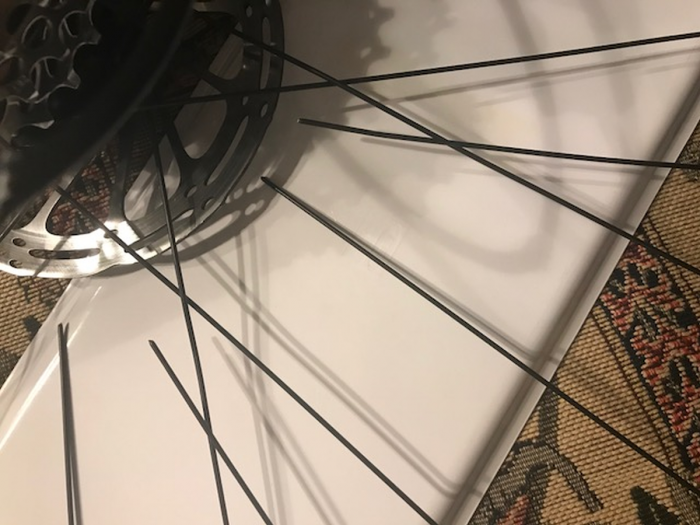 When I called the number attached to the email confirmation of claim was submission I was transferred pretty quickly to someone who read through the notes and told me he would authorize full reimbursement as soon as I sent him copy of the receipt. Since I had it on my phone already for getting the bike through customs that took about 2 minutes and I was delighted to get an email telling me that they would issue a check today for the maximum value allowed by the Montreal convention – $1,600. It’s not enough to buy a new bike yet looks like it will definitely cover replacement of the damaged parts with some left over for goodwill

Keeping my fingers crossed but it looks like AA’s going to come through and do the right thing without a lot of drama on my part.

Figured you hear a lot about bad service, might as well pass along some good.

Now that it’s complete I want to give you an update.

American Airlines issued a check for $1,600. It cost $385 to replace the damaged parts and I’ve got to say I consider the difference more than just compensation for the inconvenience of not having my bike and the hassle of having a friend bring down the replacement wheel, gears, and cables.

I’m the first one to complain when things go wrong so I want to make sure I give props where they’re due.

Seems that the reader had relatively painless compensation process with American Airlines and the check came through fast. It probably helped that he holds Executive Platinum status with the airline.

There are many horror stories about airlines destroying or losing checked luggage and then dragging their feet when it comes to paying. Glad that AA seems to have their processes in order here.

The key is always to get the PIR (Property Irregularity Report) issued immediately at the airport. You absolutely should not leave before this is done.