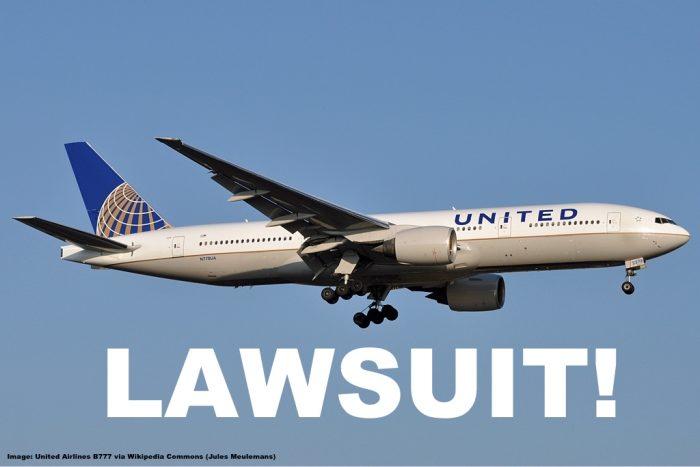 The man has in the meanwhile been fired from his position as a commercial pilot at FedEx following a criminal complaint even though he was acquitted of all charges in June 2017.

The incident happened on a flight from Hong Kong to San Francisco in the summer of 2016 when both individuals were passengers on said United flight and the lady has received an upgrade to Business Class finding herself next to the obviously drunk and aroused FedEx pilot.

Fox News (access here) reported that the lady has now filed a lawsuit against the parties involved.

A man accused of molesting a woman on a United Airlines flight in July 2016 has been fired from his position as a commercial pilot at FedEx.

Yu had the man return to his seat – which he did – but once he was seated, Dowling claims Wedl placed his “hand on the back of her leg near her buttock.”

She “removed his hand and fell back asleep,” the lawsuit states, before waking up again to Wedl “rubbing her thigh, grabbing her butt, and attempting to reach into her pants.”

Dowling said she “cried ‘stop’ and he withdrew his hand from her body.” Dowling alleges she asked Wedl what he was doing, but he only “creepily smiled at her in response.”

Dowling asked him to stop and then reported the incident to a flight attendant. She asked to be moved, but according to the suit, the United crew member told her there were no open seats and suggested she talk to her assailant instead.

Eventually a purser moved Dowling to another seat, but in the same row.

Once she landed, Dowling reported the incident to United, San Francisco police and the FBI. A criminal complaint was filed against Wedl in December 2016 in the U.S. District Court for the Northern District of California, but he was acquitted of all charges in June 2017.

Not exactly sure how the guy could escape these charges in court given the circumstances but the outcome of the criminal complaint doesn’t prevent someone from following up with civil court action which is exactly what the plaintiff in this case does.

Plaintiff Anne Dowling (“Dowling”) brings this action pursuant to the common-law of the State of Colorado and The Montreal Convention,

Dowling got out of her seat, approached a United flight attendant, and asked to move seats because of the assault. The flight attendant told Dowling there were no open seats. …

It’s hard to say in what way United’s inflight crew could have reacted here when this happens mid-flight assuming the flight was full. The most ideal case would be to seat one of the passengers far away from the other but this wasn’t possible. The crew can wait until another passenger is awake and ask to swap but I think they should be obliged to tell the person the truth why the seat change is requested. Not sure how comfortable anyone would be to sit next to a sexual predator that got over-served with liquor.

It’s very common that victims who did see their criminal case against an offender be unsuccessful but who ended up succeeding in a liability lawsuit, mainly because the burden of finding a defendant liable in a civil jury trial is much lower than a criminal trial.

Allegations of sexual assault are serious and in any case the outcome of a trial like that will depends on how to proof the allegations are actually true which requires witnesses, circumstantial evidence or a confession. The defendant has already been found not guilty in the criminal trial so let’s wait and see how this case turns out.