Our Award Success series features a redemption using some of the Iberia Avios miles from the recent, notorious 90,000 Miles promotion. 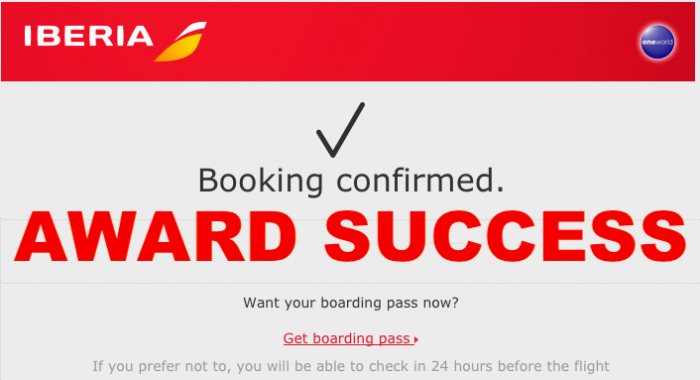 As the miles finally credited I was looking for an opportunity to redeem them quickly while at the same time paying as little as possible in fuel surcharges and airport tax.

After a bit of browsing I actually managed to find something decent and decided to give Iberia themselves a try in their new Business Class product between Madrid and Shanghai which a friend recommended to me previously. The flight was only 59,500 miles plus US$110 in tax and surcharges.

It’s a bit of a detour given I’d be leaving after Christmas from Germany and first fly down to Madrid but I will actually stay in Madrid for 2 days prior to my flight to Shanghai so it’s not all that bad.

The price is actually more than reasonable compared to British Airways which was more than double the miles and triple the surcharges:

Considering Iberias very good Business Plus product on this route there is no doubt it’s also vastly superior to anything BA could have offered me including onboard internet.

I now have 22,000 more Avios to burn but I think I will use those for a feeder flight from Germany to Madrid either by redeeming it for a Business Class flight or I’ll just book a revenue ticket and offset the price with Avios, collection BA miles and tier points in the process. During my dates the latter option is actually cheaper than booking an award ticket outright.

I’m glad I was able to use these Iberia Avios for something worthwhile and can clear the account out rather sooner than later. I purchased 9 tickets at $17 each so all in all this is going to be a bargain one way in Business Class and I’ll be able to sample a new Business Class product on a pretty long flight.

Unfortunately using Iberia Avios as a one way ticket is limited to a few airlines and getting those tickets at a reasonable rate proved to be even more of a challenge. 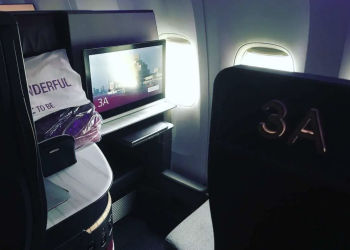