Cathay Pacific among other airlines is on the search for more eco-friendly fuel options that will help to reduce the carriers emissions drastically compared to previous levels. 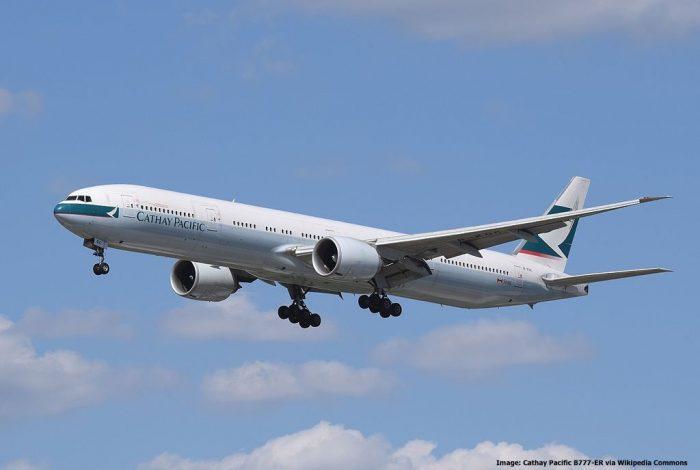 Of course a big motivation for the carriers is also their bottom line as fuel is one of the largest operational costs and is largely responsible for dictating both fortunes of the company and ultimately ticket prices that the consumer has to pay.

Cathay Pacific now had an article in their Discovery Magazine (see here) about their latest efforts to reduce emissions.

Cathay Pacific, with most of the world’s airlines, has signed up to very tough carbon reduction plans. These include a cap on CO2 emissions from 2020, and a reduction of 50 per cent in net emissions against 2005 levels. That’s challenging in its own right, but more so given air travel is set to grow. Last year, industry association IATA revised its 20-year forecast to predict a doubling of passenger numbers by 2035.

So what can be done? For one thing, new-generation aircraft can offer 15-25 per cent fuel savings against the aircraft they replace, as Cathay Pacific biofuels and emissions and trading manager Yee Chow explains: ‘We have reduced fuel use on a unit basis by 25 per cent since 1998 – mainly through the introduction of new aircraft and some operational improvements.’ …

Chow concedes that the widening gap between growth and a reduction in emissions ‘cannot be closed by aircraft technology alone’. Among the other options are carbon trading, which is when companies buy carbon credits on the open market – essentially investments in community and carbon reduction projects – and sustainable aviation fuel (SAF). These alternatives to fossil fuels are derived from organic matter such as sugar cane.

Cathay Pacific is one of the first airlines to invest in the technology behind SAFs, rather than simply buying batches of biofuel. It has committed to buying 1.1 million tonnes of SAF over 10 years – enough for about two per cent of Cathay Pacific’s current operations – from 2020 from US-based Fulcrum BioEnergy, which will create fuel from household waste. In May, Fulcrum BioEnergy broke ground on its first biorefinery at its Sierra plant, 30 kilometres outside Reno, Nevada.

The feedstock centre, which has already been built, will process municipal and household waste otherwise bound for landfill, harvesting carbon and hydrogen from the organic portion to be converted into certified jet and diesel fuel, with a carbon content 80 per cent lower than fossil fuels.

The company behind this – Fulcrum Bioenergy – has uploaded and is updating some pictures about the plant and technology on their twitter page (access here).

BP had the following slide on their LinkedIn page:

This won’t result in cheaper ticket but maybe the more industries are pushing for sustainability in their fuel consumption the more will the push relevant technology more into the mainstream.

It’s clear that fossil fuels will come to an end at some point, yet there is a lot of (both organic and non-organic) garbage that has to be processed in some way. Though since the daily demand of jet fuel is close to 6 Million Barrels per day according to current statistics.

This consumption can’t be satisfied by bio fuels at this point but certainly it should be motivation enough to push for the development of technology in this field in order to prepare for shrinking fossil fuel reserved while worldwide aviation is likely going to grow in both passenger number and cargo volume.