A while ago we received a Reader Question about escalating an issue with Marriott Hotels and their consumer affairs department to Mr. Marriott’s Office of Consumer Affairs and we have to update some details. 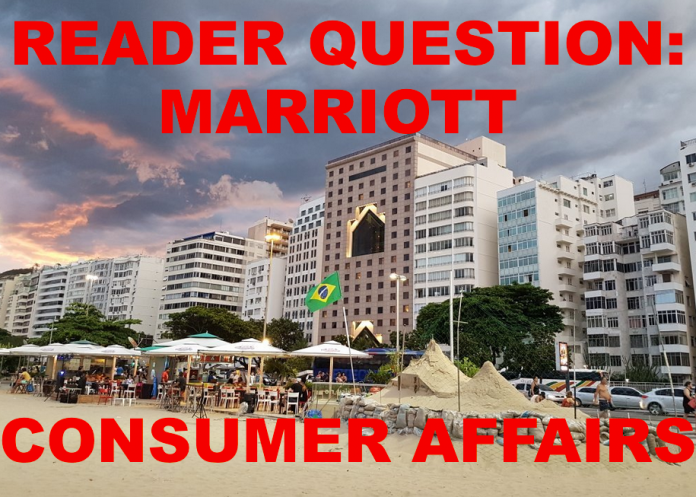 This office now apparently doesn’t take phone calls anymore (probably also due to a wave of recent merger complaints) so I want to update our readers that it’s futile calling that number at the moment.

I had to call that same number today because of a problem I have with one of their hotels that refused to cancel a future prepaid reservation I made just hours ago for next month (I made an error in the booking and called the hotel right away, nothing has been charged yet).

I previously wrote about this escalation office and how to contact them here.

For anyone curious you can still contact Mr. Marriott’s office as follows:

The phone number +1 – 301 380 3000 now routes to a switchboard which said call’s to Mr. Marriott’s consumer affairs office can’t be connected anymore. The lady was nice enough to take a note with the details I had though and promised someone would get in touch.

I personally had very decent experience with Marriott Customer Care over the years and only involved that office twice when things went sour at a hotel. It’s pretty much the nuclear options when anything else has failed to provide a proper result.

Previously it wasn’t possible to email that office – only calls or letters were able to get through. Now they took down my email and promised to get back to me. Let’s see!

I’m sad to see this option go away as I liked it as the last line of defense when a hotel or customer relations (that usually just forwards a complaint back to the hotel) refuses to get things done in an appropriate way.

Maybe the hotline will come back at some point after all this merger stuff has blown over. I can imagine tons of people calling Mr. Marriott’s Consumer Affairs hotline to unload their frustration with the new program which is all nice and well but doesn’t accomplish anything. I wish folks would keep this point of contact for property related problems where it can really make a difference.

Why I Paid For This Years IHG Ambassador Renewal Using The 15,000 Bonus Points + 10% Rewards Refund Offer