Luton Airport in the UK has been named ‘Worst Airport in Britain‘ for the third year running with Stansted and Manchester not very far behind. 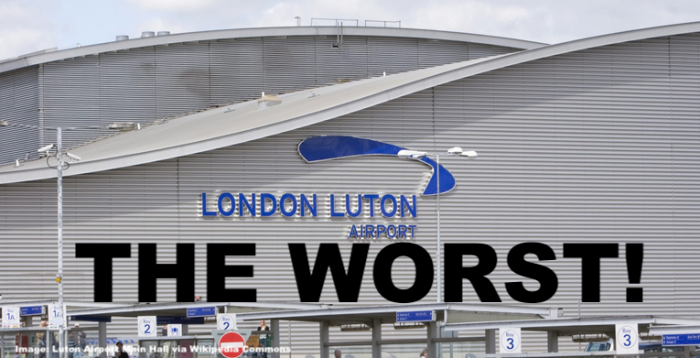 According to a study conducted by Which? Luton was rated one star (the worst possible) for its baggage drop queues, shops, seating, toilets and staff overall.

Not only is this a pretty embarrassing result but Luton is actually defending it’s place at the bottom of the pack for the third year straight. Despite it’s tiny size the airport isn’t a small player based on passenger numbers though: 16 Million passengers used the airport in 2017 and the number is expected to increase.

This was reported by the BBC (access here) this weekend and paints a pretty dismal picture where Britain’s airports currently stand.

Luton Airport has been named the worst in the UK for the third year in a row in a passenger satisfaction survey. It was rated one star for its baggage drop queues, shops, seating, toilets and staff in the Which? study.

An airport spokesman said the survey represented a fraction of passengers and that 70% of people it polled were “happy with their experience”. …

The report blamed “disastrous customer service” for Luton Airport’s customer score of 35%, based on overall satisfaction. But Nick Barton, CEO of the airport, said £160m had recently been spent on improvements.

“In the first six months of 2018, 1.2 million passengers responded to our customer service tracking, 70% of whom told us they were happy with their experience,” he said.

Customer score is based on a combination of overall satisfaction and how likely respondents were to recommend the airport to a friend.

The title of second-worst UK airport, according to Which?, is jointly held by Stansted and Manchester Terminal Three, both recording scores of 44%.

Luton is in the large UK airports category with 10m or more passengers per year, and Doncaster is classed as a small airport.

Luton is now the UK’s fifth-busiest airport in terms of people using it, carrying 16 million passengers in 2017, compared to Doncaster’s 1.3 million.

Doncaster Sheffield Airport chairman Robert Hough said he was “proud” of the “great recognition”, adding: “We have always set out to deliver a top class passenger experience, it’s what people should enjoy when at an airport.”

It’s obviously much easier to run a very small airport that doesn’t have many passengers in a clean and efficient way while Luton and well as Manchester (I have used both airports before) can be described as the doorway to hell which anyone who has been there during peak hours can attest to.

These are the Top 5 Airports according to the Which? survey results:

And here The 5 Worst Airports in contrast:

As you can see not one large airport has made it to the top five and I’m not surprised about that. It’s hard for a large airport to reach top ranks in a national poll as large passenger volume is hard to manage but that should be an excuse for the disgrace which Luton and Manchester represent.

I tend to avoid the worst offenders that rank low on my personal list but sometimes we have no choice. Luton is popular with low cost carriers as far as the general customer base is concerned (it’s also a busy private jet terminal). Manchester has a bit of everything but these two terminals that claimed the bottom ranks sees a similar clientele.

It’s really a shame because while the low cost carriers are getting better the airports seem to bear the brunt of it and unable to cope with the number of passengers.

Marriott’s Starwood Priority? Get The Bible & Book Of Mormon To 300,000 Rooms!

Reader Question: “That’s nice, we are Marriott.” – Where To Go? 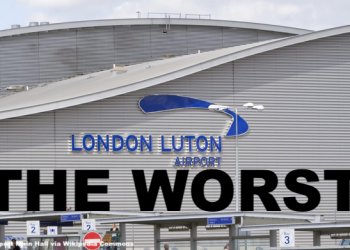