This week the Fabulous Friday is about the new Super Wifi on board Qatar Airways Boeing 777 and Airbus A380 fleet which has drastically improved their old unreliable system. 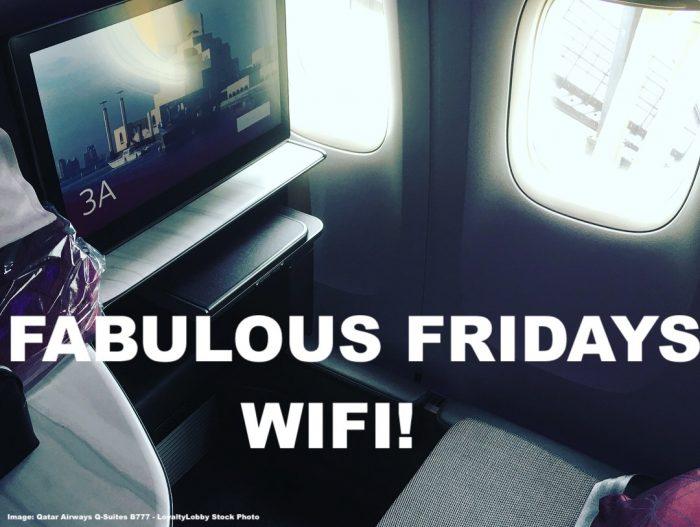 The new broadband service is in the process of being rolled out on all Boeing 777 aircraft and Airbus A350 aircraft in Qatar Airways’ fleet while unfortunately the Dreamliners & A380 will keep creeping along.

While I’m a big fan of Qatar Airways ORYX onboard entertainment system sometimes I like to use my computer or cellphone to browse emails or arrange travel while being in the air. Many if not most airlines nowadays have their planes equipped with inflight Wifi but network reliability and speed is often a problem.

Qatar Airways used to be one of the worst offenders in this area, their Wifi was notoriously slow and spotty. You kept being kicked out every 10 minutes or so and since their new ‘Super Wifi’ is being rolled out on B777 and Airbus A350 exclusively per the Qatar Airways press release in May it means problems will prevail on all other aircraft in the QR fleet, especially their A380 and B787.

I was also surprised that they now offer a full hour complimentary: 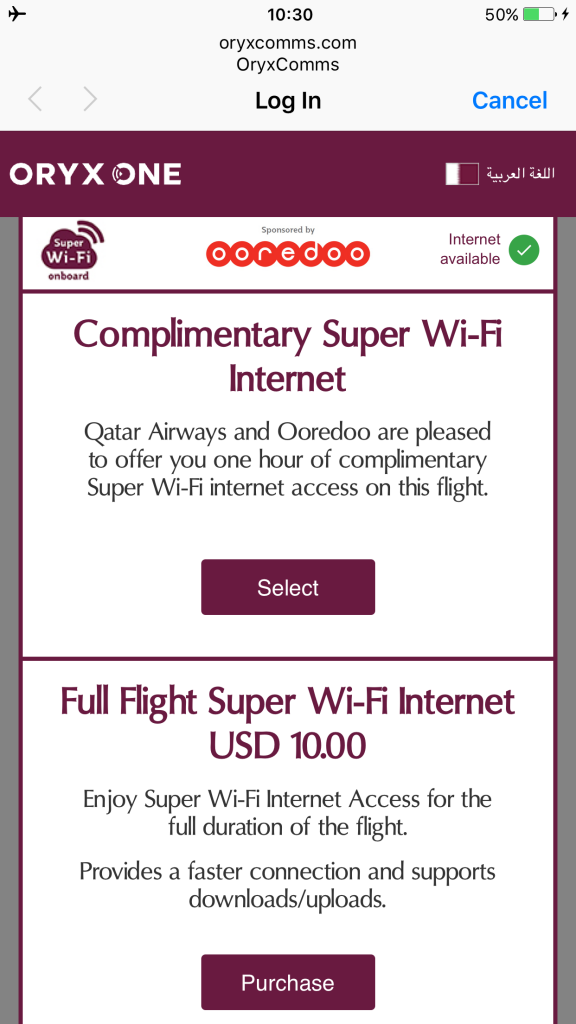 Even the rate of $10 per flight is very reasonable as most other carriers charge flat rates of up to $30 for the entire flight or even worse, charge you by data volume. 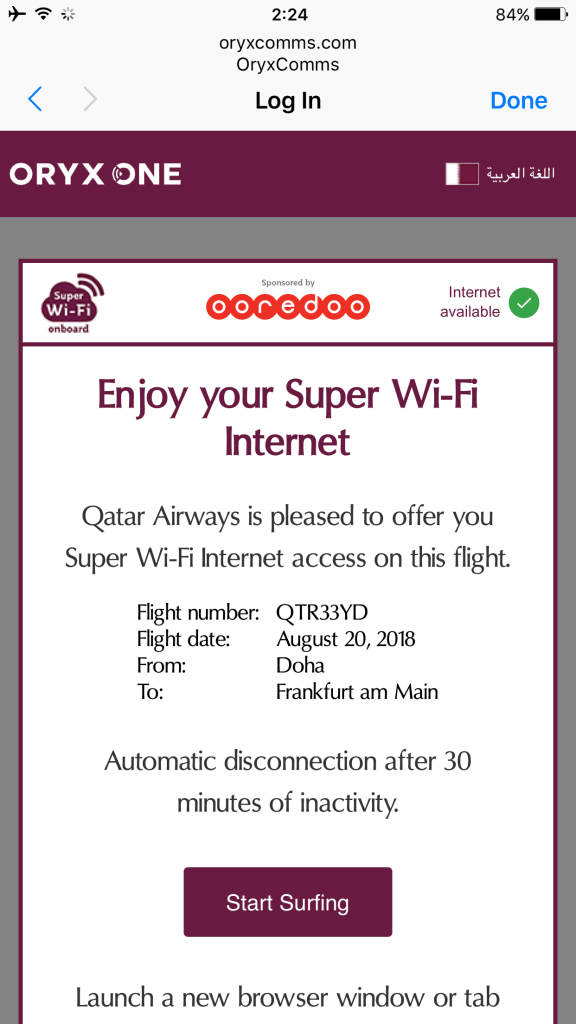 I took advantage of the one hour per device on both flights BKK-DOH / DOH-FRA so pretty much 4 hours of online services for free. The speed was excellent!

Actually I wasn’t even aware of this since I haven’t flown on Qatar Airways for a while and used some GOL Smiles to book a cheap Business Class award.

Qatar Airways passengers can now experience ‘Super Wi-Fi’ high-speed broadband connectivity using Inmarsat’s GX Aviation technology. The broadband service is being progressively rolled out on all Boeing 777 aircraft and Airbus A350 aircraft in Qatar Airways’ young fleet. Qatar Airways is the first airline in the MENA region to have invested in the technology to provide this quality of service for passengers.

The progressive fit-out will equip its Boeing 777 and Airbus A350 aircraft with the new technology. Passengers on flights fitted with GX Aviation can receive one hour free access to the ‘Super Wi-Fi’ to further enhance the award-winning level of service provided by the world’s best airline. If more time is needed, passengers can purchase full-flight access to the service selecting from a range of affordable options.

Qatar Airways Group Chief Executive, His Excellency Mr. Akbar Al Baker, said: “In another first for the MENA region, Qatar Airways passengers can now enjoy high-speed broadband connectivity, providing rich content without restriction, whether using the internet for work or relaxation during their journey. Business travellers in particular will be able to maximise their ‘office in the sky’ with seamless continuity.”

President of Inmarsat Aviation, Mr. Philip Balaam, said: “Qatar Airways is renowned as one of the greatest innovators in global aviation with passengers being at the centre of everything they do. We are delighted that they are now pioneering our game-changing GX Aviation inflight broadband across the globe. …

I dug that out from the QR Website as quoted above after I wanted to read more about when they actually installed this because all I had in my memory was the bad experience from previous flights.

Airlines should really get state of the art technology and offer those to the customer. There is no excuse for an airline like British Airways to have pretty much no plane in the air that has Wifi. Their competition offers this for almost 10 years now. Has this been arrogance or negligence?

I know many folks who are happy that their time above the clouds is a zone where they can’t be reached and relax but I’m all for choices. Nobody forces you to switch on your phone or computer but for those of us who do and are even willing to pay for it I think the service should be provided. Hopefully Qatar will also equip their other planes with the new system! 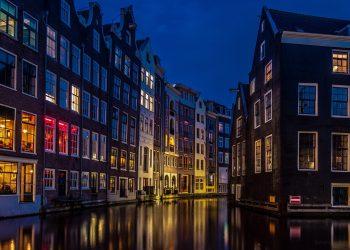 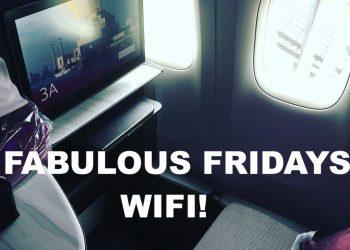