UK In UAE Warns: Get That Alcohol License & You Can Be Arrested If Transiting Under Influence Of Alcohol

There has been been plenty of discussions over the years about the consumption of alcohol in the UAE and some of the more liberal Emirates such as Dubai and Abu Dhabi. 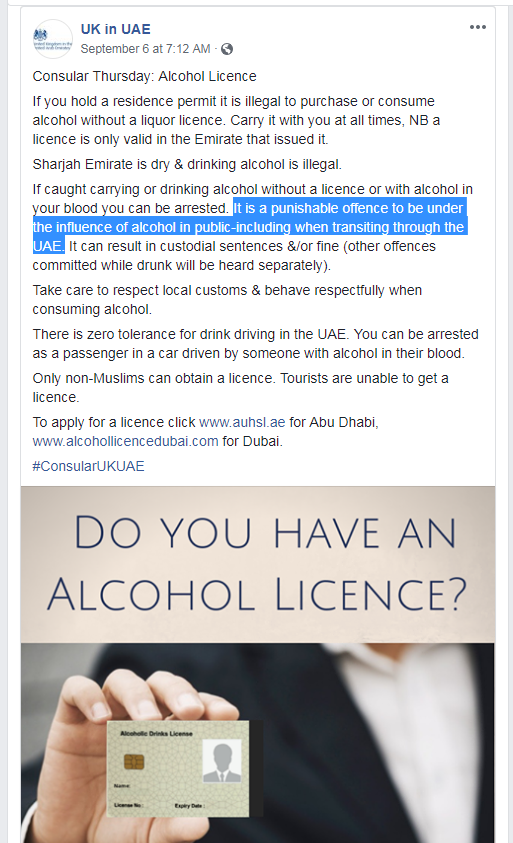 Now, UK in UAE (British government’s consular Facebook page for the country) reminds Brits living and visiting the country about the alcohol laws that are quite draconian and may get free wheeling tourists in deep trouble and jailed for weeks.

If you hold a residence permit it is illegal to purchase or consume alcohol without a liquor licence. Carry it with you at all times, NB a licence is only valid in the Emirate that issued it.

If caught carrying or drinking alcohol without a licence or with alcohol in your blood you can be arrested. It is a punishable offence to be under the influence of alcohol in public-including when transiting through the UAE. It can result in custodial sentences &/or fine (other offences committed while drunk will be heard separately).

There is zero tolerance for drink driving in the UAE. You can be arrested as a passenger in a car driven by someone with alcohol in their blood.

Only non-Muslims can obtain a licence. Tourists are unable to get a licence.

To apply for a licence click www.auhsl.ae for Abu Dhabi, www.alcohollicencedubai.com for Dubai. 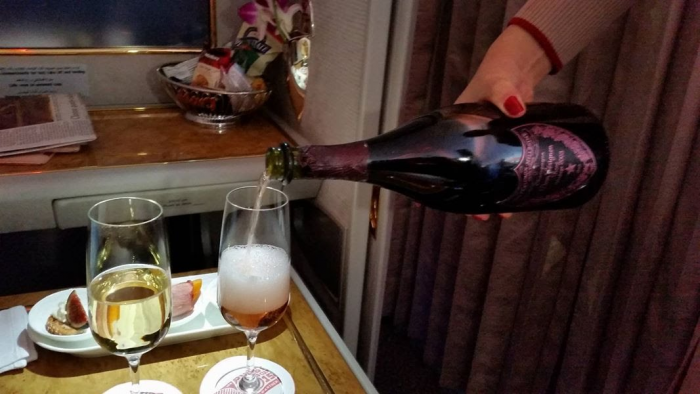 Liquor licences are not available to non-residents, but it is possible for tourists and visitors to buy and drink alcohol in licensed venues, such as hotels, restaurants and clubs. However, you should be aware that it is a punishable offence under UAE law to drink or be under the influence of alcohol in public. British nationals have been arrested and charged under this law, often in cases where they have come to the attention of the police for a related offence or matter, such as disorderly or offensive behaviour.

Generally, the legal age for drinking alcohol is 18 in Abu Dhabi, but a Ministry of Tourism by-law prevents hotels from serving alcohol to those under the age of 21. In Dubai and all other emirates besides Sharjah, the drinking age is 21. Drinking alcohol in Sharjah is illegal.

Passengers in transit through the UAE under the influence of alcohol may also be arrested.

This alcohol situation in UAE at emirates where tourists can consume it at licensed venues is really confusing. You can get arrested for having alcohol in your system once you step out from one of these venues or even being in transit at the airport.

You need to have a license outside of licensed venues but tourists and Muslims cannot get them (and you often see Muslims consuming alcohol at the bars regardless and good for them).

Police is not checking tourists in the streets of Dubai or at the airport if they have consumed alcohol. This comes into play if someone reports you or if the police wants easy way to charge you (perhaps other offenses are more difficult to prove) and you have had adult beverages.

I just keep reminding readers that they need to keep their guard up in UAE and not let their hair down.