Our Whine Wednesdays topic this week is British Airways and their appalling customer service level that seems to have manifested itself in their everyday operations and customer treatment. 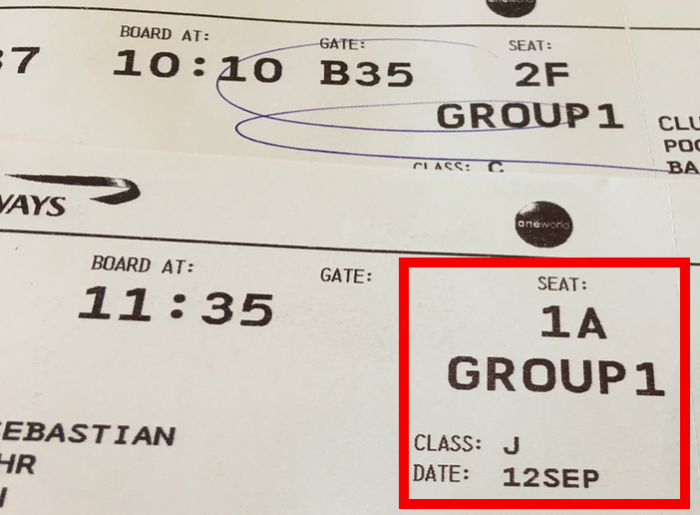 This case handles a BA flight from London Heathrow to Seoul Incheon that was operated by a four class aircraft with three class service, allowing BAEC Status customers to select First Class seats for their Business Class flight but later BA decided to bump passengers off again.

We have covered special seating options such as these many times before (see my Fabulous Fridays article about Thai Airways from last year) and there was never any issue but apparently British Airways thinks it’s appropriate to change their mind 5 minutes before boarding and move their BAEC Gold customers back to random seats in the Club World cabin.

I had selected Seat 1A from the very beginning with four other seats showing that they were taken already and also obtained boarding passes for 1A at check-in. 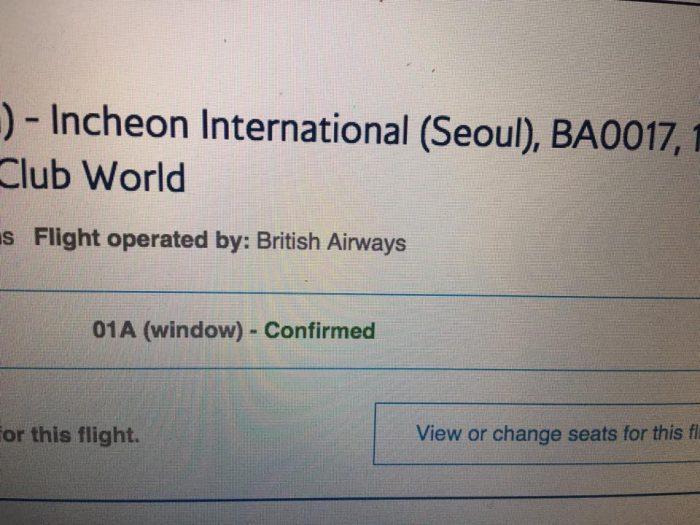 At Boarding BA decided that they might want to keep the front cabin to themselves for crew enjoyment, kicked the five passengers out of their seats and moved them back to random Club World seats. Subsequently all seats in the forward cabin were blocked. 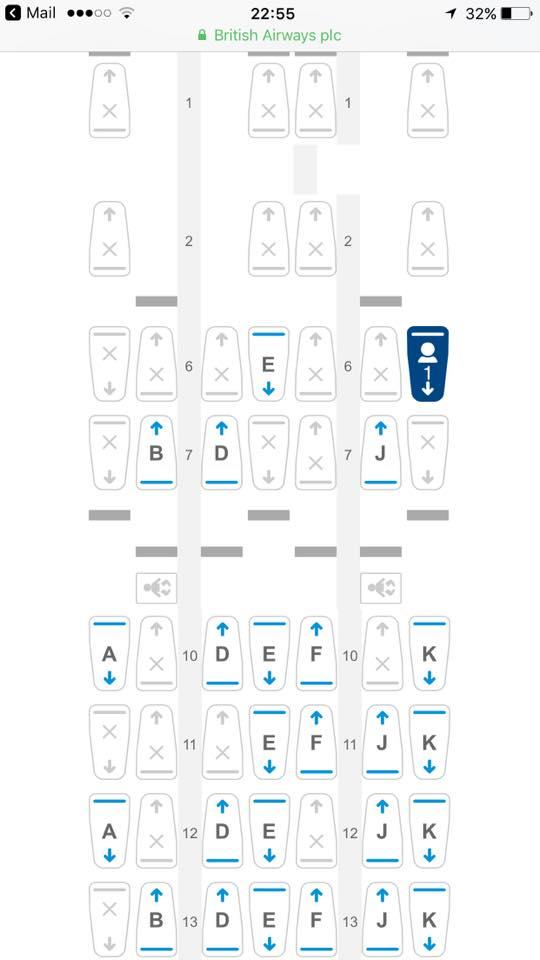 The only reaction the British Airways customer service staff had regarding this was “we can change your seats whenever we feel necessary”. A few not so nice words were

Needless to say I immediately contacted the customer service manager on board and asked him to stop by when he finds time after takeoff as I’d like to file a report (BA cabin crew can lodge customer service complaints instantly with their iPad, this helps to speed up the process should Customer Service have any questions later as the file comes directly from the crew).

We want to make sure you are as relaxed and comfortable as possible when you fly with us and we know how important it is for you to get a seat you’re happy with. We’ll always try to honour any seating requests we receive in advance, but I’m afraid we can’t guarantee you’ll be able to sit in any particular seat.

We can change your seat at any time, even after you’ve boarded the aircraft as we may need to do this for operational, safety or security reasons. However, I realise this doesn’t change the impact this had on your journey and I’m sorry you’re feeling let down.

No kidding. Maybe it would be great if British Airways would for once have their IT under control and stop annoying their customers. This would have been a no-issue had they not opened up the seatmap for the front cabin in the first place. On top of it all it was only possible for BAEC status customers to select these seats as a travel companion without BA status could select a seat in the First cabin with the Club World ticket.

That BA charges non status members in Business Class to reserve a seat is another joke. Especially since their seats are really nothing special anymore. British Airways pioneered the lie flat Business Class but has since then done absolutely nothing to improve their cabin in any substantial way. The seats are still crammed, scratched up and often dirty (blends in with the cabin and bathrooms).

Why pi** off five BA Gold members just to leave this cabin empty or use it for cabin crew pleasures? And this isn’t even about what the airline can legally do, seat changes happen all the time. This is pretty much a cabin change and even though the passenger wasn’t ticketed for the front cabin it was possible to select this seat from the very beginning.

I could have flown Asiana with a much better schedule for roughly 200 EUR less but I thought a BA First seat couldn’t be that bad even though the service and catering would be horrendous as usual (I always carry my own food when flying BA Business Class and the onboard meals are inedible – what I saw on this flight again looked absolutely gross). Thankfully my remaining flights are BA codeshares operated by JAL and Qatar Airways.