As I recently wrote about the ANA Mileage Club Status Match which was targeted to some IHG Rewards Club members I looked into option how to rack up more miles and re-qualify in the future for ANA Status.

I found that ANA does offer a credit card in the U.S. which also reduces the basic qualification hurdle and offers a 25% bonus, however the sign up bonus is mediocre and there are some other drawbacks.

We wrote about the ANA Status Match promotion here and my success report here.

As mentioned in that article I mapped out a strategy how to renew the Platinum status with ANA and since the value for redeeming ANA Mileage Club miles is quite good I decided to have a closer look at their credit card. Usually we don’t do many credit card reviews here on LoyaltyLobby and in any case don’t refer them here through marketing links but this was an interesting niche product that got me curious.

Generally speaking using an airline affiliated credit card is always a good way to boost your mileage account and receive certain airline specific benefits but the devil is in the detail.

You can find the ANA USA Visa Card (issued by First National Bank of Omaha) here.

The big three hits with the hammer straight up: The welcome bonus is a mediocre 5,000 ANA Miles and all you get is 1 mile per US$1 spend irrespective of the category. And the worst: A whopping 3% foreign transaction fee for all purchases completed abroad. There is no referral bonus either.

This is a card you keep for the benefits associated with it. It rarely makes sense to put any actual spend on the card unless it’s at one of the merchants where you get a substantial discount by using the card.

Another big advantage is that for those who are expats or new arrivals to the U.S. the bank (First National Bank of Omaha) has an agreement for this card as well as the JAL card that they can assess ones credit worthiness based on payslips if requested. I didn’t use this as I applied the regular way but for someone who wants this as his first U.S. credit card that’s certainly a better option than getting a secured card from a random credit card company/bank.

I was curious and applied for the card in August when they had a fee waiver promotion for the first year (usually US$70 per year). All of the applications for this product apparently go through a manual approval process and my card was approved within 3 days.

What are the actual benefits? 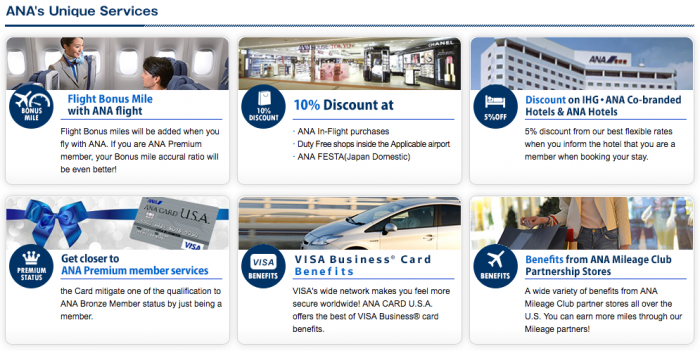 The main benefits in my opinion are

Keep in mind that it makes very little sense to pay with this card to get a small discount and pay a 3% foreign transaction fee while leaving other discounts on the table. For example when I go to Korea and pay with any Visa Card I usually get 15% when I buy 2 bottles of champagne. And I can use any card especially one that doesn’t have a foreign transaction fee.

How does the card benefit you when flying and accumulating miles?

Here is an example for members without any ANA Status for a flight LAX-NRT in a 100% earning Economy Class: 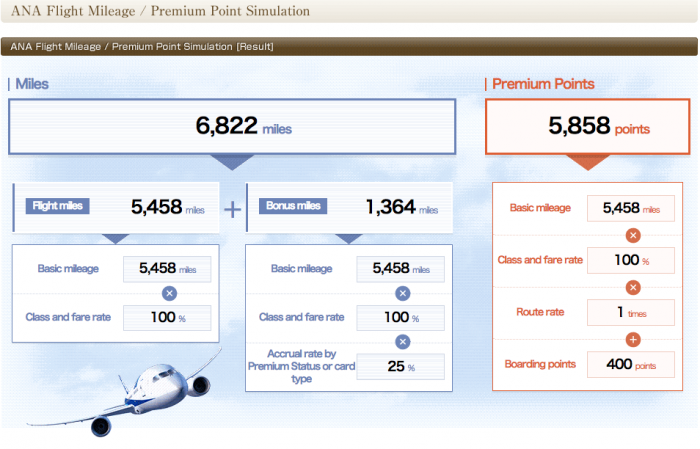 Compared to the calculation for Platinum members: 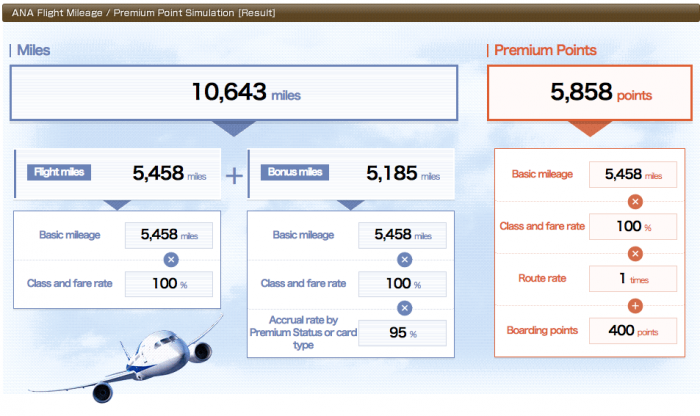 So the 25% bonus on redeemable award miles just for holding the card is definitely valuable in and for itself if you fly ANA on a regular basis.

For status with ANA mileage club the system runs on Premium Points: 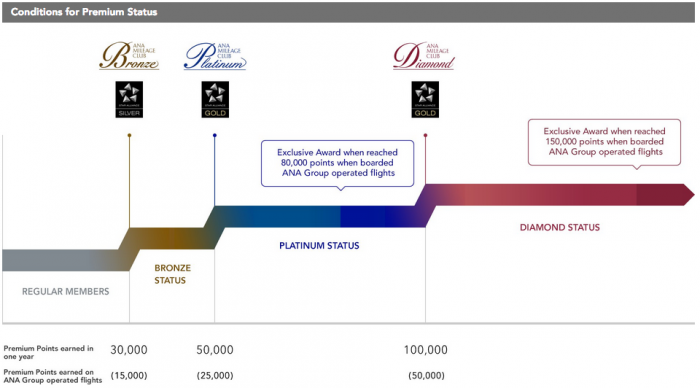 ANA CARD U.S.A. Primary card holders who earn 30,000 premium points or more within one year will be qualified for ANA Bronze Service membership status even if they do not meet the 15,000 points requirement for ANA Group operated flights.

So I guess one would be able to keep at least Bronze status but it appears that for Platinum (Star Alliance Gold) the customer still has to fly 25,000 miles on ANA which is 50% of the total requirement.

This credit card product is simply benefit oriented and a good starter card especially for overseas ANA Mileage Club members who are new to the U.S. or will stay temporarily as students or expats. There are some compelling arguments such as the 25% bonus miles that might be worth the $70 annually but you have to do the math here.

I don’t like the foreign transaction fee at all especially if it’s an airline card targeted at travelers. It’s actually rare these days to have a U.S. based card that charges such a fee.

If you’re an ANA Mileage Club fan and like to use a credit card to boost your mileage balance I suggest using an American Express card that collects membership rewards such as the Amex Platinum / Premier Rewards Gold charge card or the Everyday Preferred credit card. Amex Membership Rewards transfer 1:1 to ANA Mileage Club but the earning potential is much better especially for airfare on the charge cards and everyday expenses (gas stations, supermarkets, restaurants) on the Everyday Preferred.