Whine Wednesdays: Dynamic Currency Conversion (DCC) Scam (Why It Pays To Use Amex)

It is good time to whine again about the Dynamic Currency Conversion (DCC) scam now that I managed to get a good shot in Peru from a sign that claimed that it offers “preferential” exchange rates (perhaps for the mechants!). 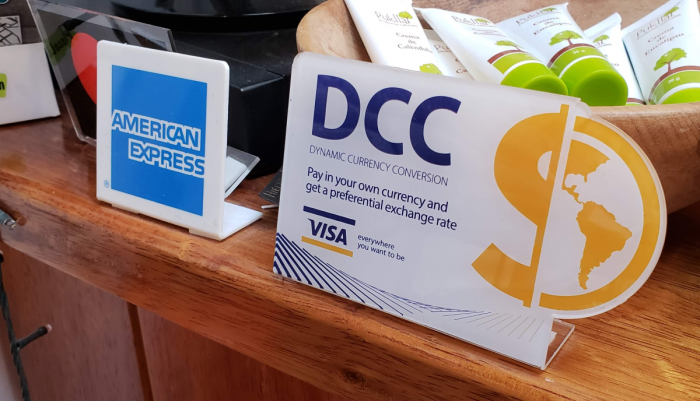 What is more amusing was the fact that this DCC sign from the Visa was next to a sign that shows that they also accept American Express that explicitly bans merchants from doing these conversions on their network.

You know that you are being DCC’d when you are asked if you would like to settle in your home currency instead of the currency of the country you are in (there are very few exceptions to this).

They always forget to tell you that there is a fee of 3% to 5% added to the currency conversion that is usually shown on a very small print on the slip or merely the bad conversion rate is displayed (without proper disclosure). Visa and Mastercard networks are prone to this.

Even when you decline this conversion and you are given a slip that shows both currencies, it means that the charge has been put through as DCC. The slip should only show the currency of the country you are in and nothing else.

I have been saved from this DCC headache as of late after moving most of my charge activity from Visa and Mastercard to American Express that bans it. You come across with this DCC even with online merchants such as Amazon. My advice is to always decline. It is never to your advantage.

The merchant benefits from the DCC because their bank/processor splits the overcharge with them. I often chats with hotel employees and they state that some guests prefer knowing the total charge on their own currency (and they end up paying 5% extra for the stupidly of not knowing how to use a calculator). 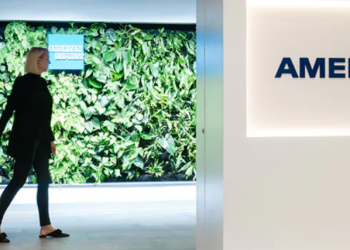 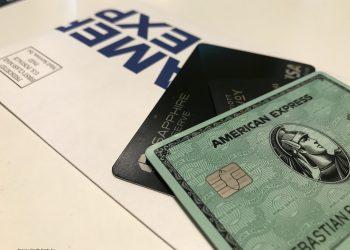