A LoyaltyLobby reader sent us an email about his dissatisfaction with IHG Rewards Club InterContinental Royal Ambassador upgrades that are no longer as good as they used to be. 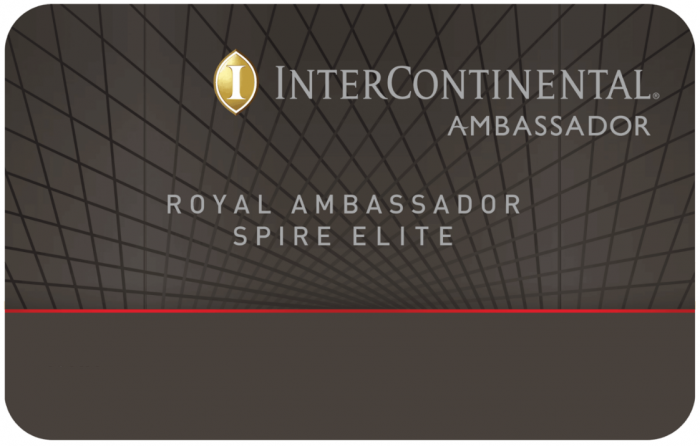 You can access IHG’s page for InterContinental Ambassador program here.

As an Intercontinental Royal Ambassador I become dismayed at the number of properties who once provided generous upgrades to jr and one bedroom suites now announce upon checkin they all but eliminated suites from upgrades unless a room is booked whose price approaches that of a suite.

I understand the hotels are enjoying vastly improved occupancy rates. Is this the reason. Do you believe that the major reward programs will continue to limit elite upgrades?

Previously, Royal Ambassador members were guaranteed a suite or ambiguously an executive room but Club access was up to the hotel. Those hotels that now give crappy upgrades didn’t used to give club lounge access (now they have to).

Then there is the InterContinental Sydney that used to give very nice upgrades to corner suites for Royal Ambassador members that now processes them by the book (you barely notice them). I also don’t like the club lounge at this property at all. For me the club lounge is a place to conduct business and work and at this hotel it is basically a bar/restaurant with a view.

You would think that IHG Rewards Club/Ambassador program could have positively enhanced the upgrades once the referral program was killed and $10K spend requirement was instituted where only InterContinental stays count towards the status?

I have started to question whether it makes any sense to throw $10K for stays at InterContinentals when the list of ICs where I refuse to stay due to bad Royal Ambassador treatment just grows?

The only unique benefits over other hotel chain top tier ones are guaranteed 8AM check in and complimentary minibar beverages.

I would say that I currently get better upgrades at Marriwood (Marriott & Starwood) as Platinum Premier Ambassador member than as a Royal Ambassador at InterContinentals. Even here in Santiago (where I am typing this), I nowadays get better upgrades at the DoubleTree as a Hilton Diamond than at the InterContinental next door (I refuse to stay at that hotel due to numerous service issues and lack of meaningful upgrades).

It is just difficult to drop the Royal Ambassador status because there are some hotels that I like and I couldn’t think of setting my foot at InterContinental hotels without being an RA. I would not, however, try to get this status from a scratch at this point that would require you to spend minimum of $10K at InterContinental hotels as an Ambassador without any guarantee of getting it. I would just get top-tier status at Marriott/SPG, Hilton or Hyatt.

I have been contemplating just renewing my RA for the last time this year and burning my 3 million or so points for InterContinental stays next and be done with the program.