Last week, we wrote (access here) about Marriott Rewards points to airline miles conversions after several readers contacted us regarding these that used to work without a glitch with both legacy Marriott and SPG programs (like many other things). 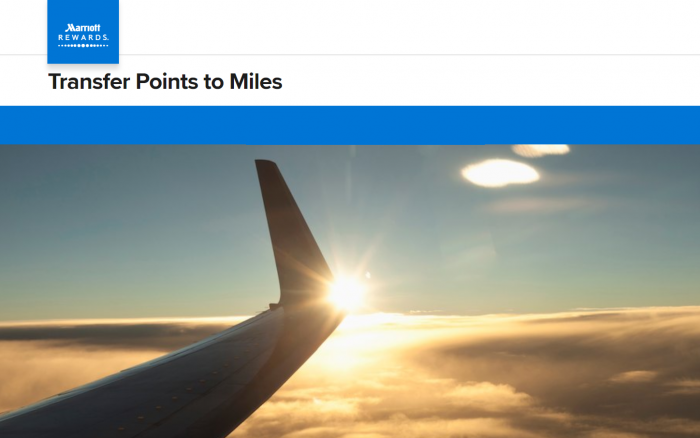 Members weren’t receiving the miles that they were promised by Marriott Rewards, the process was taking much longer than usually and customer service was not replying to support messages sent.

You can access Marriott’s page to points to miles conversions here.

Just want to give you an update. The 2 missing miles has posted in Alaska account on 10 October 2018. Furthermore Ms. REMOVED from Marriott side contacted me yesterday, she even offered 5,000 MR points as a token of goodwill from their side.

Here’s what we wrote earlier:

Here’s an email from a reader Marriott Rewards to Alaska:

Is there any kind like a consumer protection board for me to submit complaints regarding Marriott Rewards?

I submitted complaints to Marriott via email a few times, none of my complaints get responded from Marriott side.

I tried to reach Marriott via Twitter, but up until now I am not receive any assurance that my issue would be solved anytime soon.

Perhaps lost of 2 miles isn’t a big issue for some. But for me it is, I can’t satisfy my desired redemption because of this issue. And it’s my right as a customer I guess.

I would really grateful if you can help me out or perhaps advising me what to do in this situation.

And here’s another experience from a transfer to Aeroplan:

I originally wrote you on October 7, 2018. I thought I should update you that Marriott Rewards finally transferred points to Aeroplan as of today. It took about 3 weeks since September 17. So if you get any more questions about this, it looks like the Marriott “Transfer Desk” finally came through. Interestingly instead of 20000 points being transferred I got 19998???? I am not alone, as others members on Flyer talk also had the same odd number of points transferred to Aeroplan. Not about to quibble over 2 points, but it would be interesting to find out what happened to all those points which could add up over time?

Go figure??? Now I just have to wait for Aeroplan to give me the 35% bonus points. after contacting Aeroplan, they have said it will take 4-6 weeks. Not sure if that is from September 17 or from today October 9, 2018.

You would say that normally couple of miles is not huge deal but:

1. Members often convert exact number of miles needed for an award like the member had tried to do on the Alaska MileagePlan example and now is 2 miles short.

2. There are often conversion promotions that may require member to hit certain thresholds or there won’t be any bonus. Those two miles may mean whether you get another 10,000 miles from the airline program or not.

I forwarded one of these emails to Marriott spokesperson but didn’t hear anything back.

UPDATE: We received the following statement:

There was a transfer issue for four airlines that was corrected last month. I’ve asked to our call center to quickly respond to the member.

Here’s what readers should do if they defrauded by Marriott Rewards:

1. Open a case with the Attorney General of the state you are living in (United States) against Marriott

2. Contact consumer ombudsman in your country and ask them to open a case against Marriott International in your jurisdiction.

Good that Marriott Rewards seems to be working to fix the issue with these points to miles conversions and to make the members that were shorted whole with their transfers.

As I pointed out on the original piece and what was important for the reader too, sometimes members convert an exact amount that they need for an award to a mile.

I was quite surprised on some of the comments on the original piece that were suggesting that we shouldn’t mind if the transfers are short like Marriott would be doing us a favor (they are not). They are a business and trying to extract the maximum value out of us using the Marriott Rewards and we should do the exact same. Businesses are not your friends and you should not become emotionally attached to them.