This week I learned something new about Priority Pass as it appears that some lounges (in this case the Air China Business & First Class Lounge in Beijing) have introduced Blackout Hours.

The Air China Business & First Class Lounge is no longer available to Priority Pass customers between 22:00h – 06:00h despite actually being open and used by other (CA/Star Alliance) passengers.

I left on Malaysia Airlines the other day and noticed they now issued invitation cards for the BGS Premier Lounge instead of the Air China lounge which they used previously.

The Air China Lounge was a bit closer to my gate and I thought about using my Priority Pass to just use that one instead of the rather small and inconvenient BGS Lounge (elevator is often broken and just has a steep stairwell which isn’t great with carry on baggage).

To my dismay I was presented with the sign above stating that – at least for the purpose of Priority Pass – the Air China Lounges only admit PP customers between 6:00h – 22:00h.

This was at 00:30h by the way and the lounge was pretty busy with passengers from other flights so definitely not closed. There are plenty of very late Air China flights ex Beijing Capital and the SWISS flight is also departing at a very ungodly hour.

To be fair though, these time limits are mentioned on the Priority Pass app, I just didn’t check it: 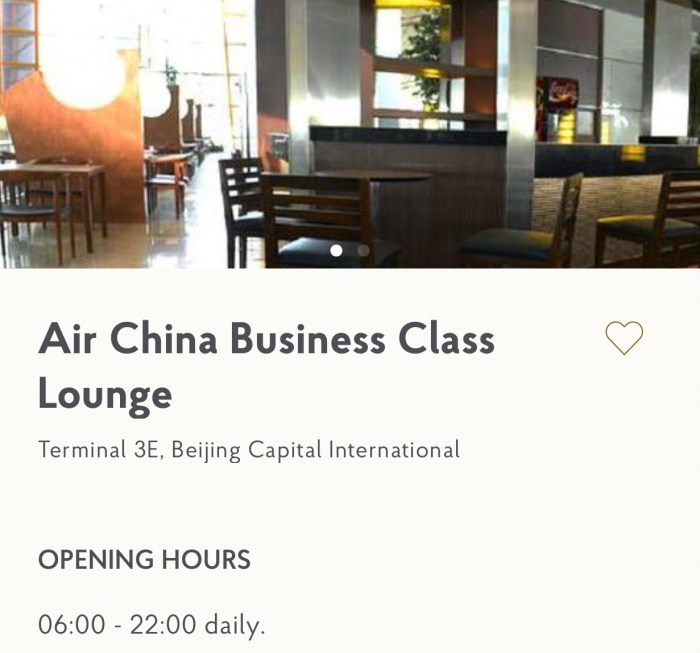 So yes, it’s properly declared and there is nothing wrong with it just like the lounges always reserve the right to turn away passengers due to “capacity reasons” but it’s strange nevertheless.

I already had an invitation to the BGS Lounge from Malaysia Airlines so I used that one. It’s really not a terrible lounge at all, they even had decent hot food at midnight as well as a small selection of spirits. Just the location is a bit inconvenient depending on where your departure gate is (PEK is a huge airport),

Priority Pass has pretty much no enforcement power with their partner lounges that could keep them from limiting service hours or turning customers away. Of course the nuclear option is to terminate the entire agreement and lose the lounge partner entirely as it happened with Alaska Airlines. The airline was notorious for playing games with PP access at various locations and people were raging all over the place, giving Priority Pass a bad name.

Bottom line is if you plan to use a lounge, especially outside common business hours best reconfirm with the app if the lounge access Priority Pass memberships at that time.

Update: Details Of All 57 Plaza Premium Lounges That Will Leave Priority Pass on July 1, 2021