Our Whine Wednesday topic this week is about meal service during redeye flights, especially if it includes preparing extremely smelly food and the crew is noisy on top of it all.

Usually when departing very late, especially after midnight one isn’t really in the mood to eat and have a full table set but rather go to sleep as soon as possible – especially in First & Business Class.

I had this experience on Sunday when departing with Malaysia Airlines at 1:30am from Beijing which is a pretty harsh departure time to begin with but I was able to mitigate it by booking the hotel for an extra night and get to the airport around midnight (best investment one can make unless there is a planned schedule for the evening).

During my brief visit to the lounge I had a small warm snack and planned to sleep as soon as I was onboard but it wasn’t meant to be.

The flight left on time at 1:30am but then the crew started the service in Business which took them a whole one and a half hours. It was short before 3am when they finally got done with their thing and it wasn’t even a full meal, just the satay and beverages. I managed to catch some sleep in the meanwhile thanks to Noise Cancelling Headphones.

2.5 hours (!!!) before landing they again began service on this six hour flight and started to serve breakfast.

So to get this straight, this was a 6 hour redeye flight departing at 1:30am and they let people sleep for 2 hours. The rest of the time is spend with annoying announcements and rummaging around in the cabin. Plus it wasn’t just the noise. The entire cabin smelled horrible, like a canteen. What a total disaster!

I was even more surprised that some people actually ended up sitting there and eating. Who does that at 2am??

This was absolutely horrible and just proof that Malaysia Airlines has totally lost their marbles in every possible way. How can they even think that it’s ok to schedule the service this way and not make it a discreet “on demand” in a darkened cabin?

Serving breakfast is of course the norm but 2.5 hours prior to arrival? Yes I’m sure some people would complain if they wouldn’t offer anything at all but does it need to be a hot dish at 2am that requires using the oven and contaminating the entire cabin?

Korean Air has many late flights ex BKK to Incheon for example and they don’t operate it that way. They serve something quick and then shut down the lights – as it should be.

Le Club AccorHotels Worldwide Up To 40% Off Private Sales October 24, 2018 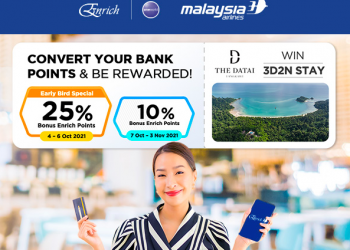