In addition to the reported gutting of the World of Hyatt Cash&Points awards the program also added a little footnote in their surprise email that the two United Airlines Club passes for Globalist will be discontinued. 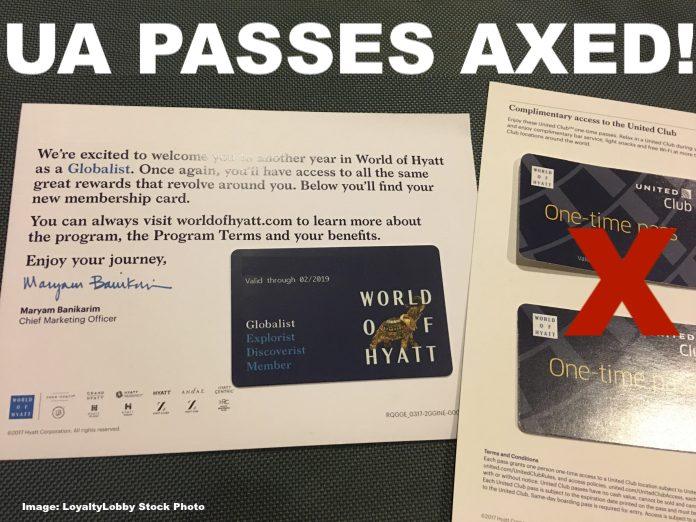 Hyatt tends to dish out the good news all at once so they probably thought why not wipe the plate clean at the same time and slash a few more Globalist benefits.

John has already written about Hyatt gutting the Cash&Points awards in a weeks time which is already quite grotesque as a timeline.

The email Hyatt sent out tonight also included the following footnote which isn’t even mentioned in the dedicated website for the World of Hyatt changes itself:

So according to this message “Starting January 1, 2019 Globalist members will no longer receive two United Club one-time passes upon achieving Globalist status.”

What about members who (re-)qualify for Globalist prior to January 1st during the current membership year, will those members still get their club passes?

I previously wrote about Hyatt sending out ‘leftovers’ of these United Club Passes that expired several month from the distribution date. It would certainly explain why they didn’t send out fresh ones anymore if it was the plan all along to terminate this partnership between United and Hyatt.

It could have been United too who decided that the partnership is no longer worth pursuing for various reasons. I’m sure they have data how many of the passes are actually consumed and the numbers just don’t outweigh the effort of actually putting the material out there. Especially if there is some form of compensation involved.

I really don’t like how Hyatt put on the screws tighter and tighter over the years and especially since the introduction of World of Hyatt. What Hyatt did was essentially weed out members who were “25 Night Diamonds” and previously qualified for the top tier through stays by setting the minimum requirement to 55 nights.

Indeed I was able to get significantly more suites at certain properties that used to be quite difficult but there were at least just as many hotels where I had to push them hard in order to get my benefits per T&C. I could write a book about the excuses why they can’t offer the Standard Suite at the moment. Now Hyatt is again at it and chopping away on the program benefits rendering the cash&points awards practically useless by charging 50% of the Standard Rate plus the points required. This can be as much as triple the current values. 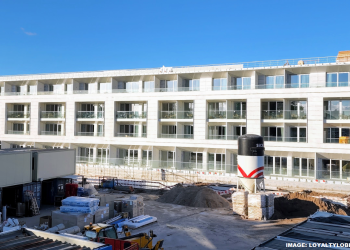 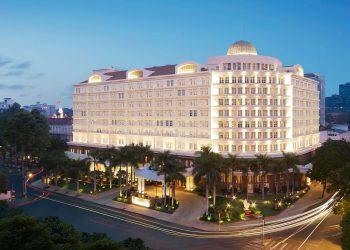 Welcome to our weekly video review on hotel suites and rooms around the world! This week’s edition features the Lam Son... 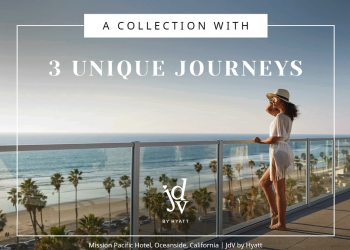 World of Hyatt has launched another promotion for co-branded credit cardholders. The 20% award rebate is valid at Hyatt's Independent...